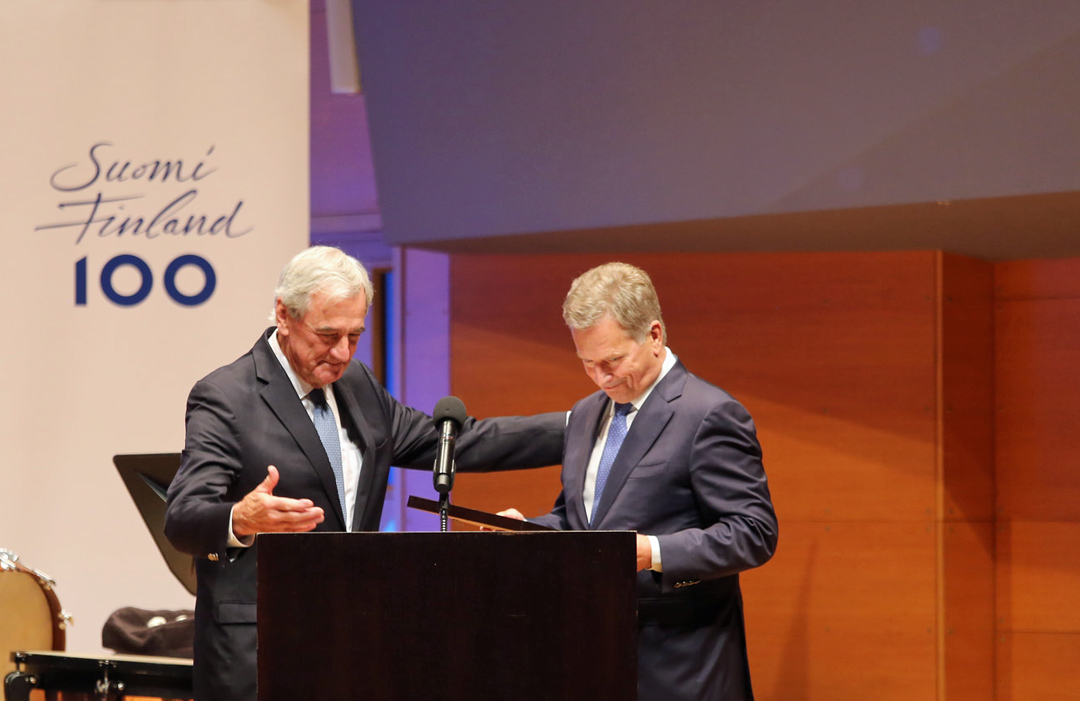 “As you know, Finland’s independence was not self-evident. Nor was our road to becoming one of the most successful countries in the world an easy one,” President of Finland Sauli Niinistö said.

“I would like to thank the generation that fought and suffered during the war. I especially want to pay tribute to the war veterans for their sacrifices made while protecting Finland. Without them, we would not have retained our independence,” he continued.

President Niinistö said that he felt independence made it possible for Finland to hold on to Western and Nordic values and democracy.  Sisu was also needed for Finland to reach its status among the world’s top countries according to various indicators.

Many Minnesotans are of Finnish origin

Finland’s relationship with Minnesota is a special one, as the state is one of the most important areas to which Finns have migrated. Today, approximately 100,000 people of Finnish decent live in Minnesota. President Niinistö said he very much valued their positive contribution on behalf of Finland.

“You as Finnish Americans represent the finest qualities of the Finnish people. Hard work and a will to succeed – sometimes against all odds – have allowed you to build a new life and a better future on the new continent. You have created wellbeing for yourselves, but also for others, as part of a great nation. To be sure, this was not always an easy task. But, you did succeed and found your place in the new world,” President Niinistö said to the hundreds of Finnish expats that took part in the festivities.

“In a similar way, Finland arose from challenging initial conditions and hardships to establish its place among the world’s nations. Finland values you and your contribution highly. It is awe-inspiring to see how proudly you highlight your Finnish nature and Finnish origins. This holds great importance to me as the President of the Republic of Finland.”

Festive day ends with a concert

FinnFest USA is an association based in the United States that organises an annual festival to celebrate Finland, Finnish America and Finnish culture. The association was established in 1983 at the initiative of the Finland Society, and the first FinnFest was held in 1983 in Minneapolis. FinnFest USA is a part of a larger series of Finland 100 celebrations that Finnish expats are arranging around the world this year. 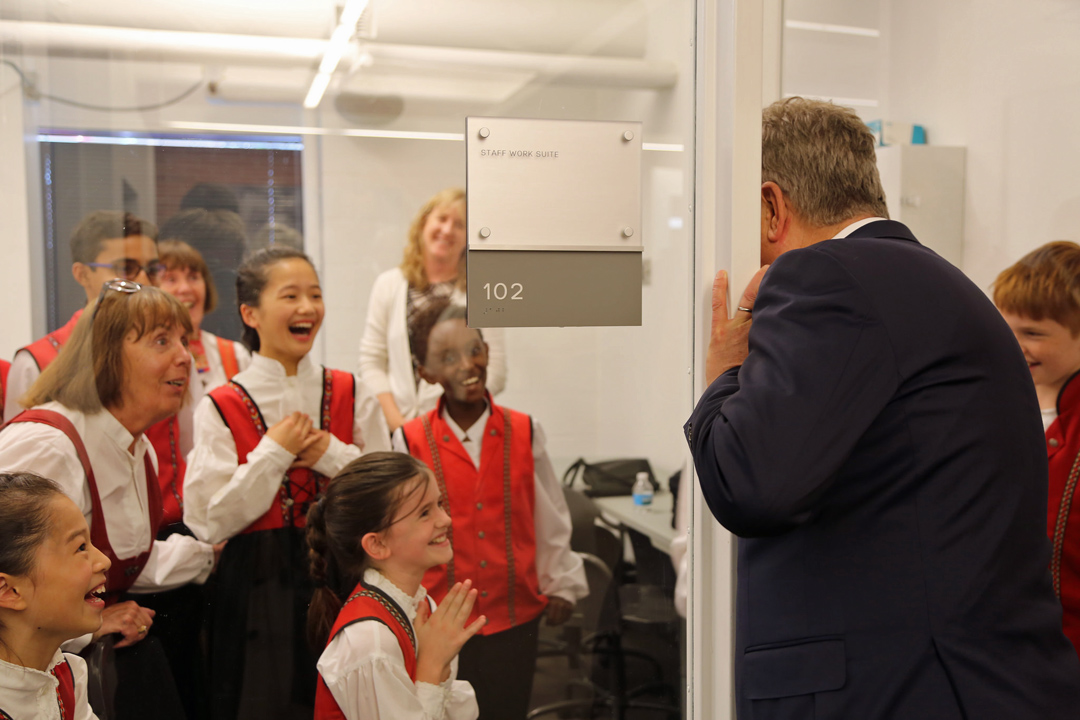 President Sauli Niinistö chatted with FinnFest USA performers backstage before the start of the main celebration. Photo: Katri Makkonen/Office of the President of the Republic of Finland

Earlier in the day President Niinistö took part in an event organised by the Minnesota Economy Club.

President of the Republic of Finland awarded honorary degree