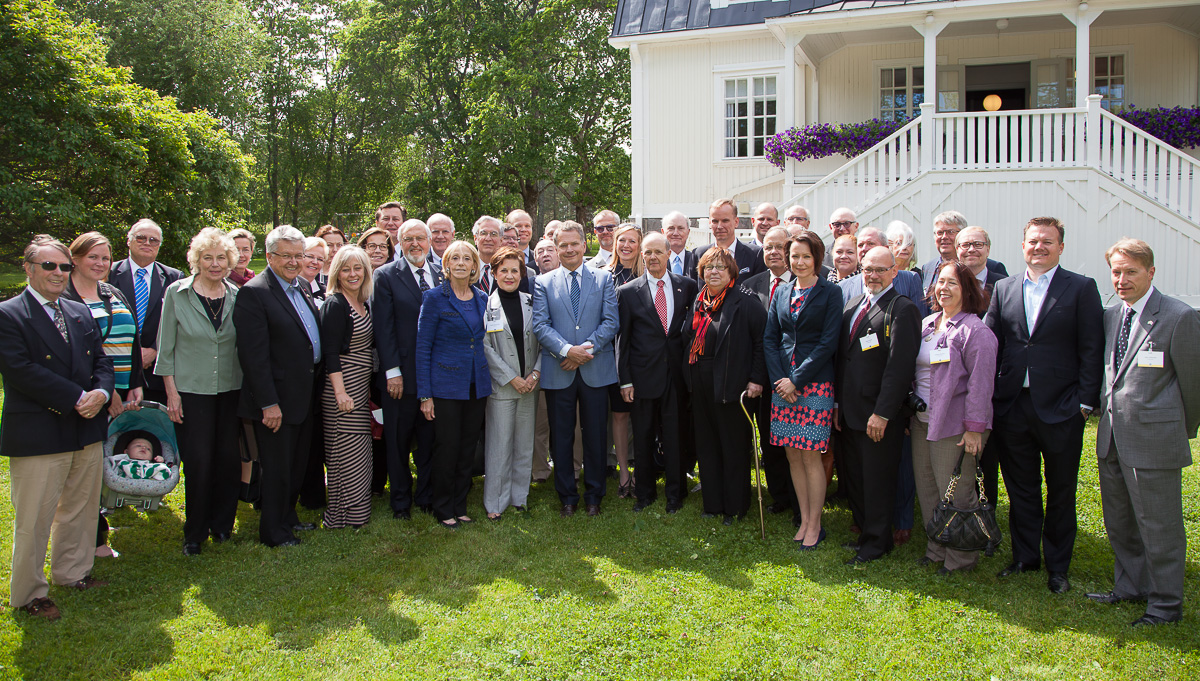 The Honorary Consuls and the presidential couple.

The Honorary Consuls provide a valuable contribution by maintaining good relationships between the countries, promoting Finnish business life and culture, and assisting Finnish citizens. Many of them have personal ties to Finland. Some are first-generation immigrants and Finnish citizens, others are descendants of Finnish immigrants. Many of them are also active members of societies that foster Finnish cultural heritage.

The majority of the Honorary Consuls visiting Kultaranta took part in the previous visit in 2010, meeting with the then Speaker of the Parliament Sauli Niinistö. Mr. Leonard Kopelman, an attorney from Boston, is the most senior of the Honorary Consuls, having held the position since 1975. The longest-serving Honorary Consuls of Finland in Canada is Mrs Judith Romanchuk, an investment banker from Calgary, who has served since 1981 and visited Finland 52 times.