Home / Kultaranta talks: Closer defence cooperation between Finland and Sweden responds to the challenges of our time 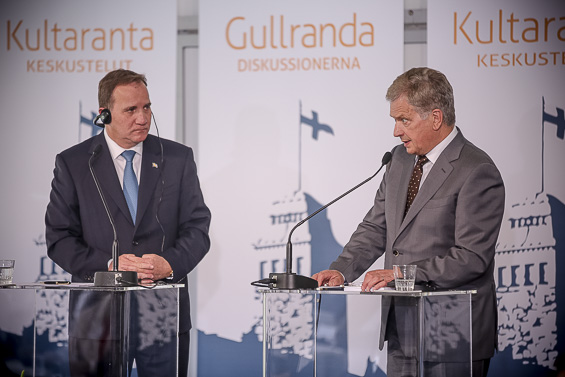 The Kultaranta talks, hosted by President of the Republic Sauli Niinistö, opened in the spirit of Finnish-Swedish cooperation. The main guest at the talks is Swedish Prime Minister Stefan Löfven. In their opening remarks, both national leaders stressed the importance of closer defence cooperation between the two countries.

“Finland and Sweden have a history of responding to the challenges of the time. One approach to this involves engaging in closer cooperation,” said President Niinistö upon opening the debate on Sunday evening. “Alongside defence and military cooperation, a closer foreign policy partnership between Finland and Sweden is needed.”

President Niinistö pointed out that all four pillars of security policy are covered in the recent Finnish foreign and security policy report: defence capability, integration with the west, relations with Russia and international law. “Peace and security are the aim of our active policy of seeking stability. This requires both dialogue and preparation.”

The President believes that Finland and Sweden are united in highlighting the importance of international law and consensus, especially the security of small countries. “Have we reached the point where the significance of such issues is being forgotten and confidence in them is waning? If so, how can they be restored to their rightful position?” the President asked.

All citizens active in defence

In his speech, President Niinistö also considered the importance of a credible national defence<https://www.presidentti.fi/puheet/tasavallan-presidentti-sauli-niiniston-avauspuheenvuoro-kultaranta-keskusteluissa-19-6-2016/?&culture=fi-FI. “We believe that strong armed forces prevent conflict by raising the threshold for aggression. It is perhaps less frequently recognised that they also create interest in partnerships. In this way, a strong defence capability provides options in the unlikely event of deterrence proving insufficient.”

The President pointed out that the threats represented by hybrid warfare can take unexpected forms. “It can pose a threat to all aspects of our lives, in which case all citizens form part of our national defence. This restores the neglected notion of national resolve to a position of importance in relation to defence.”

In his speech, President Niinistö referred to the changed security situation characterised by the rift between Russia and the West; the conflicts in Ukraine, the Middle East and North Africa; and tensions within European. “We are holding these talks at a time when many truths once regarded as self-evident are being questioned.”

“I hope that, together, we can raise questions and seek and find shared answers to them,” said President Niinistö while bidding his Swedish guests welcome.

The Nordic countries punch above their weight

In his speech, Swedish Prime Minister Stefan Löfven referred to the recent visit to Washington by Nordic national leaders. At the beginning of the visit, President of the United States Barack Obama pointed out that the Nordic countries were bigger international players than their size would suggest. Mr Löfven believes that they should continue to seek an extensive and visible international influence. “There is high international demand for the Nordic social model and values,” he stated.

Mr Löfven also pointed out that the change in the security situation in the Baltic region will affect future decisions made by both Finland and Sweden. He emphasised the opportunities for Finland and Sweden to work together towards reducing tensions in the region.

“The Baltic Sea should be a tension-free region of partnerships. Militarily strong states do not have the right to violate the sovereignty of other countries or direct their security policy decisions.”

Mr Löfven stressed the basic pillars of Sweden’s foreign and security policy: non-alignment and cooperation. “Finland has a special role in Sweden’s international cooperation policy,” he said. He also mentioned that discussion of the security of the Baltic region forms a key part of Sweden’s and Finland’s NATO partnership. 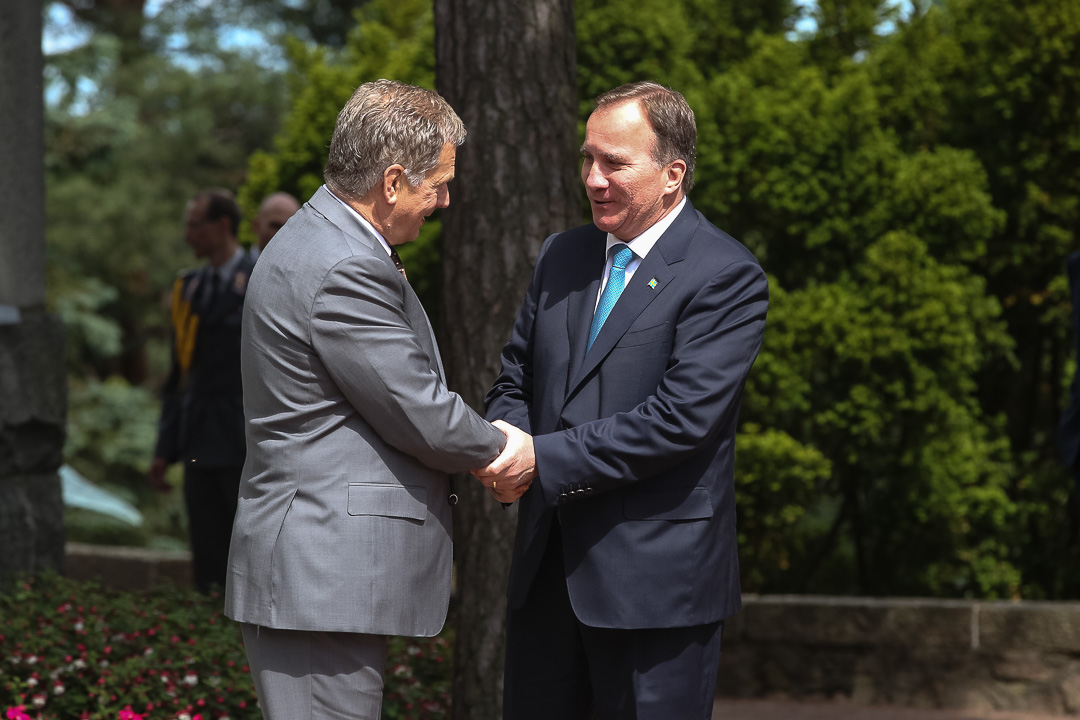