Home / Open House at the Presidential Palace on 19 September 2015 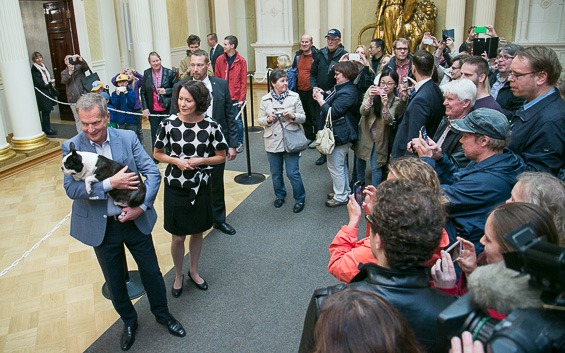 Beginning from the Mariankatu entrance, the tour took visitors through the Hall of State, the Dining Hall, Hall of Mirrors and the Gothic Hall, and concluded at the gate on Pohjoisesplanadi, where visitors will exit the Palace.