Home / President Niinistö after the NATO decision: A new era is opening – the result will be a protected Finland that is part of a stable, strong and responsible Nordic region

“A lot has happened. This is a historic day. A new era is opening. I would like to draw particular attention to how democracy has worked in Finland. I am referring to Finnish people and their opinions, political parties, the Government and Parliament. Together they have demonstrated the force of democracy”, President Niinistö said at the beginning of the press conference.

At the press conference, President Niinistö stressed Finland’s right to make its own decisions concerning national security. “The result will be a protected Finland that is part of a stable, strong and responsible Nordic region. We will both receive protection and help protect others in the Baltic region and the entire North Atlantic Treaty Organization.”

President Niinistö also pointed out that security is not a zero-sum game. “When we improve and maximise Finland’s security, it is not away from anyone else – it will improve comprehensive security.”

President Niinistö commented on cooperation between Finland and Sweden by quoting an old Swedish saying, ‘Finland’s cause is ours.’ Now Finland can equally well say that Sweden’s cause is ours, he noted. 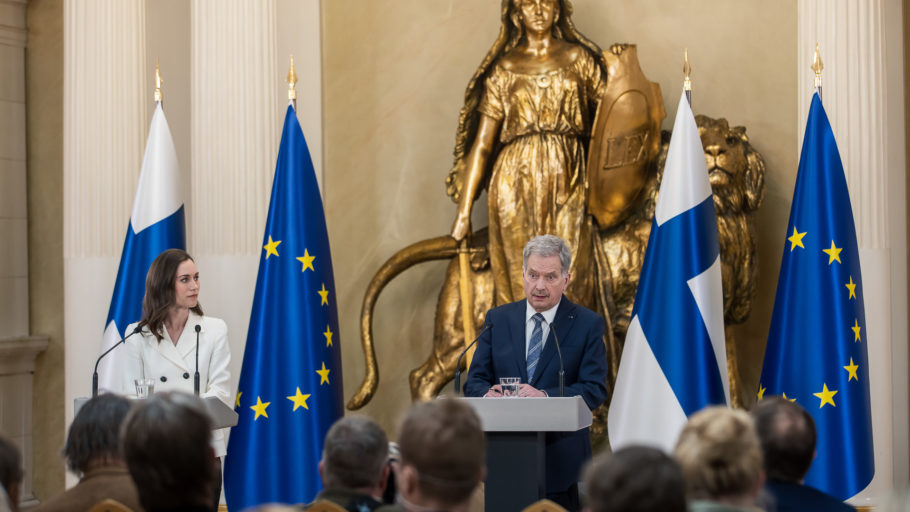