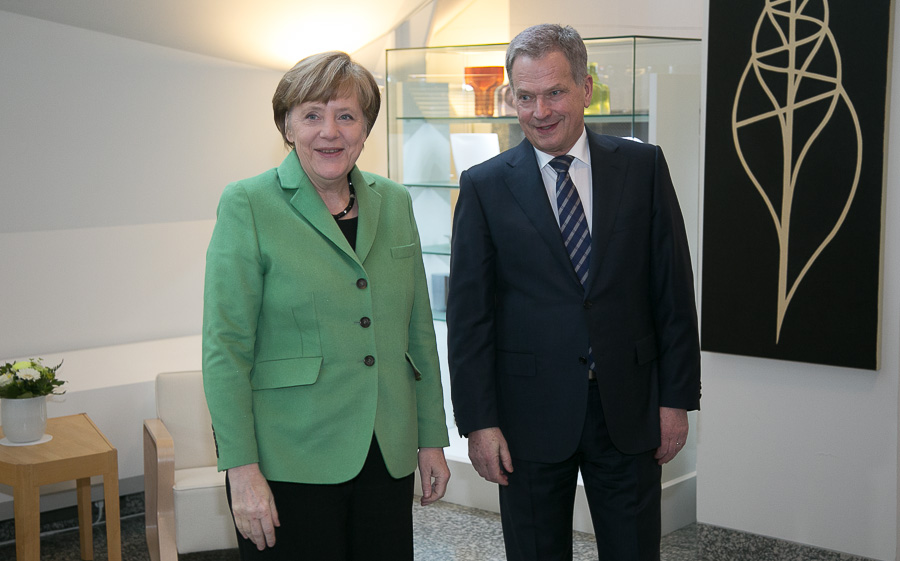 President Sauli Niinistö and German Federal Chancellor Angela Merkel met in Mäntyniemi. Copyright © Office of the President of the Republic

During the meeting, the President and the Chancellor discussed the Ukraine crisis and Russia as well as the European security infrastructure.

Following the meeting, President Niinistö told the media that he was pleased the security of European citizens has made it firmly onto the agenda in Brussels.

In addition to the Ukraine crisis, a lot has happened elsewhere outside the EU’s borders, and these developments have taken a negative direction. “The situation in North Africa and the Middle East is considerably worse than it was ten years ago,” President Niinistö said.

“All this obviously emphasises the fact that Europe and the EU must take steps to seriously assess their own security and the perception of how to remain safe. We also concluded that Europe should take more responsibility for itself.”

Chancellor Merkel also met with Prime Minister Alexander Stubb in Helsinki, and participated in a discussion forum organised by the Prime Minister’s Office, the Finnish Institute of International Affairs and the University of Helsinki on EU foreign and security policy. 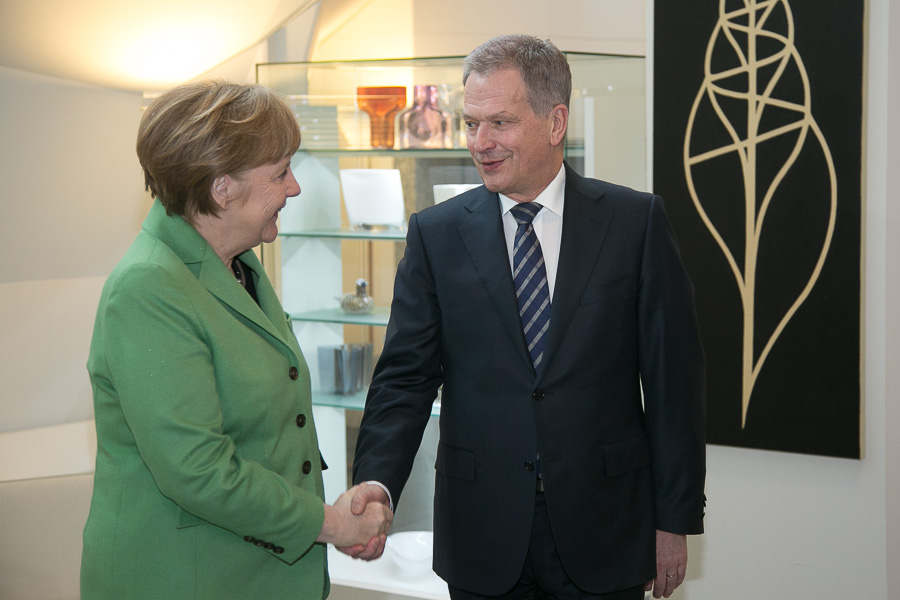 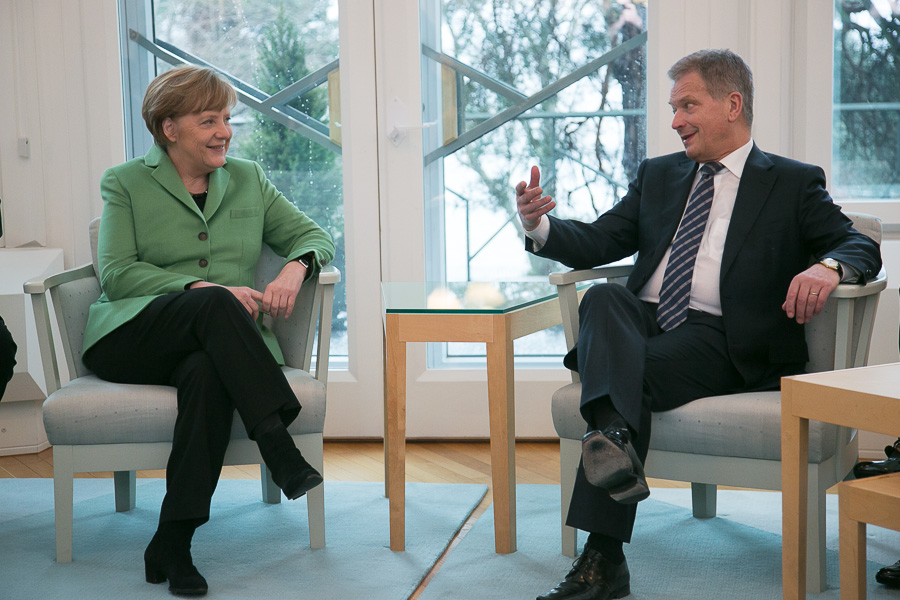