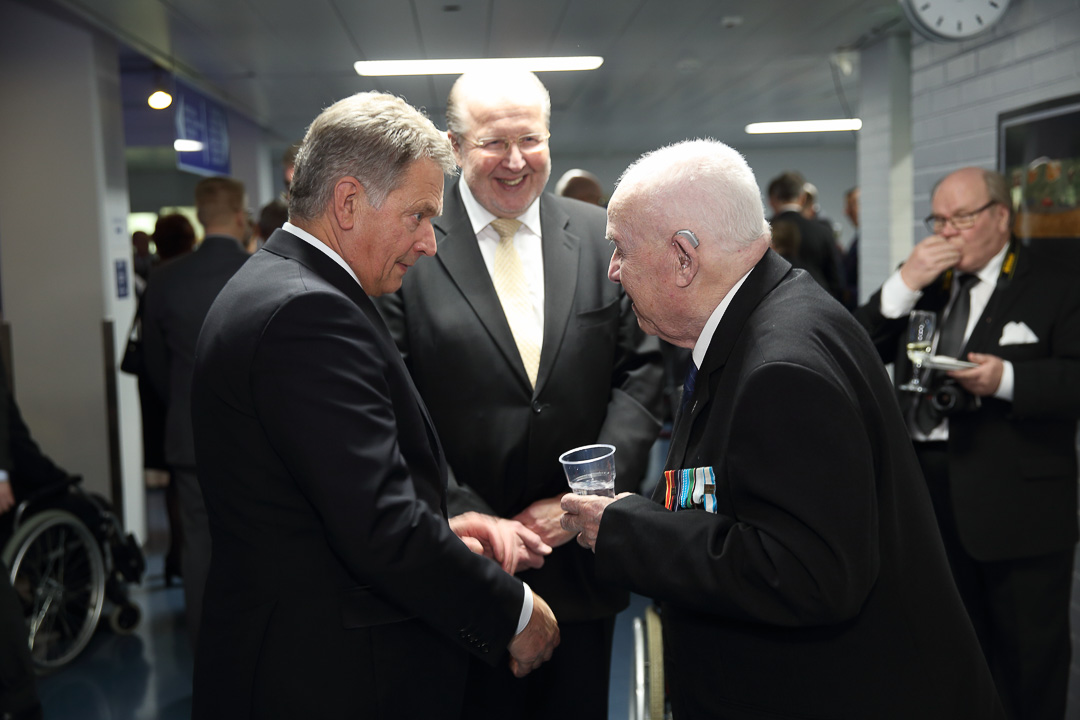 Together with his spouse, Mrs Jenni Haukio, President of the Republic Sauli Niinistö participated in the traditional Christmas celebration at the Kauniala hospital, which was also honouring its 70th anniversary. In his greeting, the President reminded his audience that Kauniala is much more than just a hospital: “The significance of Kauniala can be summed up in the Kauniala spirit. This is based on good, expert and modern care and a sense of caring. It can be seen in the fact that everyone is appreciated – the carers value their patients and vice versa.”

It is our duty to uphold the Kauniala spirit

The Kauniala hospital for veterans was established by the Disabled War Veterans’ Association of Finland, with the first eight young war invalids arriving as patients in October 1946.

“The opening of the hospital immediately after the war showed that we in Finland intended to take care of those who had sacrificed themselves for our homeland, despite an economic situation and atmosphere that were much more difficult than now,” said the President. A total of 60 of the hospital’s 200 round-the-clock care places are currently occupied by war invalids.

In addition, war invalids living at home visit the hospital for short periods of rehabilitation and treatment. “We would do well to continue cherishing the Kauniala spirit and its uncompromising commitment to high-quality care in the years to come,” said the President, who underlined that this is in fact our duty.

Finland is one of the world’s leading countries in many comparisons. The President pointed out that this was a major achievement for a country which will only reach its hundredth year of independence next year, “You have secured and enabled our continued independence, while building the basis on which we have risen to the top of world rankings. We would not be celebrating the centenary of Finland’s independence without you,” commented President Niinistö, before thanking the veterans for their sacrifices on behalf of us all: “When we look around and think of Finland, we see that this is a good country in which to live.”