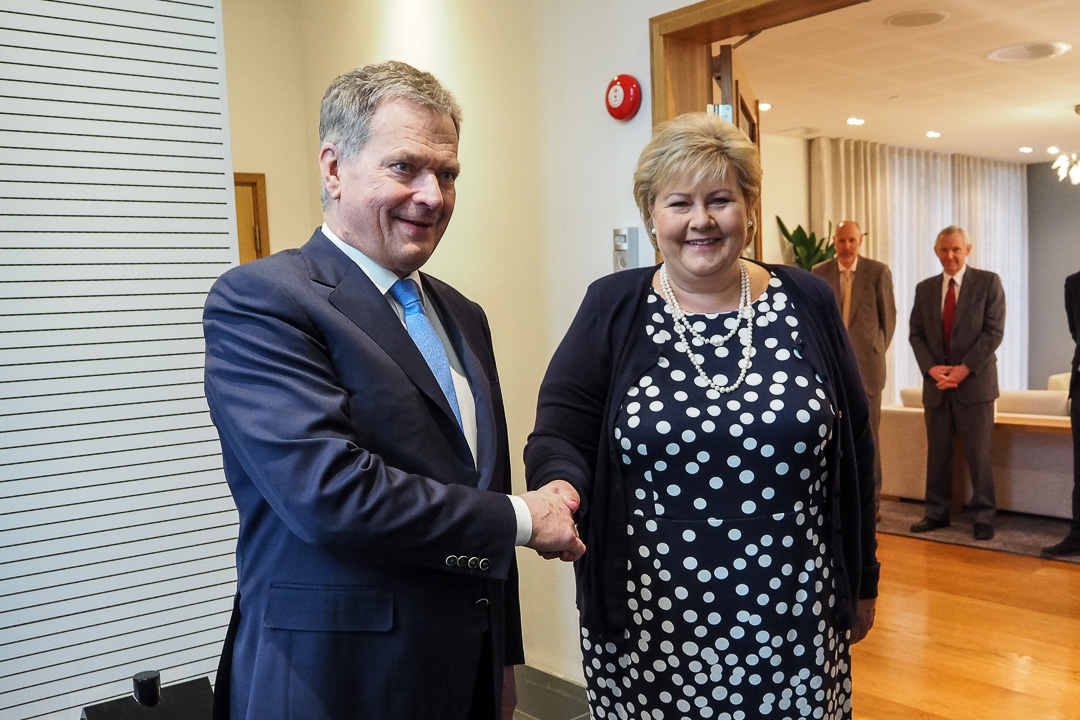 President of the Republic Sauli Niinistö and Prime Minister of Norway Erna Solberg discussed the forthcoming Finnish chairmanship of the Arctic Council and Arctic cooperation at the Prime Minister’s official residence in Oslo on the morning of Wednesday 10 May.

President Niinistö and Prime Minister Solberg considered it essential that the Nordic countries keep attention focused on the important environmental perspective in the Arctic region. The President and Prime Minister also highlighted the importance of the Paris Convention on Climate Change and compliance with the commitments it sets.

During the meeting, an extensive discussion was also held of topical issues in international relations, and Finland and Norway’s relations with countries such as China and Russia.

Nordic cooperation was also raised during the discussions. President Niinistö hoped that, on a cooperative basis, the Nordic countries could make better use of their good international reputation. This could be reflected in the joint promotion of tourism in particular.

On Tuesday 9 May, President Niinistö and Mrs Haukio participated in the 80th birthday celebrations of the Norwegian king and queen, which were held in Oslo. King Harald V and Queen Sonja hosted a celebratory dinner at the royal palace.

The Norwegian royal couple last visited Finland in September 2016. For their part, President Niinistö and Mrs Haukio paid a state visit to Norway in 2012. 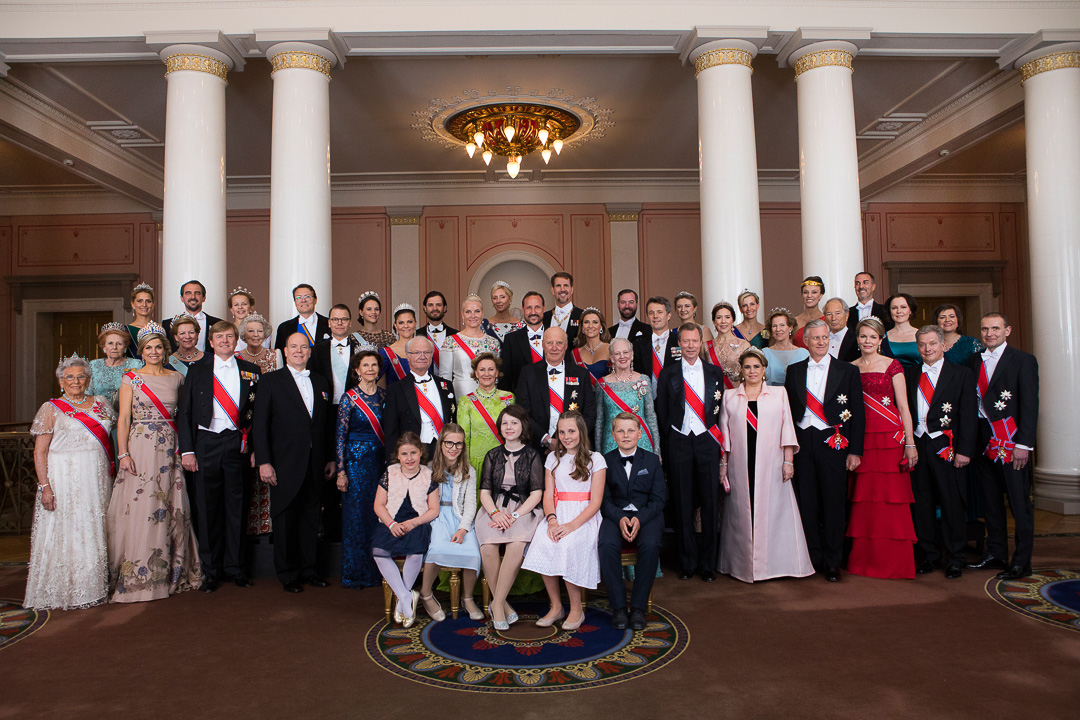 King Harald V and Queen Sonja with the guests at the the 80th birthday celebrations. Photo: Thomas Brun, NTB scanpix