“Finland is an enhanced opportunities partner of NATO. We are very pleased with what has happened so far and very prepared and willing to continue and deepen our partnership with NATO,” said President of the Republic Sauli Niinistö at a press conference in Brussels on Wednesday 9 November, after a meeting with Jens Stoltenberg, Secretary General of NATO.

This was the first occasion upon which a President of Finland had visited the NATO headquarters in Brussels. Among the issues discussed by President Niinistö and Secretary General Stoltenberg were the security – including air safety – of Europe and the Baltic Sea region, and Finland’s partnership with NATO.

Close cooperation between Finland and NATO to continue

Both President Niinistö and Secretary General Stoltenberg stressed the importance of a close partnership between Finland and NATO.

“Partnership includes political dialogue. We are pleased that we have been invited to summits and that our ministers have the opportunity to discuss with NATO colleagues,” commented President Niinistö.

“We are now expanding our cooperation when it comes to information exchanges on hybrid warfare, coordinating exercises, and developing joint situational awareness. All of this will allow Finland and NATO to address common threats more effectively,” Secretary General Stoltenberg explained.

“And President Niinistö, NATO very much welcomes your personal engagement on the issue of air safety in the region. We agree that transparency and risk reduction are vital to avoiding incidents,” he pointed out.

“The Secretary General referred to our work trying to reduce tensions. This is of outmost importance in times when we only see different kinds of developments. Even small issues, small moves trying to reduce tensions are now very much needed. Finland is open to enhance discussions on air safety in the Baltic region. That is what we have done so far and I am very pleased with the response I have received from the Secretary General,” President Niinistö commented.

Both President Niinistö and Secretary General Stoltenberg also stressed the importance of dialogue in relations with Russia.

The new US president will not affect Finland’s NATO cooperation

The election of Donald Trump as the President of the United States and its effect on security and cooperation with NATO were also discussed during the press conference.

“NATO and NATO membership are not dependent on one person, even if that person is the US President. It does not have an impact on Finland, I do not believe in that,” commented President Niinistö.

Mr Niinistö hopes that, as President, Mr Trump will seek to engage in constructive cooperation with Europe, the European Union and NATO.

“I have full trust that the United States will keep its word not only to NATO but also to the international community. However, European countries will have to wake up to take more responsibility for their own security. Finland does this and has been doing so for decades,” President Niinistö continued. 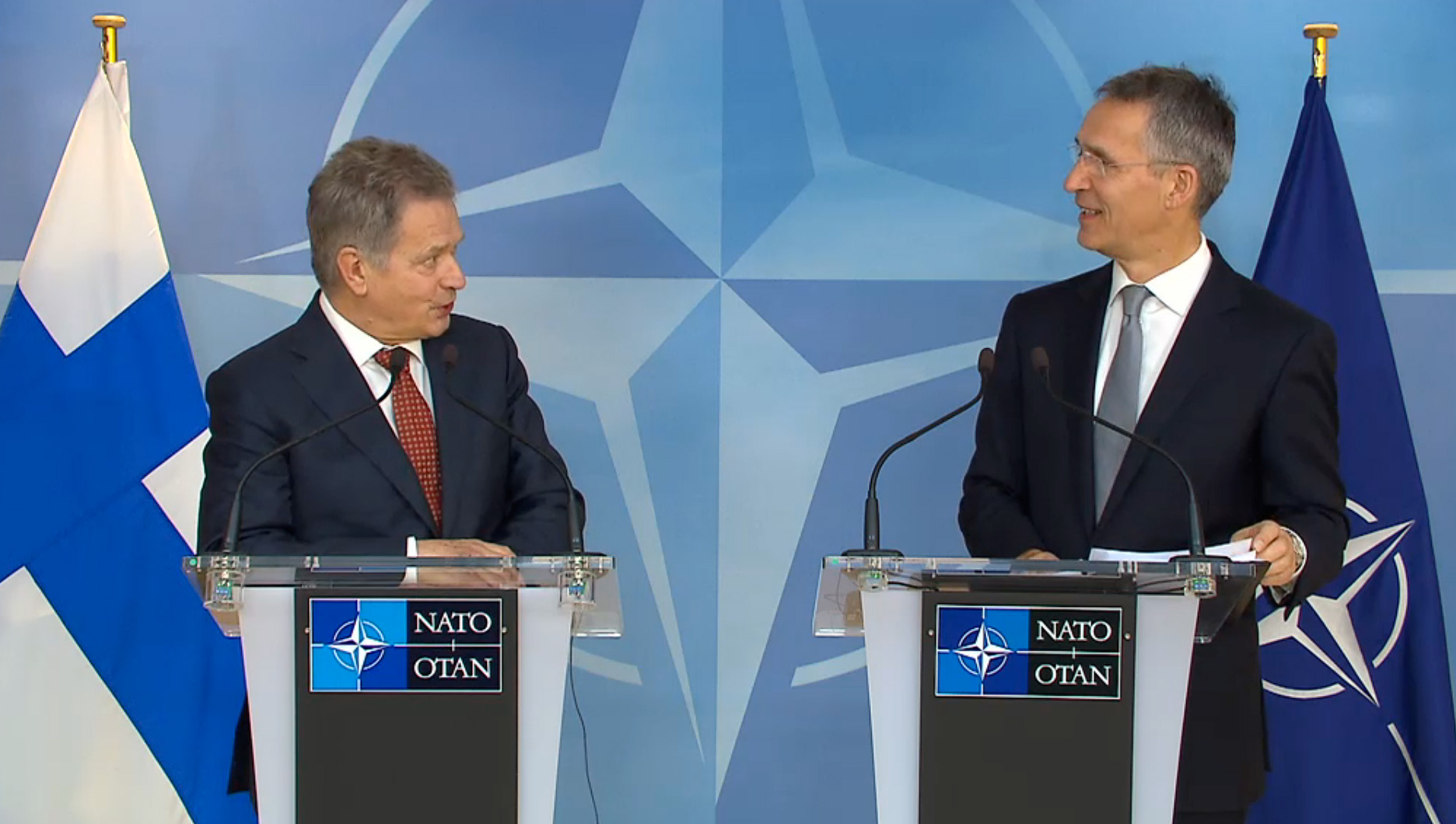