Home / President Niinistö at HeForShe event: Equality has been a decisive factor in Finland’s success 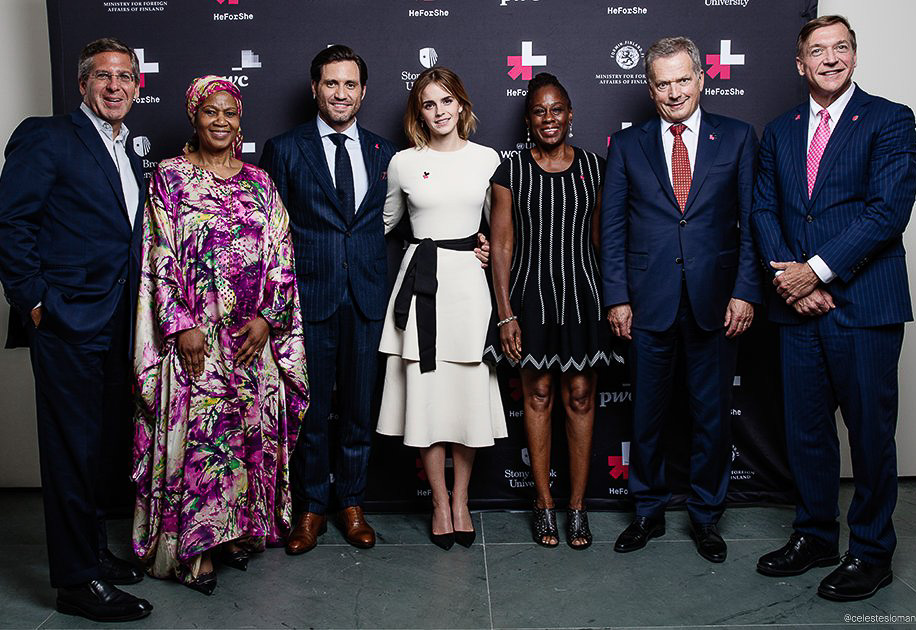 “During the last century, Finland gained independence and emerged from poverty to become one of the world’s richest countries. Gender equality has been crucial to our success,” said President of the Republic, Sauli Niinistö, at a second anniversary event held on Tuesday 20 September for the UN Women’s HeForShe campaign.

In his speech, President Niinistö emphasised that the empowerment of women and girls is not only right, but also a recipe for success. “The recipe is no secret, I am only too glad to share it with you!”

“Equal access to free, high-quality education has made a fundamental contribution to the empowerment of women in Finland,” the President said. “In turn, empowerment has helped women to participate fully in working life. Thanks to our national child and family policy, parents have been able to balance work with family life.”

“I am proud to be able to recall that Finnish women have also broken the glass ceiling at the UN. In 1972, a well-known Finnish woman called Helvi Sipilä became the first female UN Assistant Secretary-General. Cracks are now appearing in the glass ceiling at the highest level, with several distinguished female candidates applying for the position of UN Secretary General.”

In Finland, the ultimate political glass ceiling was broken when Tarja Halonen was elected President of the Republic. “During the 12 years of her presidency, children began to ask their parents whether a man could also become President of Finland,” said President Niinistö.

“The impossible can become possible”

President Niinistö stated that, even if much has already been achieved, much work remains to be done in Finland. “Equal pay has yet to be achieved and we need more women in leadership positions. Domestic violence must also end.”

“As Commander-in-Chief of the Finnish Defence Forces, I am delighted to report that all conscripts, who are mainly young men, participate in anger management and domestic violence prevention courses as part of their military service.”

President Niinistö is a Head of State IMPACT Champion of the HeForShe campaign, belonging to a group composed of heads of state and government, and corporate and university leaders. “I’m proud of being a HeForShe Impact Champion and it is wonderful to see so many people here who feel the same way.”

“Finally, I would like to return to the pioneer I mentioned earlier, Helvi Sipilä. Equal opportunities were no more than a pipe dream when she was born in 1915. However, she made her dreams come true. I urge all young people to follow her example: dream big. For as Helvi said: ‘the impossible can become possible,'” the President added. 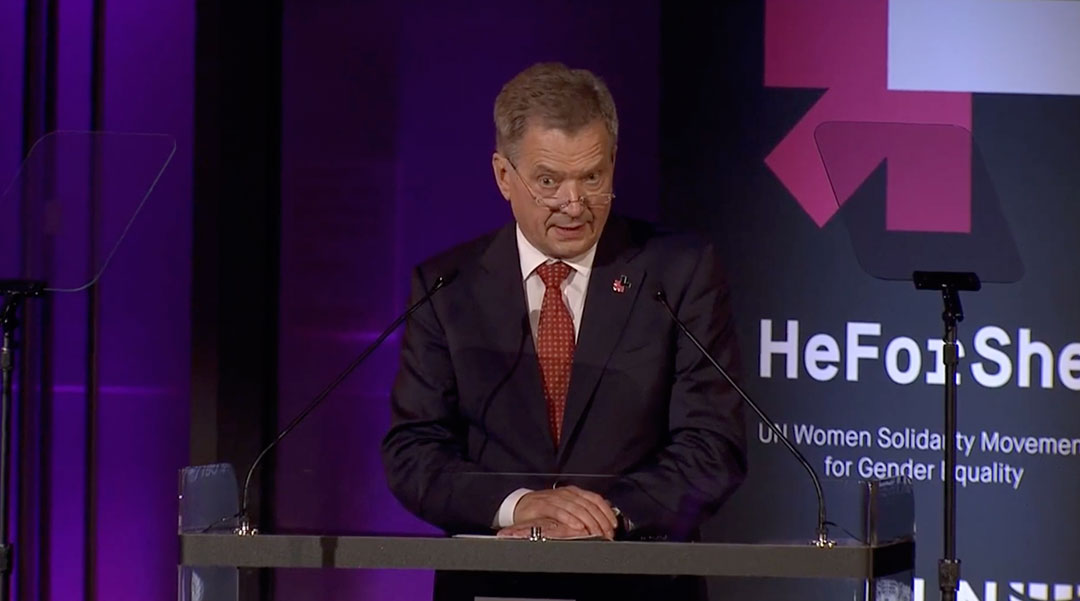