Home / President Niinistö at Kultaranta tour at University of Lapland: Securing the future is a human responsibility

President of the Republic of Finland Sauli Niinistö’s Kultaranta university tour began on 21 April with a discussion with students of politics and international law at the University of Lapland. The discussion, under the title “Great power politics is intensifying: How do we safeguard Finland?”, succeeded in covering a diverse range of topics in just over an hour.

In his introduction, President Niinistö highlighted the concept of human responsibilities, launched by Professor Eero Paloheimo. “For us who are living today, this means human rights and respect for them, and also transferring them to the future. But then there are human obligations that specifically focus on to those who will come after us,” said the President in his opening words.

In addition to covering climate change and pandemics, the President stated that ensuring geopolitical security is one human obligation. Development has not, however, only gone in a positive direction. “If we think about today’s geopolitical situation, the issues that we consider to be important for overall global security, then the direction is not very good.”

As examples, the President addressed the issues of arms control and disarmament: “In disarmament, we have run into a situation where it has been extremely difficult to extend existing agreements, let alone achieve some new arms control at a time when the arms industry is constantly evolving.”

Exporter of good values and defender of multilateralism? 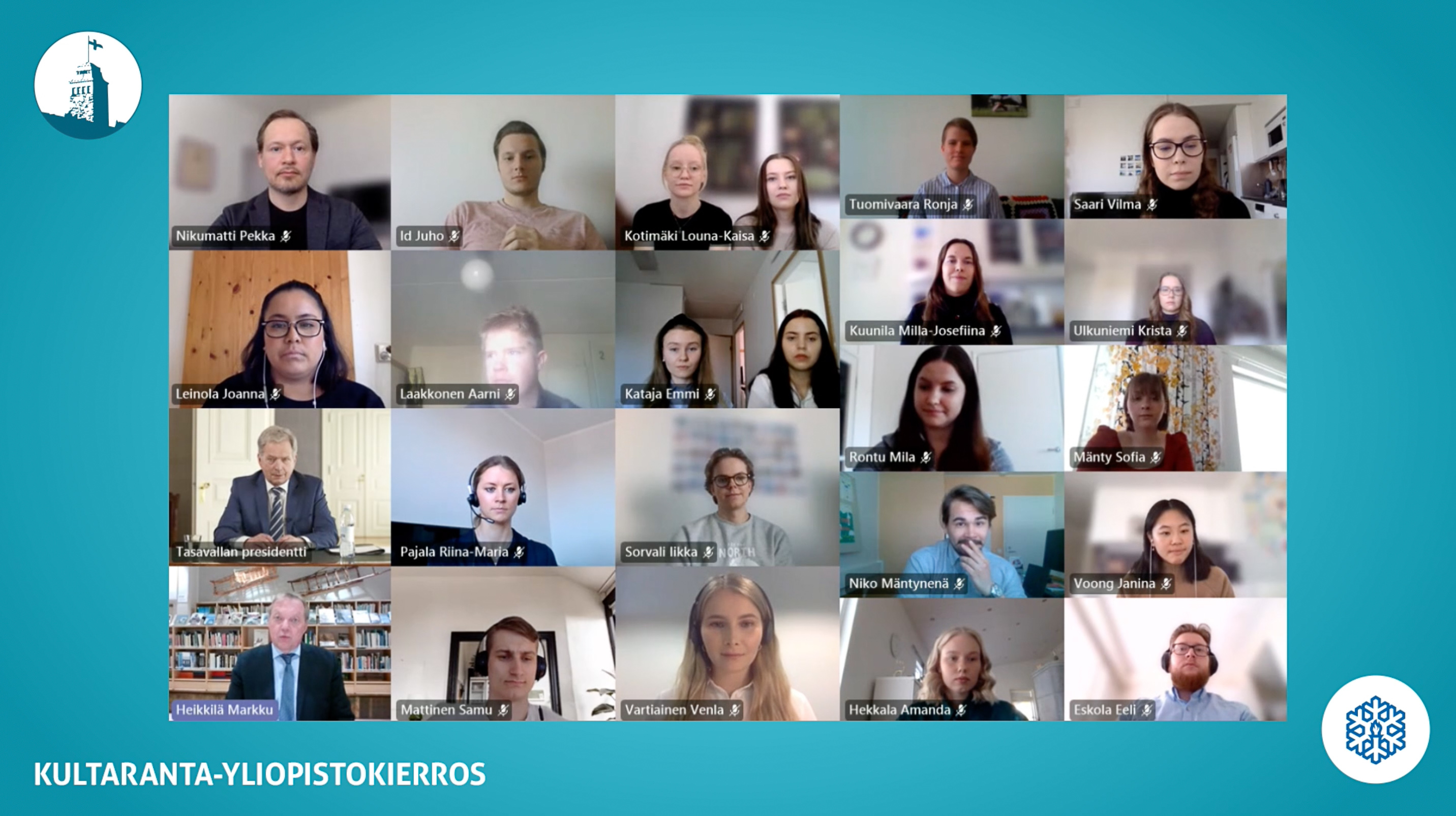 The President reflected that, at the beginning of the millennium, it was still the view within the European Union that it exported good values: democracy, human rights and wellbeing. Since then, the situation has changed. China has grown stronger and it participates in geopolitics by exercising economic power. At the same time, Russia has raised its profile in exercising military power. “When we look at ourselves towards the European Union, what I described, an exporter of good, has now been distorted into a defender of good in its own territory. This is a rather serious development. In this regard, we must be able, in the European Union, to do much, much better,” the President said.

According to the President, an important issue has arisen for small countries such as Finland: In what direction is the multilateralism we advocate going? “The multilateralism to which we are accustomed to is, after all, the legacy of the so-called Western countries to the world. In this respect, too, we have to think very carefully about how we will preserve the premises that we originally embraced.”

In addition to multilateralism, the President noted that certain kind of bilateralism is important, specifically in relation to the great powers. “And in that sense, President Biden’s opening of discussions with President Putin is, of course, very welcome. Hopefully the results, insofar as the talks take place, will be such that others too will then be able to participate in evaluating them.”

According to President Niinistö, even in tough positions, one good aspect is that once you know the other party’s view, the discussion goes more easily.

In the students’ questions at Finland’s northernmost university, Arctic themes in particular were naturally raised. In addition, the discussion covered the future, individual freedoms, the unity of the EU and other issues of concern to the students. The event was moderated by Markku Heikkilä, Head of Science Communications at the Arctic Centre.

Watch a video recording of the seminar

The President of the Republic of Finland’s Kultaranta university tour is organised jointly with the University of Lapland, the Lappeenranta-Lahti University of Technology LUT and Aalto University. The tour discussions will pave the way for the Kultaranta Talks, to be held later this year.

The tour will continue on Monday, 26 April at LUT University, on the theme “Combating climate change is a human responsibility”. The final discussion of the tour will take place at Aalto University on Wednesday, 28 April on the topic “Money is increasing and technology is revolutionising: Will the economic order change?”