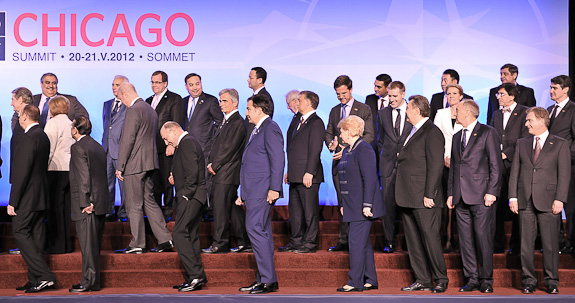 President of the Republic Sauli Niinistö attended NATO meetings in Chicago on 20–21 May 2012. President Niinistö headed Finland’s delegation at a summit meeting on Afghanistan, which was held in connection with the NATO Summit, and at a separate meeting on NATO partnerships. The Finnish delegation also included Minister for Foreign Affairs Erkki Tuomioja and Minister of Defence Stefan Wallin.

The meeting on Afghanistan focused on the funding of the Afghan National Security Forces and on the mission in Afghanistan beyond the ISAF operation. Finland will continue to support Afghanistan in accordance with the policies outlined in the Government report on Afghanistan. Finland is favourable towards the post-ISAF mission and will review her possible participation at a later stage. The partnership meeting focused on the cooperation between NATO and its partners.