Home / President Niinistö at the opening of the 219th National Defence Course: There is a hybrid warfare-sized gap between normal and emergency situations 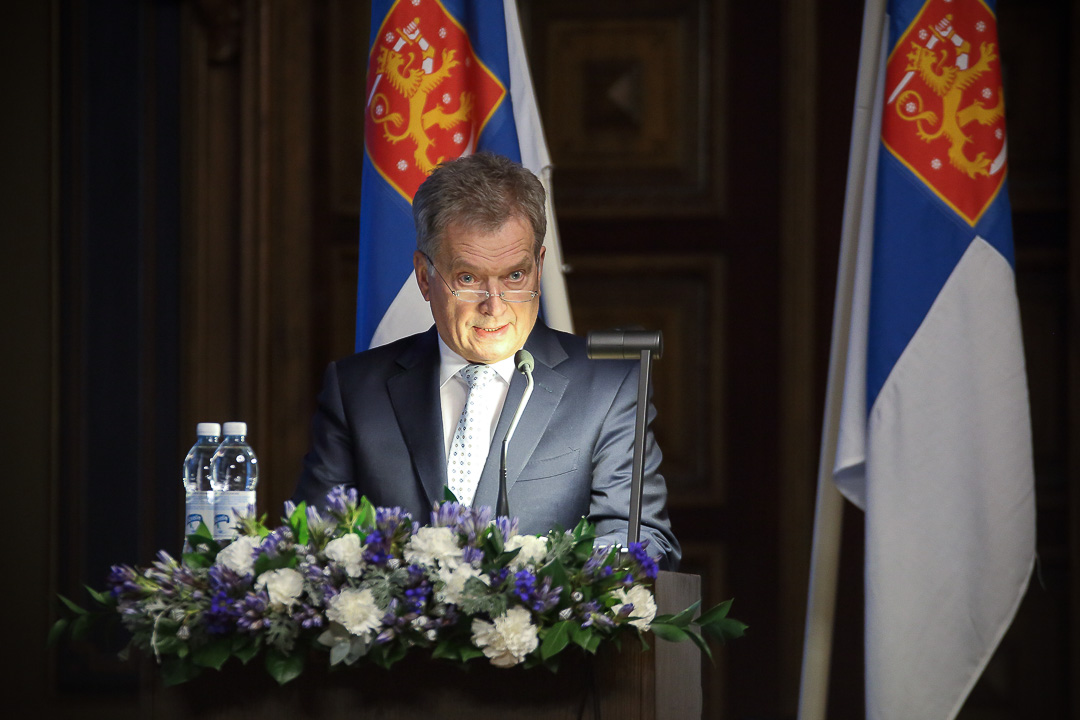 President of the Republic Sauli Niinistö opened the 219th National Defence Course in the House of the Estates on 7 November 2016. In his opening speech, the President said that Finns’ firm intent to defend their country sends a strong message to the world around us. He also confirmed that this provides a strong foundation for our security. “In the unpredictable times we are living, our national will to defend ourselves is not merely old-fashioned rhetoric.”

The trivialisation of evil is worrying

President Niinistö drew his audience’s attention to the current discussion in Finland, touching on the one hand NATO and on the other hand Russia debates. He pointed out that the discussion is open, adding that he did not understand claims that Finns could not speak freely about Russia. “It is difficult to think of anything that has been left unsaid. Inventiveness is now required in the contest over who can be harshest on Russia.”

On the other hand, with respect to the discussion on Russia, the President was worried by a phenomenon he referred to as the trivialisation of evil: “If we engage in war on paper on a daily basis, then war will grow near to us in our thoughts. The same holds true of the references to nuclear weapons during the Russian discussion on Crimea – the possibility of using them was somehow normalised.”

Finland an interesting partner if the worst were to happen

The President also referred to the subject of military exercises alongside the West, i.e. Sweden, NATO and the United States. “Our western military cooperation is already much more extensive than before and that this will continue.”

President Niinistö emphasised that preparedness and collaborative capabilities are not being developed merely as a deterrent and threshold for intruders. “Finland will develop its military preparedness and interoperability (…) also to be an attractive partner should the worst happen. This will also serve the development of Finland’s own defence.”

Emergency situations must be easily identifiable

The security environment is changing rapidly in our unpredictable times. Finland must be ready to react quickly. For example, we need to be able to recognise the wide range of hybrid threats, in order to guarantee that society functions as smoothly as possible in all circumstances. This requires accurate and up-to-date situational awareness, said President Niinistö.

Military and civilian intelligence legislation is an absolute precondition for ensuring situational awareness: “However, this is not enough in itself. New threats tend to progress fast, often on several fronts. That is why more foresight is required from our situational awareness. The bill – on the government’s situational awareness – soon to be presented to Parliament is a step in the right direction”

We should also critically examine the application of the current Emergency Powers Act. “Do our current practices enable sufficiently streamlined and rapid action? Regardless of the situation, it needs to be clear that we can easily identify emergency situations when necessary. At the moment, there is a hybrid-warfare-sized gap between routine powers and confirming an emergency situation. We need to investigate and, if necessary, plug this gap.”

The President pointed out that Finland has done much to improve its ability to respond to potential threats: “However, action is still required in all sectors of national security. Ensuring the appropriate level of readiness in economically difficult times is certainly burdensome for our nation, but it is also unavoidable.”

Finland can only gain by strengthening the EU’s defence cooperation

Of the four pillars on which Finland’s defence rests, on this occasion the President referred only to EU activities, which form part of the western pillar , and highlighted the importance of EU membership to security policy. Finland should contribute strongly to the development of EU defence cooperation.

“Progress, rather than speculation on the ultimate goal, is now of paramount importance. This reflects the basic wisdom of the founding fathers of integration: by moving forward on an ambitious but pragmatic basis, we can take tangible steps that, in this instance, increase our security.”

For example, President Niinistö referred to a permanent EU military headquarters, which he believes should now be established. In the President’s view, it would also be natural if Finland’s intensifying security policy cooperation with Sweden were reflected at European level. 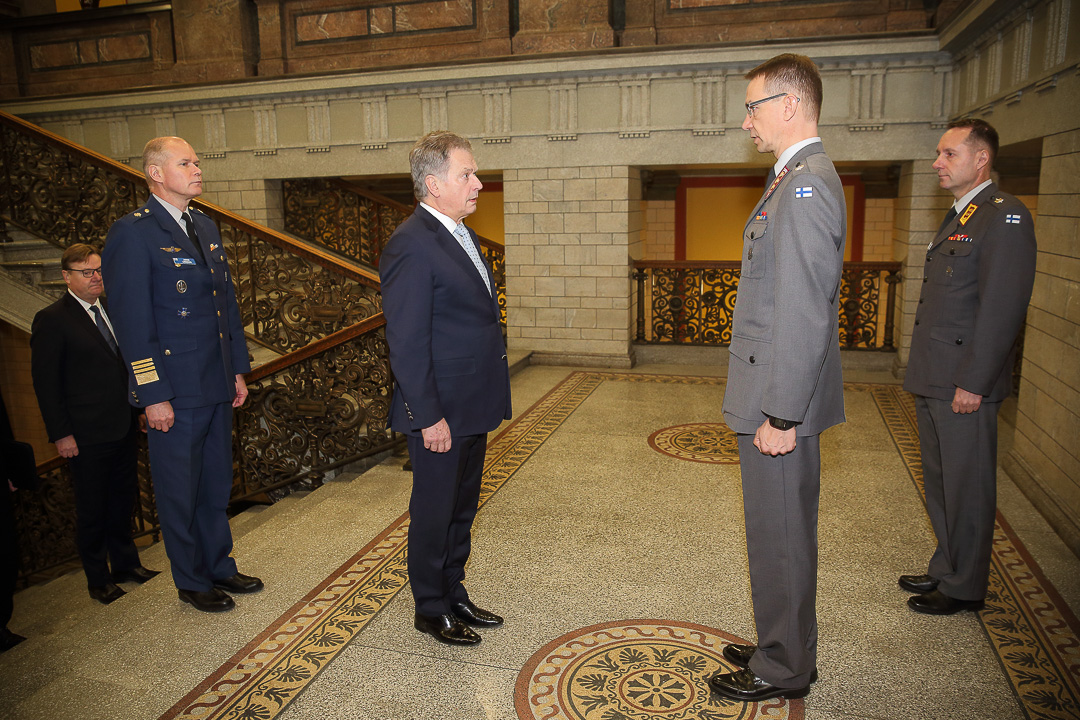 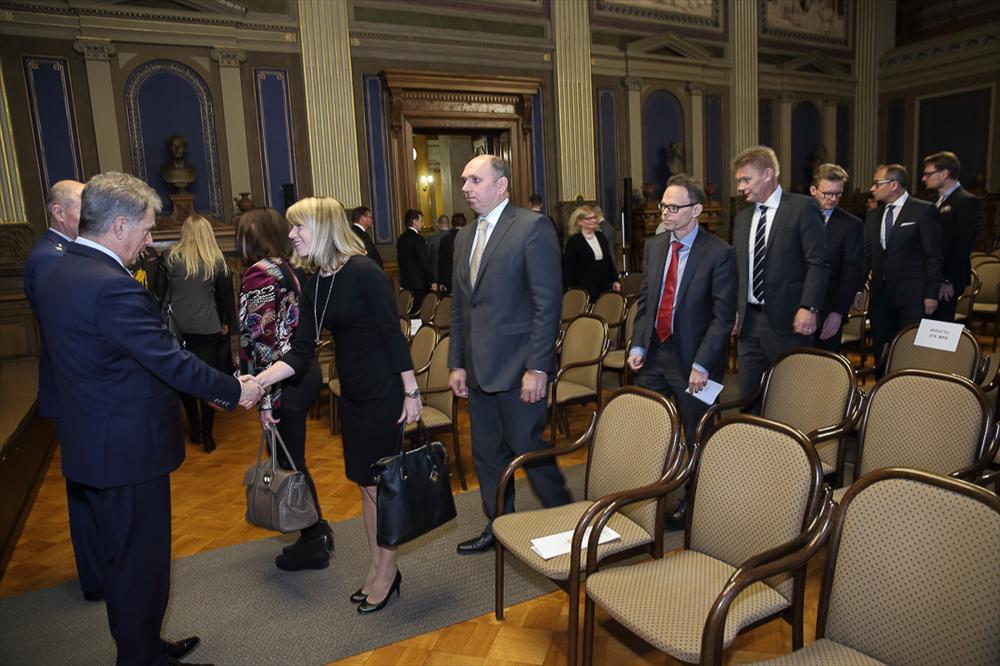