Home / President Niinistö at the Warsaw Summit: Deterrence and dialogue in balance in NATO’s relations with Russia

Family photo of the heads of state and government at the NATO Summit Warsaw 2016. Photo: NATO

President of the Republic Sauli Niinistö attended the NATO Summit held on 8 to 9 July in Warsaw. Relations with Russia were a particular focus at the working dinner between the heads of NATO countries. President Niinistö commented that a discussion was held on NATO’s two-path policy, in which deterrence and dialogue go hand-in-hand. “Dialogue clearly had greater prominence than in previous discussions. It is in strong balance with deterrence,” the President stated.

During the four-hour discussion, President Niinistö raised the issue of instability in the Baltic Sea Region and efforts to mitigate the tensions in the area. He mentioned that he had discussed the issue, of whether small steps could be taken to ease such tensions, with President Putin of Russia. The use of transponders to improve aviation safety in the Baltic Sea region is one example of such a step which may have a greater impact than its size suggests.

President Niinistö has previously mentioned being positively surprised by President Putin’s eager response to his question on the use of transponders. The issue will be discussed at next week’s meeting of the NATO-Russia Council.

“We will then, of course, see how serious the various parties are about this issue. However, it is a bigger issue than it appears to be because I think that it will tell us whether the will exists to defuse tensions. Or at least to ensure that tensions do not simply keep mounting.”

In addition to the heads of the NATO allied countries, Friday’s working dinner was attended by national leaders of Finland and Sweden and senior representatives of EU institutions. 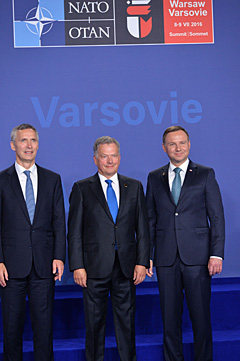 President Niinistö met with President of Ukraine Petro Poroshenko at the beginning of Friday’s meeting. The presidents held discussions on attempts to solve the Ukraine crisis. “Discussions are continuously being held between Russian and European leaders, as well as between Russia and the United States. I understand that a lot of serious effort is being made,” said President Niinistö after the meeting.

President Niinistö also stressed the importance of Ukraine’s own reforms, particularly the elimination of corruption. “This is extremely important, if only due to European public opinion.”

President Niinistö viewed the announcement by the United States and Russia earlier this week – that they would enter cooperation of a new kind in Syria – as a major development. “Isis constitutes a serious threat, which is very much an issue of common concern. Successful collaboration on one issue will provide hope of making progress on others.”

NATO and the EU step up cooperation

President Niinistö believes that NATO and the EU could intensify their cooperation on issues related to hybrid warfare in particular. “This is an issue of common interest, firstly because it is a fairly unexplored area and secondly because a large part of it, the non-military element, is an area in which NATO has no organisations or major capacity. The structures of the EU may provide a stronger basis for being involved and then combining ideas and functions related to the issue,” said President Niinistö.

President Niinistö also met with the President of Turkey, Recep Tayyip Erdoğan, on Friday evening in Warsaw. At the beginning of the meeting, President Niinistö once again presented his condolences for the terrorist attack in Istanbul the other week and stated that Finland is opposed to terrorism in all of its forms. In addition to terrorism, the presidents discussed issues such as Russia, and relations between the EU and Turkey.

On Saturday, the President attended the meeting on Afghanistan, which included the countries participating in the Resolute Support operation. “The prevailing spirit and idea at the meeting was that support for Afghanistan would be continued and even increased in some cases. This is viewed as involving a common security interest as well as the right of the Afghan people to develop themselves in a free country,” President Niinistö told reporters after the meeting. 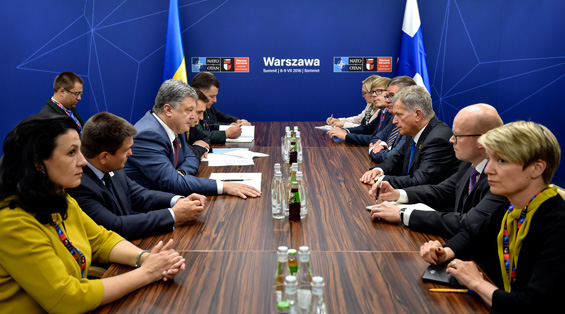 President Niinistö and President Poroshenko of Ukraine at a bilateral meeting in Warsaw. Photo: Mykola Lazarenko 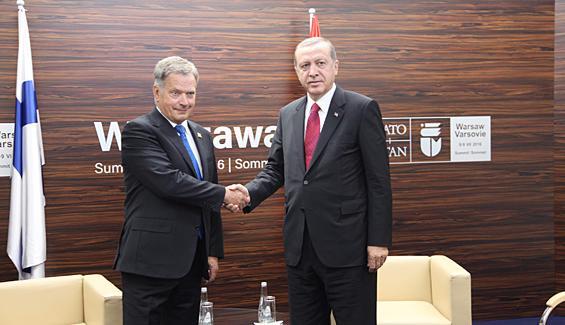 President Niinistö held talks with the President of Turkey Erdoğan on issues such as terrorism, Russia, and relations between Turkey and the EU. Photo: Katri Makkonen / Office of the President of the Republic. 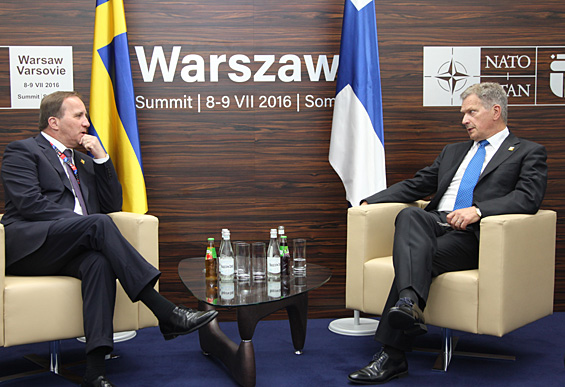 President Niinistö and Prime Minister of Sweden Stefan Löfven engaged in discussions at the NATO meeting in Warsaw. Photo: Katri Makkonen / Office of the President of the Republic. 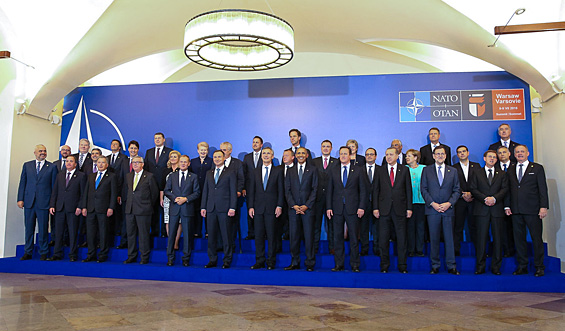 A Family photo of leaders participating in the dinner for the NATO summit in the Presidential Palace in Poland. Photo: Chancellery of the President of the Republic of Poland 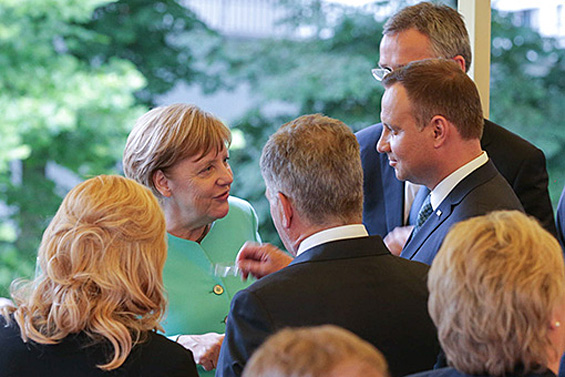 President Niinistö in talks with German Chancellor Angela Merkel, President of Poland Andrzej Duda and NATO Secretary General Jens Stoltenberg before the start of the dinner. Photo: Chancellery of the President of the Republic of Poland 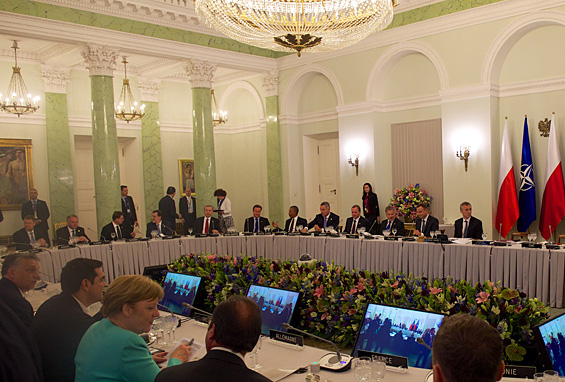 Working dinner of the NATO summit in Warsaw. Photo: NATO 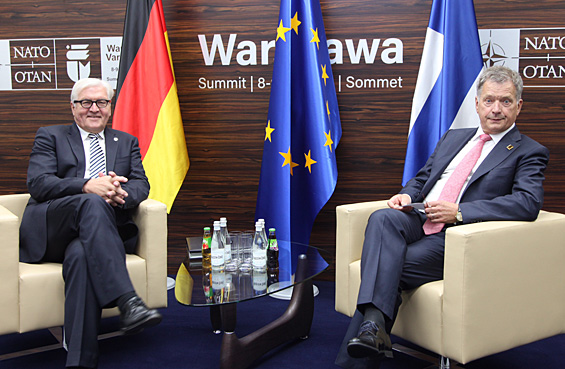