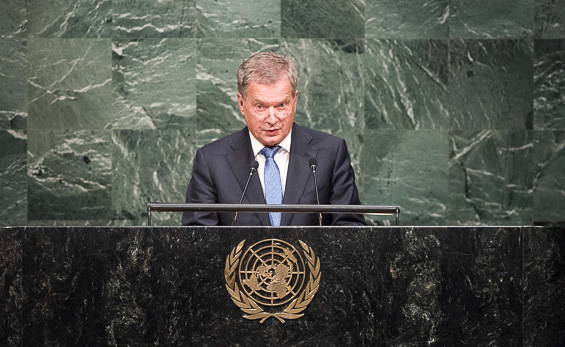 In addition, President Niinistö has participated and delivered statements in several other high-level events of the United Nations, such as the equality event – co-hosted by UN Women, the United Nations organisation for gender equality, and China – and the Summit on UN Peacekeeping convened by President of the United States Barack Obama. The programme also includes bilateral meetings. The spouse of the President of the Republic Jenni Haukio  also takes part in the programme.