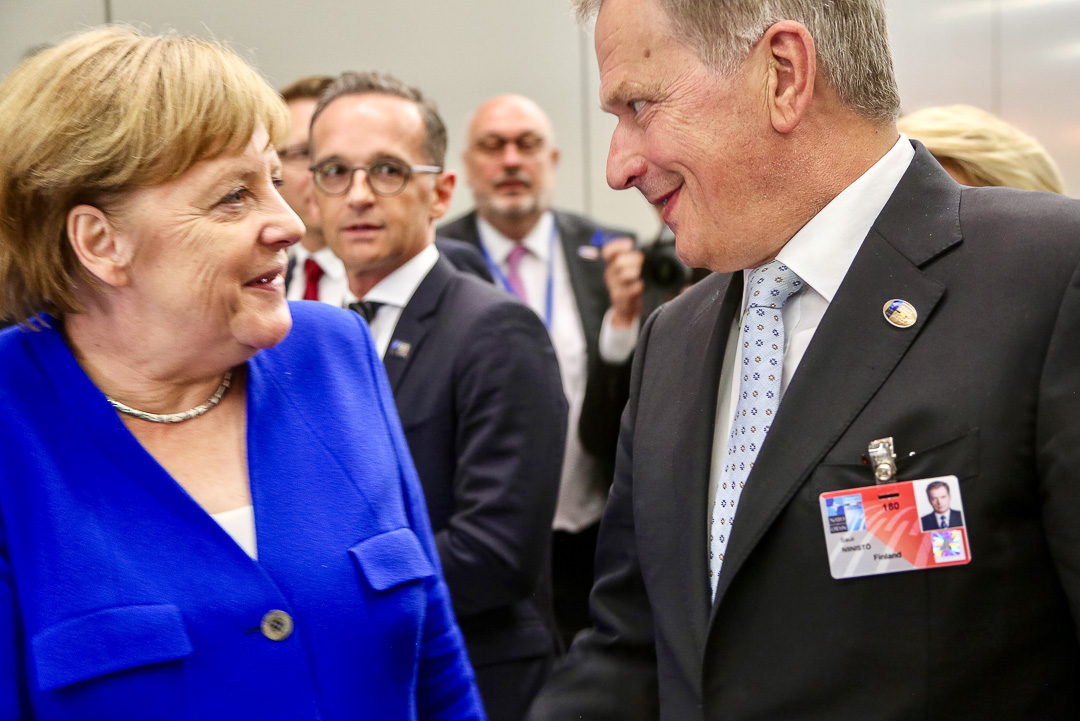 German Federal Chancellor Angela Merkel and President Niinistö at the NATO summit. Photo: Katri Makkonen/Office of the President of the Republic of Finland

President of the Republic of Finland Sauli Niinistö attended the NATO summit in Brussels on 11–12 July 2018. President Niinistö was invited to attend a working dinner for heads of state and government on Wednesday 11 July and a meeting to discuss the NATO Resolute Support crisis management operation on Thursday 12 July. NATO members were joined at Wednesday’s dinner by NATO’s Enhanced Opportunity partners Finland and Sweden as well as the EU.

President Sauli Niinistö has previously attended NATO summits in 2016 in Warsaw, in 2014 in Wales and in 2012 in Chicago. 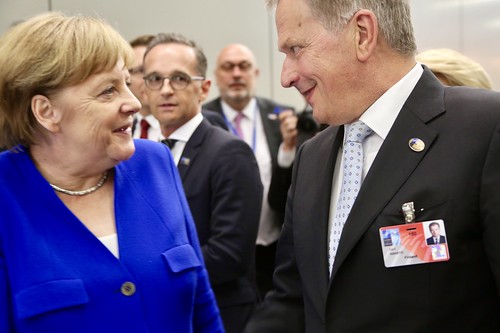