Home / President Niinistö attends UN Summit for Refugees and Migrants: Special attention should be paid to women’s and children’s rights 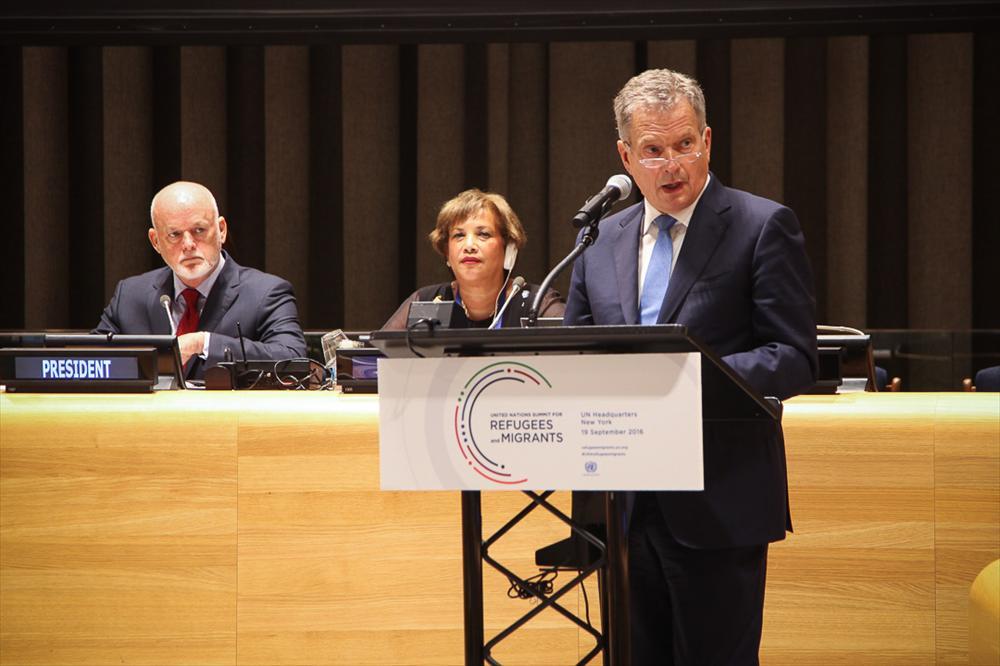 Photo: Katri Makkonen/Office of the President of the Republic of Finland

In New York on 19 September, President of the Republic Sauli Niinistö participated in a summit, held in conjunction with the UN General Assembly, at which large-scale flows of refugees and migrants were discussed. In his speech, President Niinistö emphasised three issues: the realisation of the rights of refugee women and children, the need to tackle the root causes of refugee flows, and a reminder that migration is not merely a burden but a resource which should not be wasted.

Promoting gender equality has long been a priority in Finland: “Women and children suffer disproportionately when caught in the flow of mass and uncontrolled migration. Too many fall victim to violence and crimes such as people trafficking. The rights of these vulnerable groups must be respected in all circumstances,” the President stressed. In the same context, the President reminded his audience that Finland is championing the inclusion of people with disabilities in development cooperation and humanitarian action, in a ‘no one is left behind’ spirit.

President Niinistö was of the opinion that the current wave of migration is just the beginning. This requires shifting the focus towards identifying the reasons for, rather than merely trying to manage, migration flows. “We need to intensify our efforts to prevent and resolve conflicts, prevent forced migration, and facilitate the voluntary and safe return of refugees to their home territories. People deserve the chance of lasting peace, economic growth and a positive outlook for the future in their home countries,” the President said, noting that human rights, the rule of law and promotion of good governance are key ways of achieving this objective.

The President concluded his speech by noting that migration should not be viewed as a mere problem. Migration has always been one of the key drivers of development and can provide the impetus for economic growth and poverty reduction: “Controlled, safe, regular and responsible migration is a resource that should be mobilised,” President Niinistö said, and called on all Member States to implement the UN’s Agenda 2030 sustainable development objectives.

Hosted by the Secretary-General of the UN, the summit aimed to bring countries together to adopt a more humane and coordinated approach to handling large-scale flows of refugees and migration. Monday’s meeting was the first UN summit to be held on the subject in conjunction with the UN General Assembly. 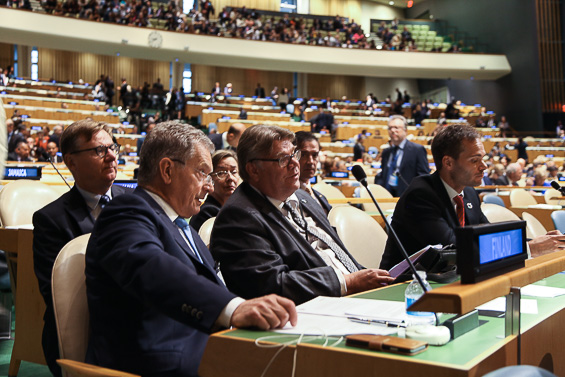 Photo: Katri Makkonen/Office of the President of the Republic of Finland