President of the Republic of Finland Sauli Niinistö participated in a lecture at the House of the Estates in honour of the 90th birthday of Ambassador, Minister Jaakko Iloniemi on Monday, 30 May 2022.

President Niinistö opened the event by warmly congratulating Minister Iloniemi. “In the field of Finnish foreign policy, Jaakko Iloniemi is a constant. For decades, he has shaped policy and discussion. –– The red thread has remained, increasing Finland’s room for manoeuvre.” The President thanked Iloniemi for many valuable discussions and regular correspondence. “In conversations you, Jaakko, have a very special, reassuring ability: even when very serious matters or threats are discussed, the listener often finds himself afterwards feeling surprisingly calm and confident.”

In his speech, the President went through Iloniemi’s significant career, which began in the 1950s as the Secretary General of the Student Union SYL. In the 1970s, Iloniemi became known as the driving force of the Conference on Security and Cooperation in Europe (CSCE). The President stated that, over the years, Iloniemi had consistently advocated for Finland’s active participation in the Western community and strengthening of transatlantic cooperation.

Finally, President Niinistö emphasised the importance of public debate. “Democracy needs rich debate and the sharing of expertise. With incredible energy, Jaakko has served the people and decision-makers alike by actively participating in the public conversation. He is known as a tactful, logical and fact-based debater. –– Let our conversation continue.” 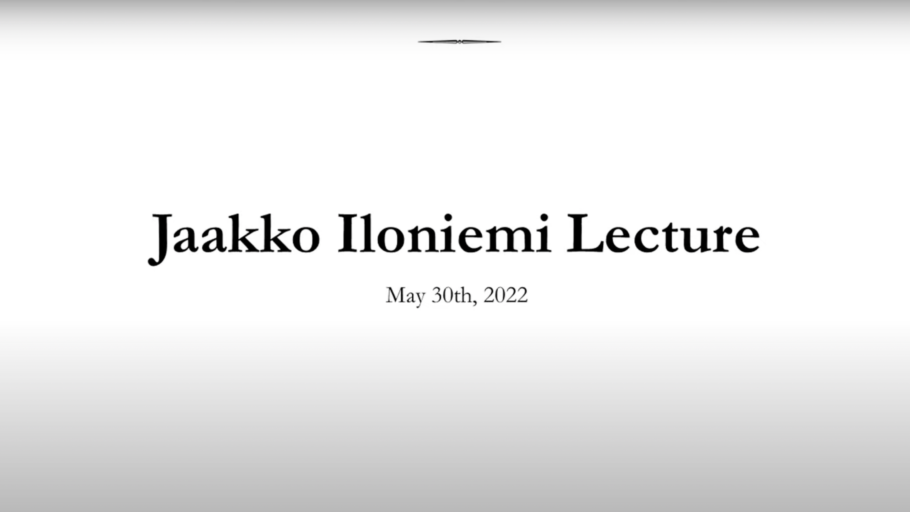