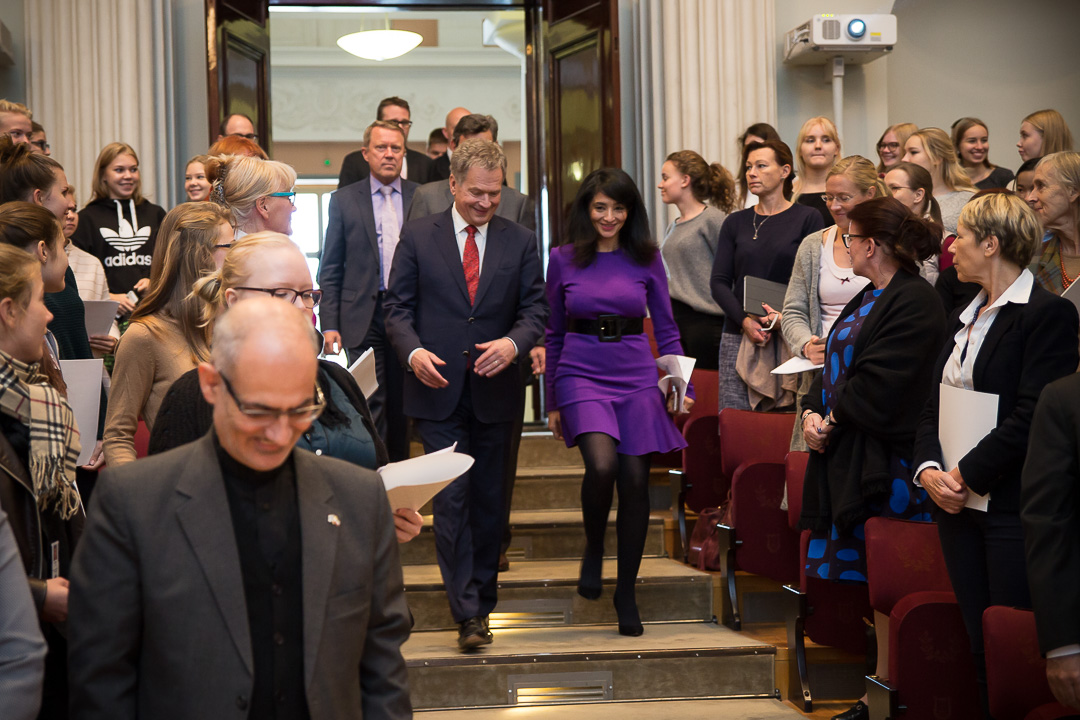 President Niinistö arrives in the seminar together with Director of French Institute Jeanette Bougrab. Photo: Matti Porre/The Office of the President of the Republic of Finland

”Educated girls learn not only to read and write but they get to take command of their lives. They become women and mothers that raise their families up from poverty. For their turn their children are usually empowered to make further progress,” stressed President of the Republic Sauli Niinistö, when opening the ‘A Girl’s Right to An Education’ seminar on 11 October in Helsinki.

”Ms Åström said something about her childhood in her memoirs that still applies to millions of girls today:  ‘The only thing missing in my life was that I wasn’t allowed to learn anything. I would have liked to learn more about everything that I saw, but I wasn’t given the opportunity. My father didn’t understand my thirst for knowledge at all’,” President Niinistö quoted.

The right to education is a fundamental human right

President Niinistö affirmed that the right to education is a fundamental human right. Despite the fact that school attendance among girls has increased around the world, millions of children are still deprived of the opportunity to go to school.

” Girls often get to attend primary school but in the higher levels there are much fewer girls that get the chance. It is striking that two-thirds of the people who cannot read or write are female” said President Niinistö.

President Niinistö added that poverty is often the reason why families deny girls the opportunity to attend school. In addition, families may fear sending girls on long journeys to school, or be concerned about other risks. Education is difficult for many girls who live in the midst of conflicts.

”I am personally involved in the work of the UN Women HeforShe Movement. As one of the HeforShe Impact Champions I have learned that one of the biggest obstacles to increasing girls’ school attendance is indeed violence against women and girls. Gender based discrimination and violence, including sexual violence, and child marriages take place with the underlying premise that girls would be less valuable than boys. For too many girls the doors to school are closed early and often for good,” President Niinistö stated.

All children have the right to attend school

President Niinistö emphasised that every country has a duty to guarantee all children the opportunity to attend school.

”The Finnish school system is based on the idea that every child, regardless of the wealth of their family, religion or mother tongue, must have an assured access to high-quality education. This is not only the right thing to do but it also makes eminent economic sense. As a small nation it has been our own best interest to ensure that every individual is able to reach their full potential. This is a recipe that will work for all nations,” President Niinistö emphasised.

Girls’ Day is a UN theme day which supports girls’ rights and the demand that they be given the opportunity to live free of discrimination and violence. The seminar was organised by the French Institute, the City of Helsinki and the Ministry of Foreign Affairs of Finland. 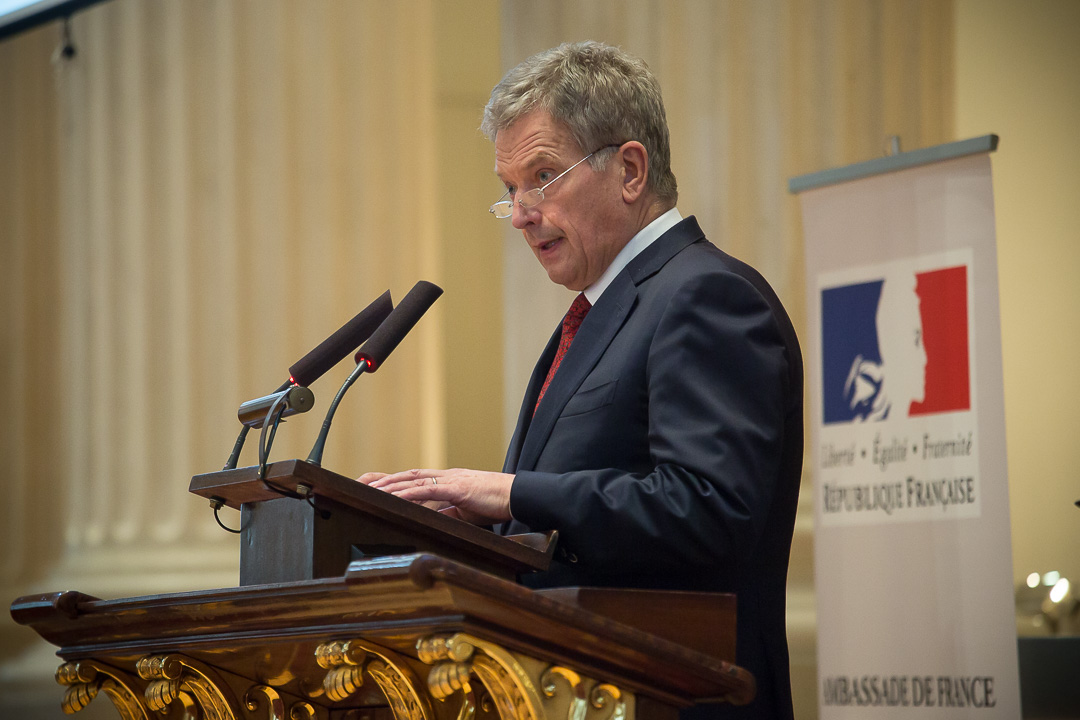 President Niinistö emphasised in his speech that every country has a duty to guarantee all children the opportunity to attend school. Photo: Matti Porre/The Office of the President of the Republic of Finland