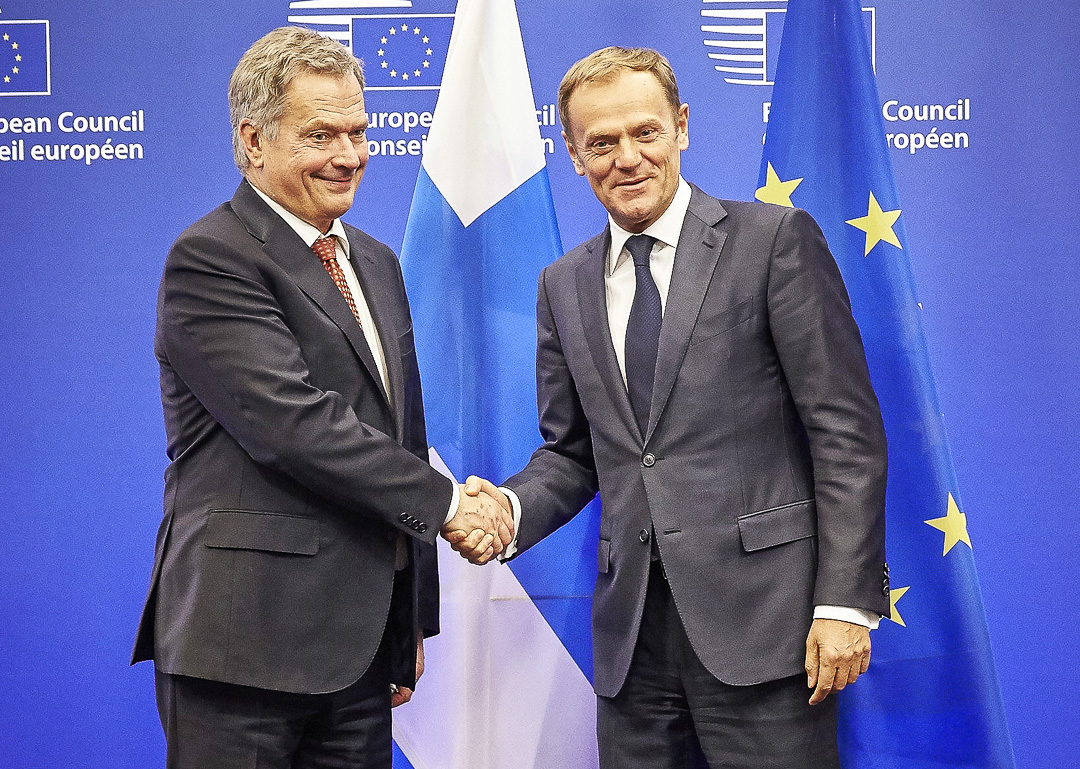 At a press conference, President Niinistö said that the result of the US presidential election – the victory of Donald Trump – had formed the basis of the subjects discussed at the meetings. The President pointed out that Mr Trump’s notion that Europe must bear more responsibility for its own security is not new.

“It is a theme that has been reiterated in the United States for many years. I think that it is time for the EU’s NATO members to openly admit the extent to which they have depended on the US for military protection. The contrast with Finland is clear. We have maintained military service throughout the years,” President Niinistö commented.

President Niinistö remarked that this was also evident in the willingness of Finns to defend their country. Opinion polls show that up to 80 percent of Finns have such willingness, when the same figure is only 20 percent in some EU countries.

“In a sense, people have been lulled into believing that NATO takes care of defence, which of course mainly means the United States,” continued President Niinistö.

No need to set an EU army as the goal

The President commented on the future of European defence policy by stating that there was no need to set clear objectives or follow ‘guiding stars’. Instead, we should take a step at a time and see where it leads.

“We should continue to develop defence cooperation within the EU. For example, there has been much discussion about an operational headquarters. Whether this ultimately results in an EU army is another issue. We should warmly welcome every step that we can take. If a final goal is set within the EU, its very existence will set off so much squabbling that the issue will get nowhere,” emphasised President Niinistö.

The EU must improve its own popularity

Another topic of discussion was the EU’s unpopularity and how to respond to this. President Niinistö stated that the EU must tackle this issue.

“A natural way of becoming more popular would be to respond to the lack of security people feel. In the western parts of the EU people feel insecure due to migration and terrorism, while Russia enters the picture in the eastern half. If the EU could issue a convincing message and act in a way that leads people to say that the security of EU citizens and their families is guaranteed, I believe that the EU’s reputation would be similarly guaranteed,” President Niinistö said.

President Niinistö mentioned Donald Tusk’s idea of a joint, anti-terrorism police force as a concrete measure in this regard.

The President also engaged in discussions on Europe’s defence cooperation and its current structures at the headquarters of the EU Military Staff, with its current Director General, Lieutenant General Esa Pulkkinen. On 9 November, he also met with Jens Stoltenberg, Secretary General of NATO. The discussion with Mr Stoltenberg focused on the security of the Baltic region in particular. 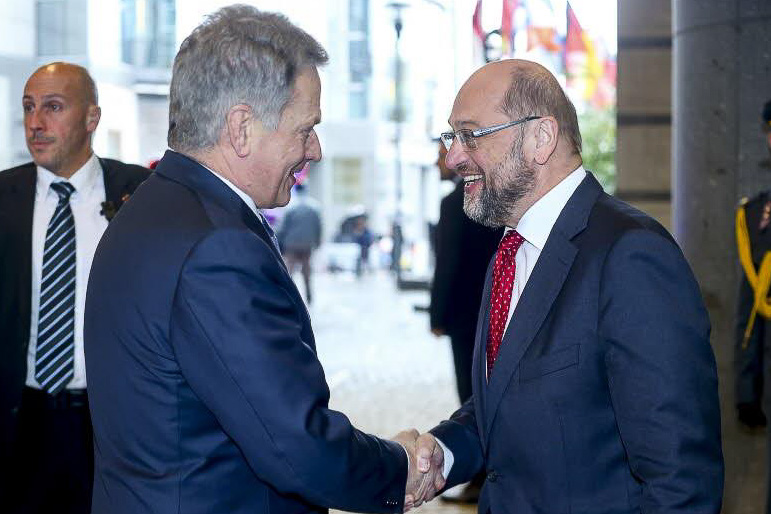 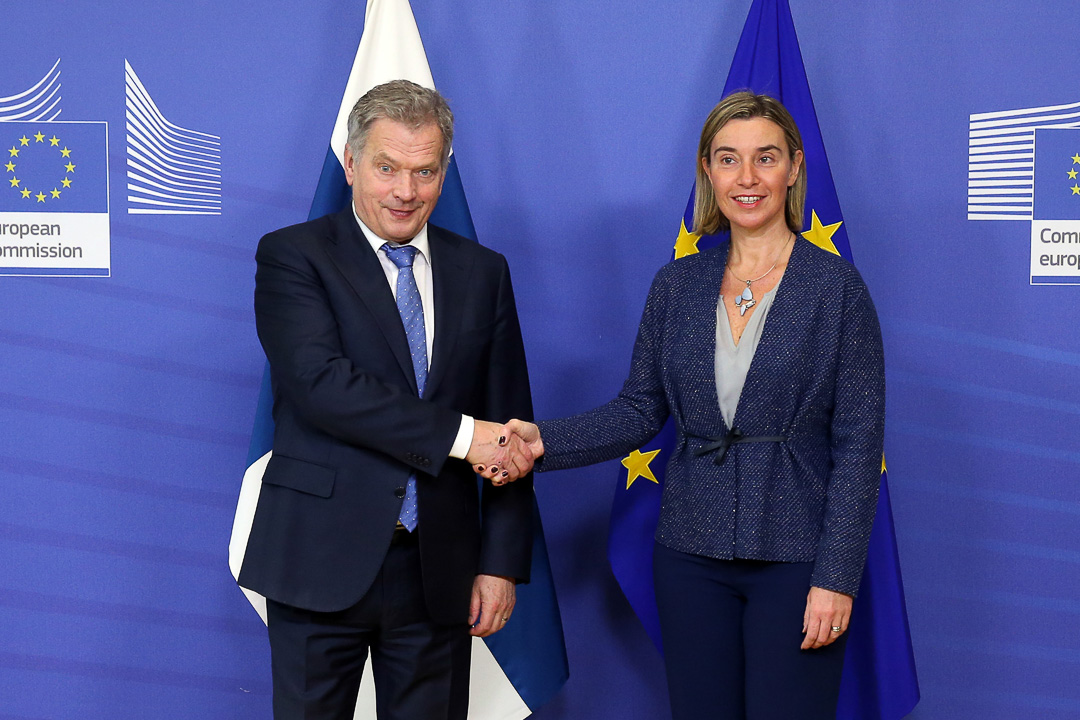 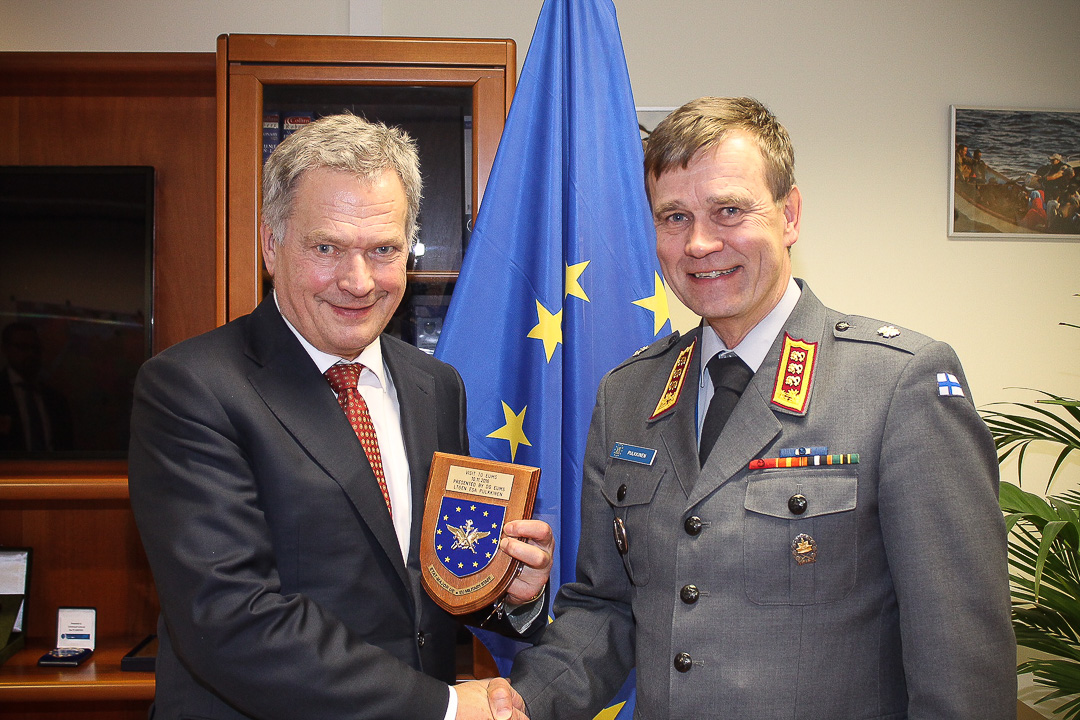 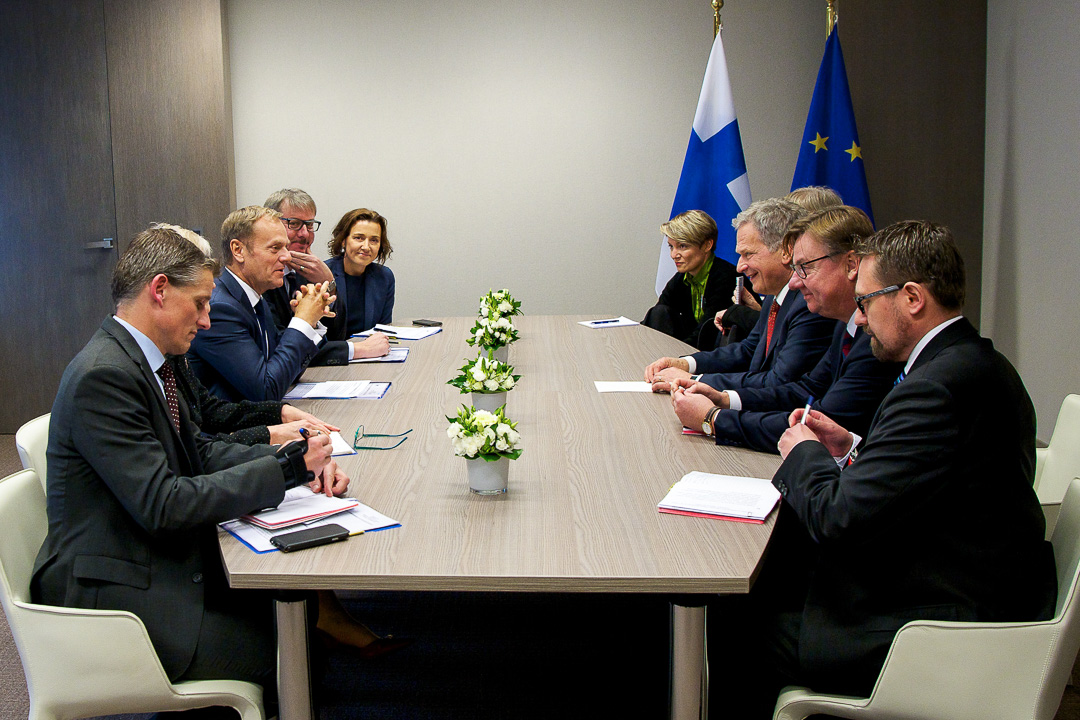 On a meeting with President of the European Council Donald Tusk. Photo: Kuva: Mario Salerno