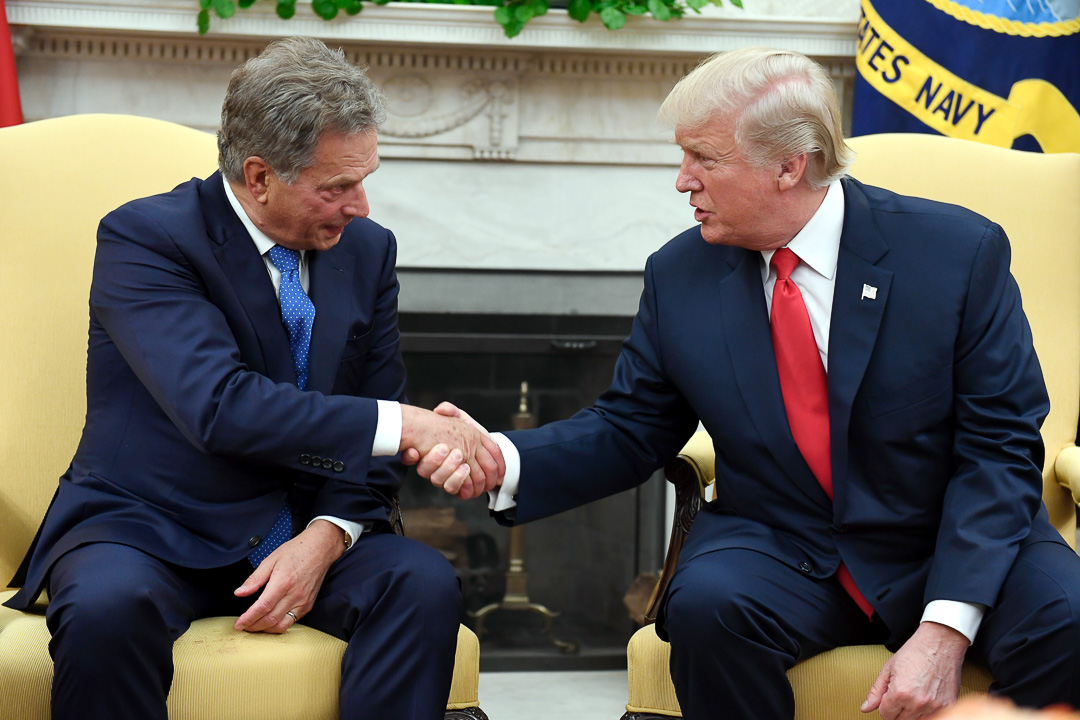 President of the Republic Sauli Niinistö met President of the United States Donald Trump on 28 August 2017 in Washington D.C. President Trump welcomed President Niinistö to the White House in the afternoon, after which the presidents held bilateral talks and discussions with the delegations.

“The broad headline of our discussions was security,” President Niinistö said in a joint press conference after the meeting.

“The US and NATO presence in Europe and the Baltic Sea are most important and are increasing stability. Finland is doing its part,” President Niinistö continued and highlighted Finland’s proposal to improve flight safety over the Baltic.

President Trump brought up cybersecurity and said that Finland was a leading expert in the field with whom the United States should engage in cooperation.

Russia was also brought up in the news conference.

“Finland is not an advisor. We try do our best to maintain peace,” President Niinistö said. ”With Russia you have to be determined, but you have to exercise dialogue too.”

According to President Trump, Finland is respected by Russia.

Important to conserve the Arctic region

Finland took over chairmanship of the Arctic Council from the United States in May.  During their meeting, the presidents also discussed issues related to the Arctic region.

“Finland firmly believes that business and environment can both be winners in the Arctic. A good example is reducing black carbon. If we lose the Arctic, we lose the Globe,” President Niinistö stated.

Hurricane Harvey and the Turku terrorist attack topics of discussion

Both presidents extended their well wishes to those suffering from the catastrophic conditions brought on by Hurricane Harvey.

“We have been closely following Hurricane Harvey. Our thoughts are with the people of Texas and Louisiana,” President Niinistö said.

President Trump also extended his well wishes to the Finnish people on behalf of the Turku terrorist attack and thanked Finland for its efforts in Afghanistan and Iraq. 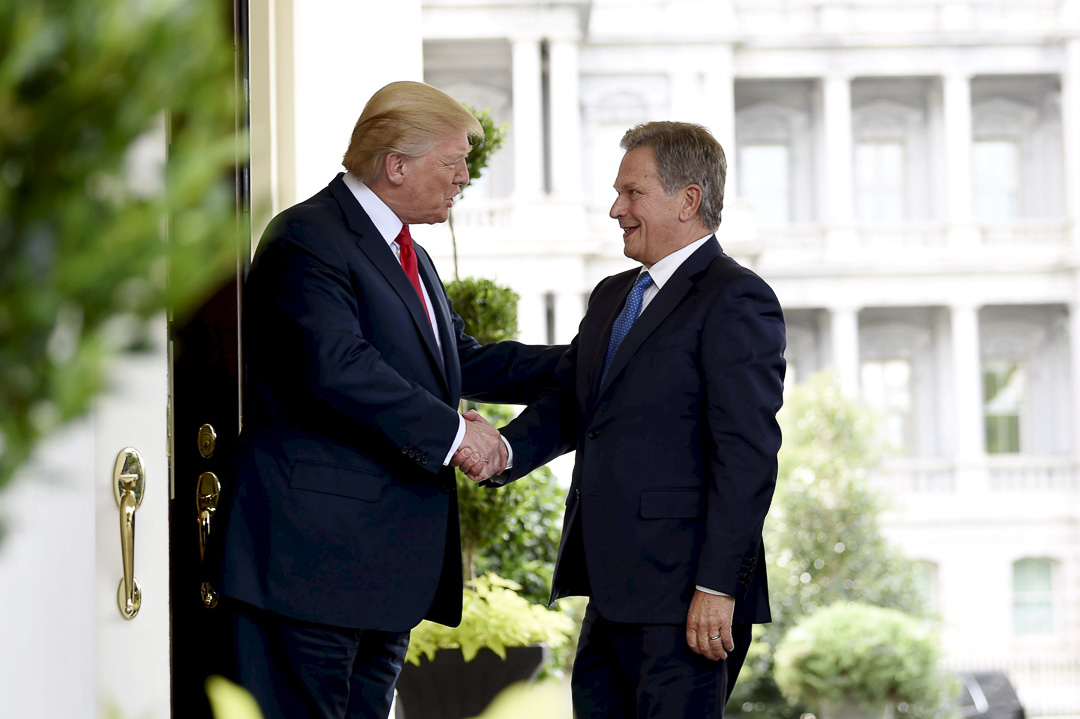 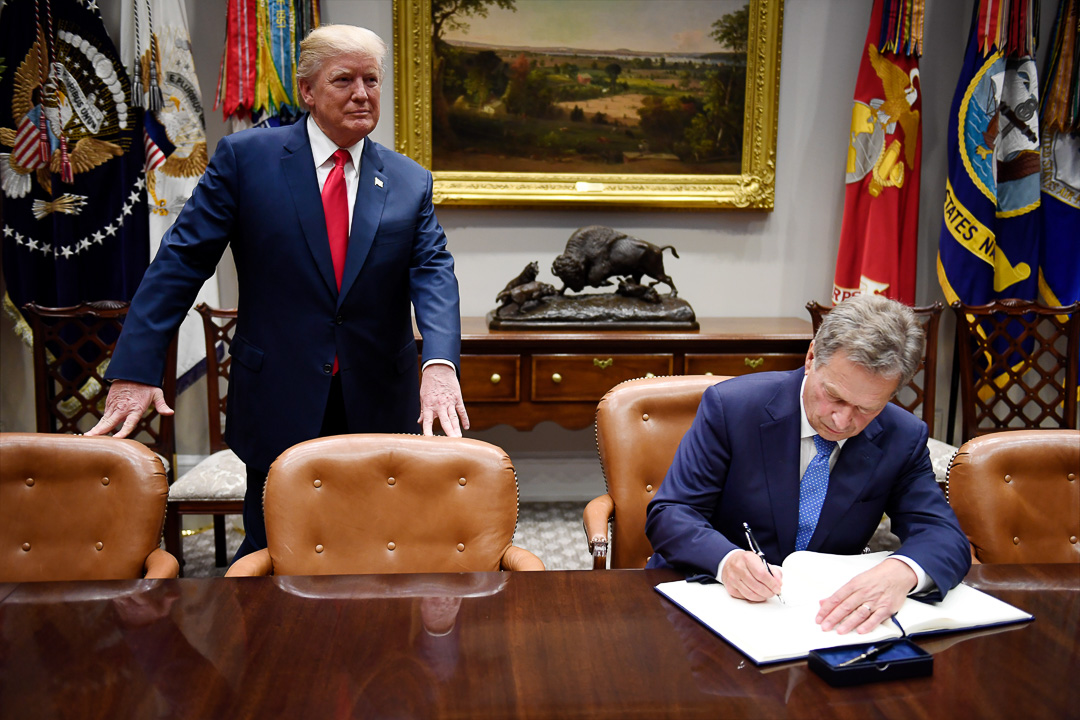 Signing of the Guest Book at Roosevelt Room. Antti Aimo-Koivisto / Office of the President of Finland

Antti Aimo-Koivisto / Office of the President of Finland 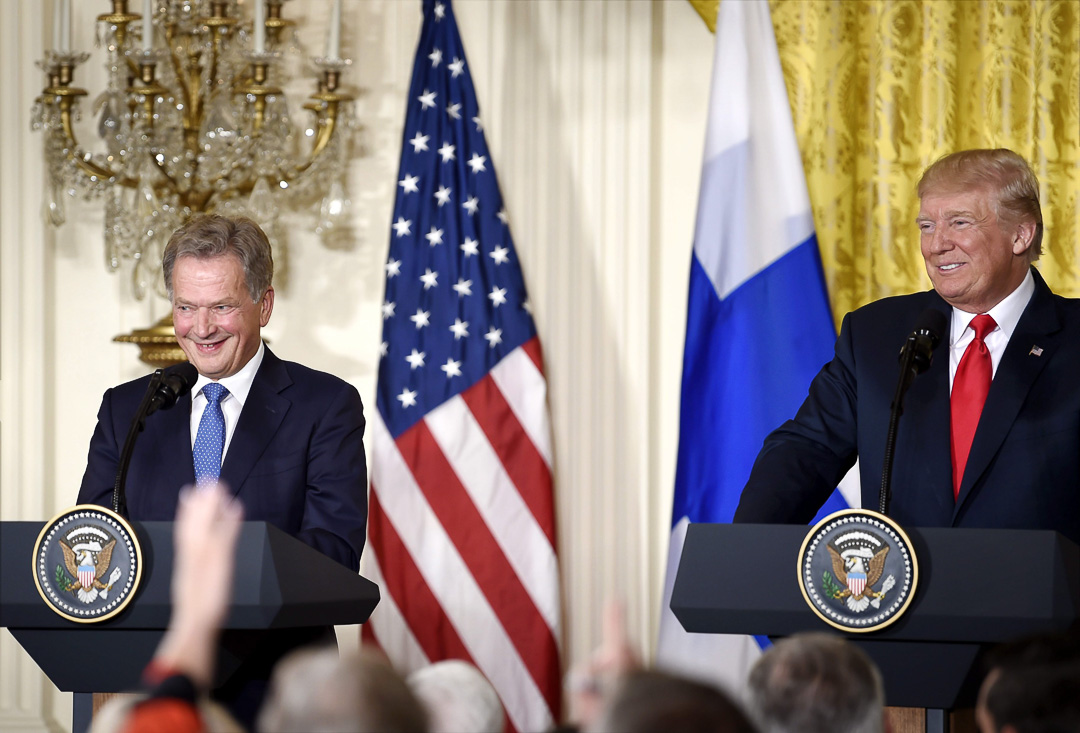 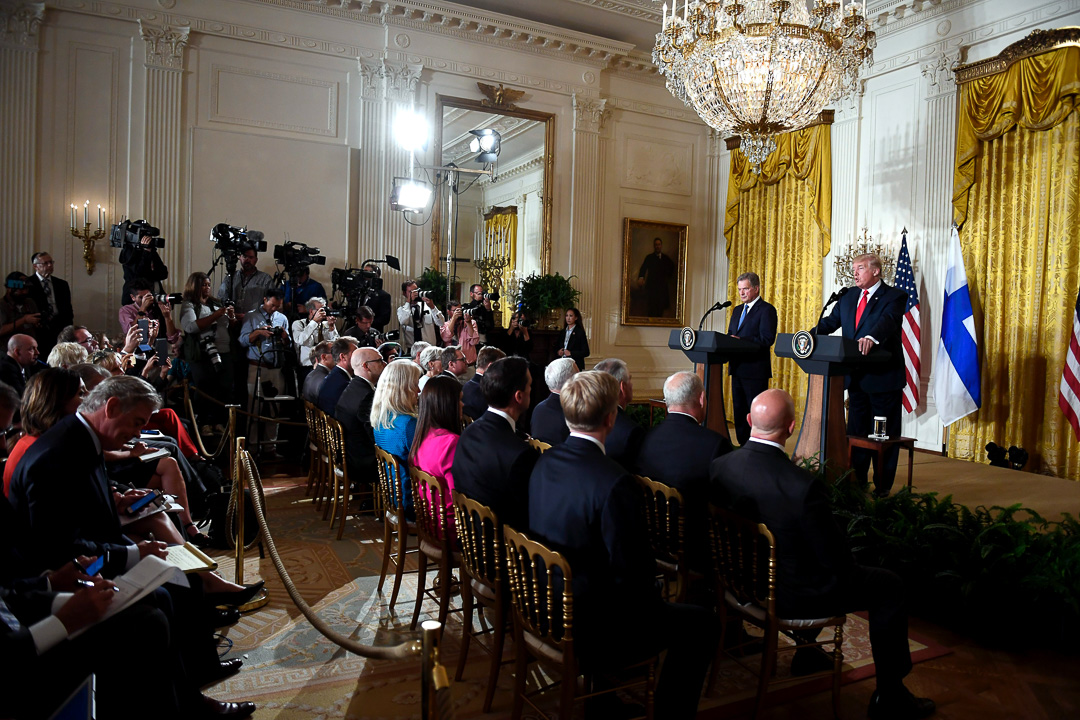 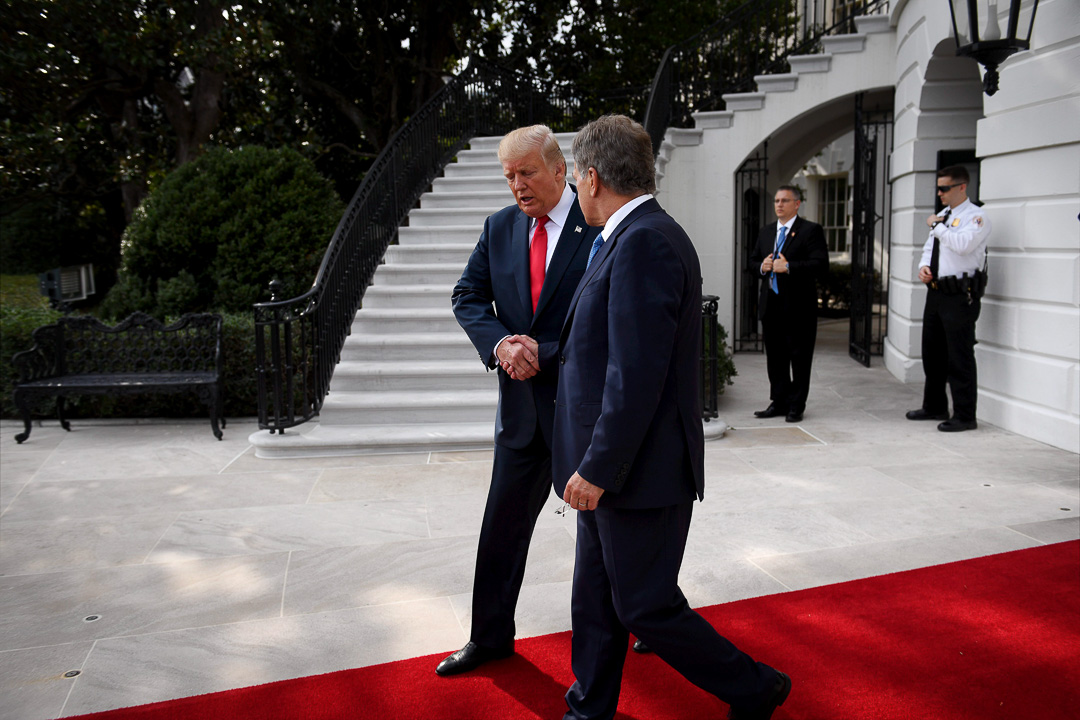