Home / President Niinistö: Key message of a 100-year-old Finland – You will do  well if no one is doing badly 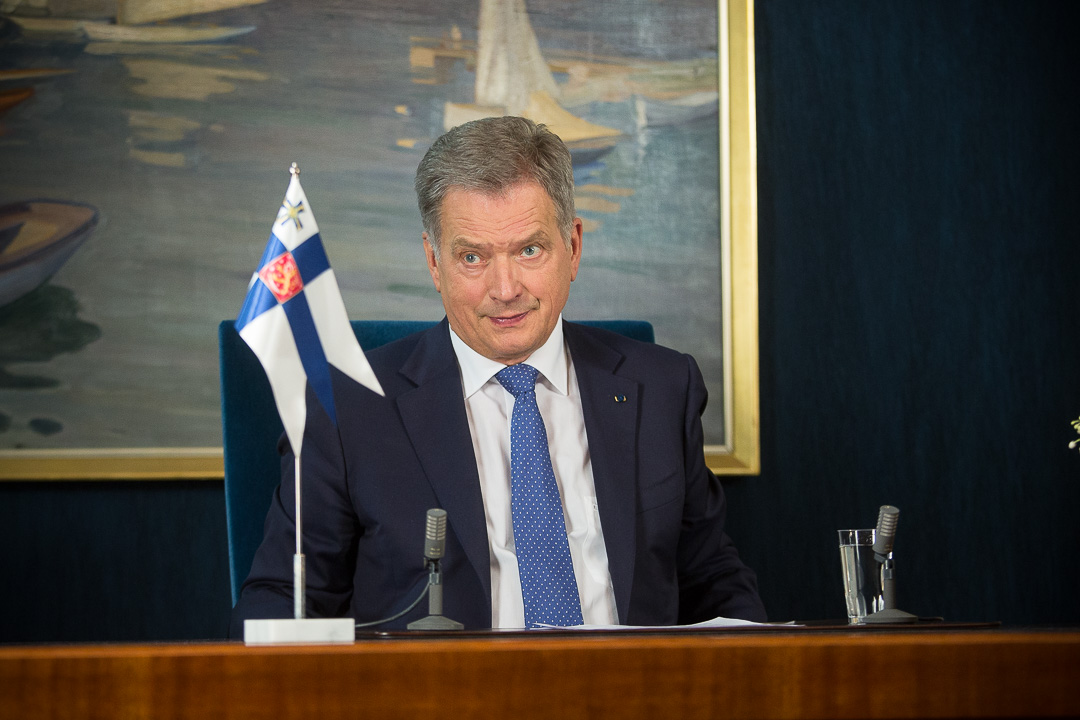 The social inclusion of citizens, equality and a sense of justice are essential values for us and built the national spirit of a 100-year-old Finland, President of the Republic Sauli Niinistö said in his New Year Speech on 1 January 2017.

The President talked about participatory patriotism, which is based on interaction: Finland acts in a way that takes into account individuals, who in return contribute to a common objective. “A community that shares such a spirit can be more successful than others, but does not consider itself to be better than others. It does not exclude anyone, regardless of their origin or any other reason, but invites people to participate. It tells you that it is good to live in this country.”

According to President Niinistö, one key message of a 100-year-old Finland could well be: You will do  well if no one is doing badly. “So help as much as you can. Another message could be: Take reasonable responsibility, at least of yourself. That is, do what you are capable of.”

“Reaching a centenary is something special, brings back memories and flashes from along the way, in different ways to different age groups. Many young people too will surely be stirred – so it is this important, high five to Finland!”

Not everybody will be celebrating with us, the President reminded. “Fireworks, festivities, let alone the words of speeches; it is difficult to rejoice if your own life is too difficult.”

The President said that participatory patriotism is a feeling founded by means of democracy. Before independence, language and culture built our national spirit and our nation. Soon after our independence, following a bloody period, equality and justice created participatory patriotism: “I too am part of this. We were successful and the Winter War Miracle is a glorious manifestation of it. Everyone shared the same feeling, from the young female volunteers to officers, from the working class to the wealthier, from city dwellers to farmers. The fact that we had something worth protecting and that we were protecting it together. Because we were all participants.”

In a land of shadows, in this world

“Evil has always existed, but now it is more and more present”, the President said. “We are now walking in a land of shadows, in this world. We hear news of cruelty and death every day, be it Aleppo, Berlin, and who knows where next.”

We think in a Western way and promoting wellbeing and creating peace has been our objective. But how about preparing against evil, President Niinistö asked. “When something bad has happened, often afterwards it is asked why enough was not done in time to stop a terrorist. It is a poor answer to say that we did not have sufficient powers. This only conveys a feeling of powerlessness.”

“Our constitution provides good protection for the fundamental rights of the individual. But now we are facing some very difficult questions: what should we do in a situation where we have to weigh collective safety against rights of the individual?” the President asked. “Evil must of course be opposed with good. But we must set limits to evil. We also need to be strong and resolute.”

The EU is only as strong as its weakest link

“The European Union is needed more than in decades, but it is now weaker and more fragmented than ever”, President Niinistö said. The focus of the Union must now be on what is the most important for European people: to live in peace and security. “Threat of terrorism, fear or war and the forces of migration create uncertainty.”

We can overcome these challenges better together. Individual decisions and odd benefits will weaken unity. “The EU is only as strong as its weakest link.”

President Niinistö said that the EU has been losing its footing in international politics. “There has been speculation that Presidents Putin and Trump will be discussing Europe over Europe’s head. As regards Syria, we hear that Russia and Turkey are brokering a peace agreement. The EU cannot be absent from the negotiation tables where decisions about the future are made.”

“The Union’s security and defence co-operation has taken a step forward. This is good, and an avenue that must be kept open. There is no point in first defining what cooperation does not include. It is better to proceed one step at a time and see how far down the road we get without difficulty.”

The President also said, that action is needed from the EU as terrorism is a common enemy. “In order to defend against this evil, a key role is played by effective gathering and exchange of information and flexible co-operation between the authorities of different countries.”

Fighting against climate change contributes to reducing forced migration. The EU must continue its role as the flag bearer, President Niinistö said.

At the end of his speech, the President talked about the human being’s relation to nature and other human beings – “we must be able to get along with each other”.

“People, animals and plants, all from the same root, made of the same matter,” the President cited director and author Juha Hurme. Sulo Karjalainen looks at a bear and the animal looks at him, face to face. “Do they understand something, even a lot, about each other? Humanity or animality, both creatures of nature.”

“How about humans looking at humans, face to face? It helps you to see, perhaps if someone needs help. It helps you to understand that other people too have goals and requirements. Or teaches you to recognise danger and to manage fear.”

“The world of shadows requires a counterforce. If we have understanding and participation in people, humanity and the creation, the shadows will withdraw”, the President said. 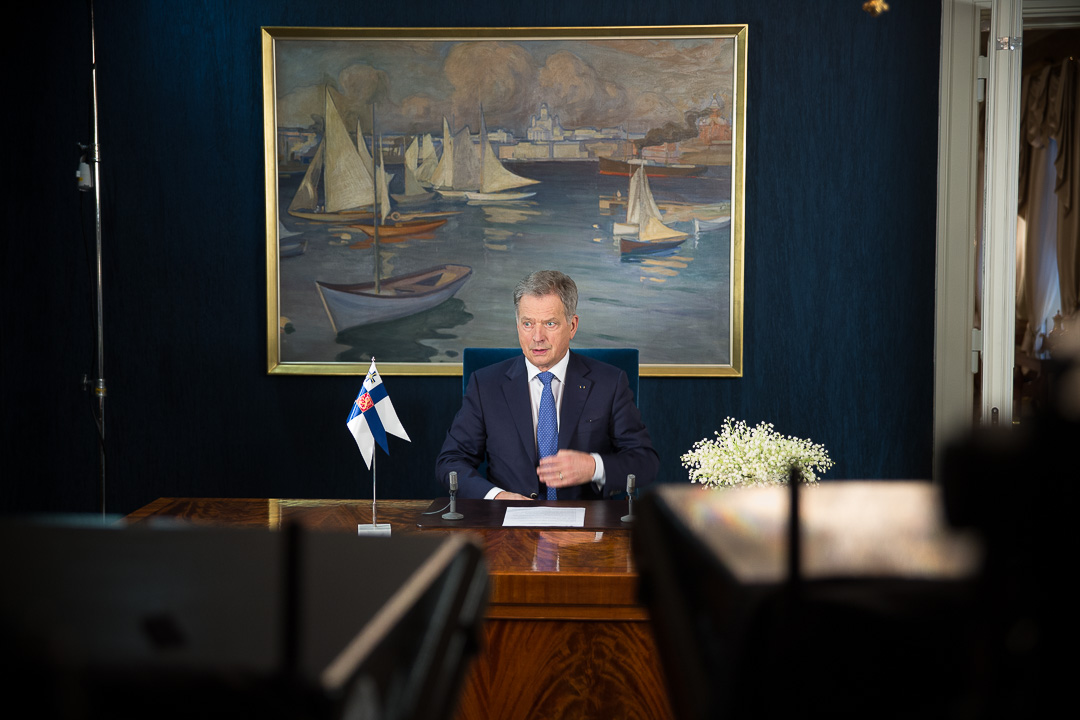 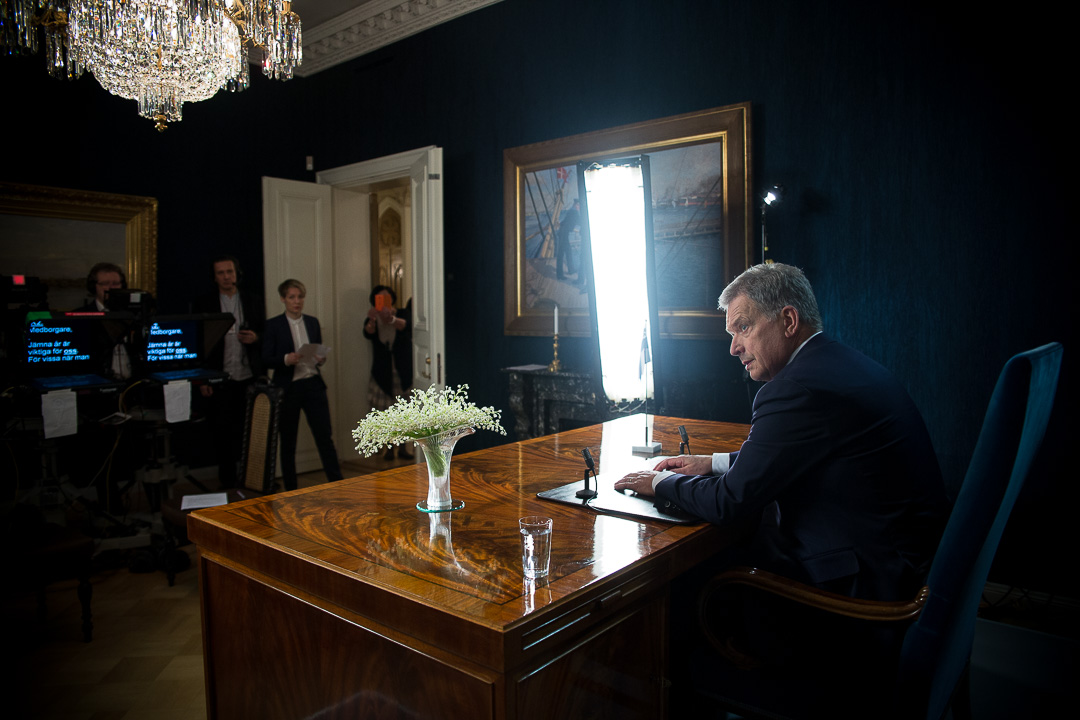