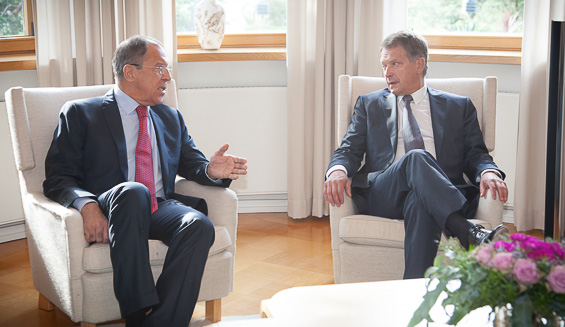 The President of the Republic Sauli Niinistö met the Foreign Minister of Russia Sergei Lavrov at Kultaranta on Tuesday 10 June. The meeting dealt with issues such as the situation in Ukraine and Russia’s views on how the acute crisis can be resolved and how a resolution to the crisis could be achieved.

“Foreign Minister Lavrov stated that Russia respects the electoral result of Ukraine and that they now expect a proposal from President Poroshenko on a ceasefire and measures in line with that aim. I appealed that Russia would do everything possible to calm the situation and also take measures that it does not view purely as its duty,” President Niinistö told the media after the meeting.