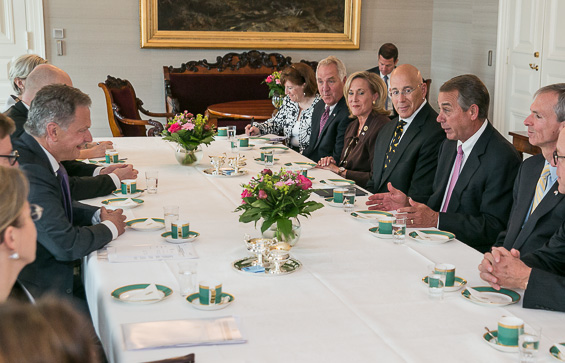 President of the Republic Sauli Niinistö met with John Boehner, Speaker of the House of Representatives of the United States Congress, in the Presidential Palace on Tuesday 30 June. The two statesmen discussed issues such as bilateral transatlantic relations and the TTIP partnership, the security of the Baltic Region and energy.

President Niinistö kicked off the discussions by bidding Speaker Boehner – and the members of the House of Representatives who accompanied him – a warm welcome to Finland. President Niinistö stated that, during their travels, his guests had learned much about the problems affecting Europe: the economy, the situation in Greece and the Ukrainian crisis.

“It is very important that your visit also serves enhancing  transatlantic relations. Transatlantic bridge building is a value in itself,” said President Niinistö.

During the visit, Speaker Boehner also met Maria Lohela, the Speaker of the Finnish Parliament, and Minister for Foreign Affairs Timo Soini.

The Speaker of the House of Representatives is second in the United States presidential line of succession, after the Vice President. Mr Boehner has been Speaker since January 2011. 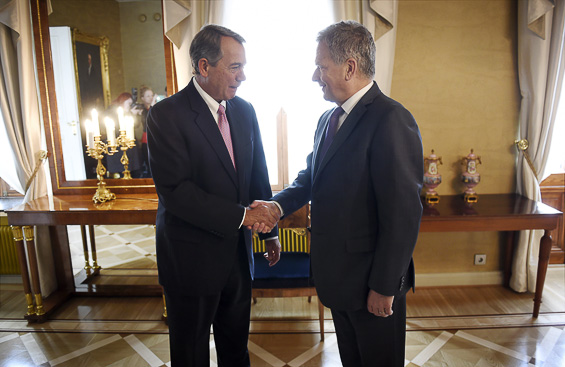