President of the Republic of Finland Sauli Niinistö met with US Senate Republican Leader Mitch McConnell and Republican Senators John Barrasso, Susan Collins and John Cornyn on Monday, 16 May 2022 in Helsinki. The President and the Senators discussed Finland’s security solutions, US support for Finland’s NATO membership and Russia’s warfare in Ukraine.

“We had a very good discussion. I want to refer to our last meeting, that was in March in Washington. And I want to thank once again for the encouragement you gave a couple of months ago. And now you see the results”, said President Niinistö at a joint press conference, held after the meeting.

In addition to NATO, the President and the Senators discussed Ukraine. “We had a very interesting discussion, not only dealing Finnish membership in NATO, but also about Ukraine.”

Senator Mitch McConnell stated that the goal of the United States is to process Finland’s membership application as quickly as possible once Finland’s official application has been submitted. According to the Senator, Finland would strengthen the defence alliance. In addition, the Senator thanked Finland for everything that Finland has done for Ukraine.

The President of the Republic of Finland and the Ministerial Committee on Foreign and Security Policy decided earlier, on Sunday 15 May 2022, that after consulting Parliament, Finland will apply for membership in the North Atlantic Treaty Organisation (NATO). 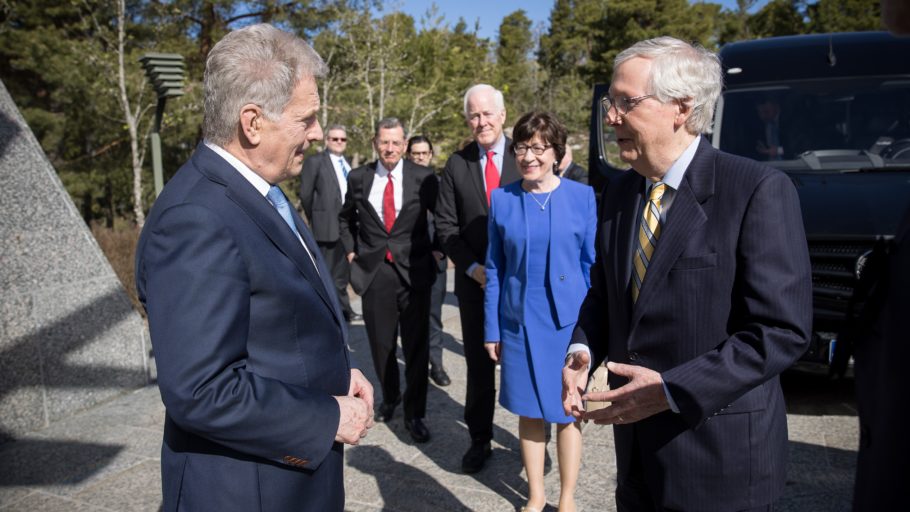