Home / President Niinistö: The Arctic dilemma – the economy or the environment? 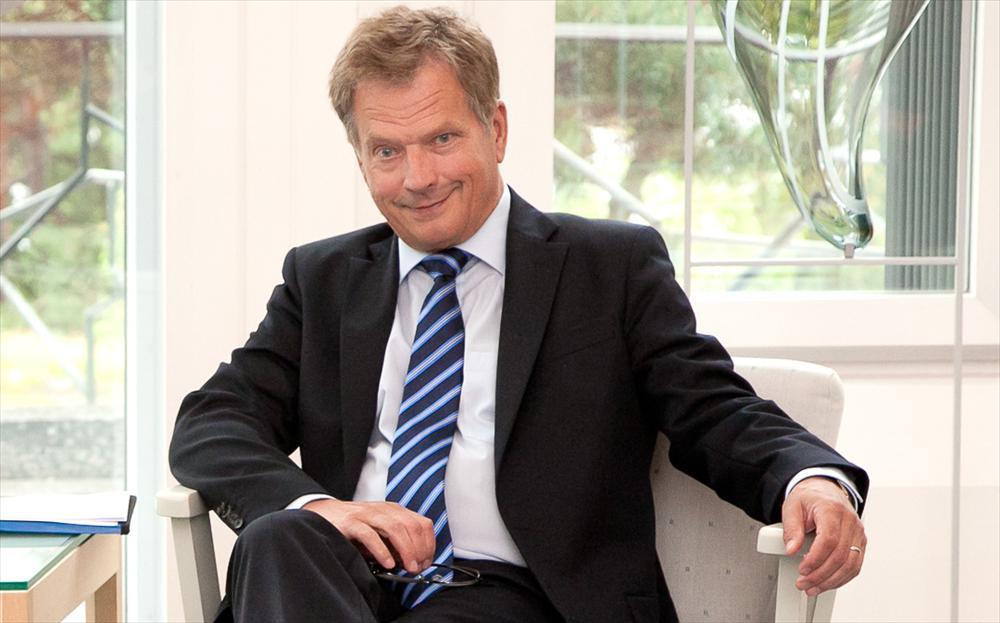 The climate change is the number one threat to the Arctic region, President Niinistö writes.

Finland is now embarking on its two-year Chairmanship of the Arctic Council. We have already declared a set of clear and concrete objectives, which are easy to agree with.

However, a basic question remains above and beyond these tangible goals.  On which side do our attitudes fall – do we primarily view the Arctic region as a source of economic opportunities, or do we see that preserving the region’s ecosystem is critical to our entire planet?  Do we put the environment or economy first? This great dilemma facing humanity perhaps now looms more concretely than ever before, in the Arctic region.

Today, I will refer only to climate change, the number one threat to the Arctic region. The Arctic Council must acknowledge the conclusions of the Paris Convention on Climate Change, but there might be willingness to leave the matter to Paris rather than take it on the Council´s agenda.

The leaders of two of the largest member states, presidents Putin and Trump, have expressed very similar views on climate change – that it is not due to human action. This forces us to conclude that it will be challenging, to say the least, to keep the matter alive in the Arctic Council.

I would recommend approaching this issue from the perspective of black carbon, an accelerator of glacier melting.   Old energy plants in the neighbourhood of the Arctic are causing heavy damage. This is due to incomplete combustion and flaring, a process almost impossible for a lay man to understand, of burning off excess gas. Around the world, flaring wastes forty times more gas than Finland consumes in a year.

A ‘neutral zone’ can be found in combating these two sources of emissions. Doing so would not interfere with interests bent on economic exploitation. On the contrary, refitting plants would create business activity. Plans have apparently been drawn up, only the funding is lacking. Common sense can see that gas flaring means only a loss for both business and the environment.

Let me return to the two large member states.  Russia can hardly have anything against engaging in cooperation to improve the condition and energy efficiency of its plants; this would mean economic gains in the longer term. Russia would also spur international cooperation, something which it would value during the current sanctions even if they were not lifted.

President Trump has repeatedly demonstrated his readiness to adjust his uncompromising views if he sees movement in the direction he prefers.  Climate protection is now becoming his Achilles heel.  By entering this neutral zone, he could at least do something to answer domestic criticism without having to give up his main message. The aim would be to have President Trump at least go some way to acknowledging the unavoidable nature of climate protection – albeit through energy efficiency.

As I said, Finland has clear objectives. Some of these are based on greater economic exploitation of the Arctic region, but in terms of reducing rather than increasing the risks.

I referred to the fact that a basic dilemma looms above the activities of the Council. I think that Finland should openly and clearly grasp this issue, for example via the mentioned neutral zone.