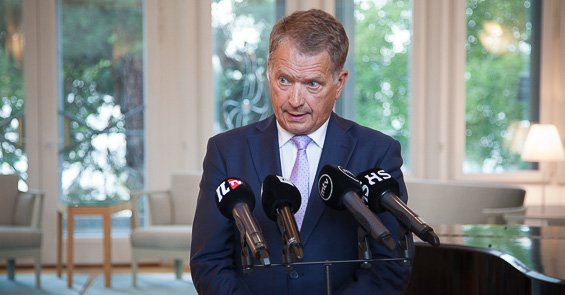 President of the Republic Sauli Niinistö will travel to Russia to meet President Vladimir Putin on Friday 15 August 2014. The presidents will meet in Sochi. The working visit will focus on the Ukraine crisis.

”In the current situation, many people in Finland and abroad have asked whether Finland could do something. My perspective on this question is that, as President of the Republic of Finland, I am obligated to do everything in my power,” said President Niinistö at a press conference on 14 August.

”I do not imagine myself to be a great peace mediator. There has been no shortage of actors involved in the Ukrainian crisis, with regrettably poor results. However, I place great importance on the creation of an open channel of negotiations. No peace treaty in history was signed over the telephone, and neither will this situation be resolved solely by that method. I hope that opening a negotiation channel will create opportunities for positive progress. In a situation like this, when the guns are roaring, every little step forward is important,” said the President.

According to the President, the subjects discussed at the meeting will involve the overall situation in Ukraine and the potential for reaching a resolution through open dialogue. “How to avoid perpetuating the cycle of mistrust, that is in everyone’s interest. This is not about bilateral issues, or about sanctions. They have been imposed by both sides, and we just have to live with them,” the President continued.

President Niinistö said that he has been in contact with the leaders of several partner countries before the meeting. Minister for Foreign Affairs Tuomioja has likewise been in touch with his counterparts in other countries.

”I have not sought a wider mandate, but I am pleased that our ideas and this visit have gathered widespread support also within the EU. The fact that, in the interests of safety and stability, Finland has every cause to be active in this matter, is well understood,” said President Niinistö.

According to President Niinistö, the situation in Ukraine is highly dangerous. ”The escalation of fighting has again been reported today. This is a catastrophe for Ukraine, but also touches all of us in a variety of ways. On several occasions, I have expressed a feeling that we are on the brink of a cold war, and this development is detrimental to all of us.” 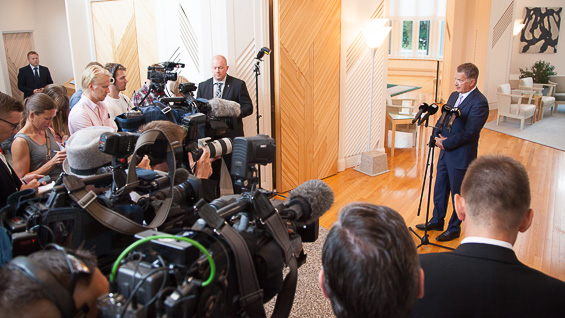