Home / President Niinistö on an official visit to Norway: We are now living in a new reality

President of the Republic of Finland Sauli Niinistö made an official visit to Norway on 10 and 11 October 2022.

The visit started on Monday 10 October in Oslo at a seminar organised by the Norwegian Foreign Policy Institute (NUPI), where President Niinistö was the keynote speaker.

“We are now living in a new reality”, the president said in his speech. “The end of the war – Russia’s brutal war of aggression against a sovereign country, against its neighbour – is unfortunately nowhere in sight. The news this morning are a case in point: the indiscriminate attacks on Kyiv and other cities in Ukraine.”

According to President Niinistö, the effects of the war, however, do not stop in Ukraine. The security situation in all of Europe is more precarious than it has been for a very long time. “If we needed a reminder of the dangers for us here in the North of Europe, we recently received one. The explosions in the Baltic Sea two weeks ago, leading to gas leaks in the Nord Stream pipelines, need to be thoroughly investigated.”

“We must be vigilant”

In the coming months, our resilience will be severely tested, and we need to prepare for surprises, the President said. “Maintaining our unity, maintaining our resilience, will require constant efforts from every single one of us. We must be vigilant. We must be ready for hard choices. And we must make them by sticking together”, the President said.

After President Niinistö’s keynote speech, he and Prime Minister of Norway Jonas Gahr Støre discussed the topic further. The discussion was moderated by Ulf Sverdrup, Director of NUPI.

After the NUPI seminar, President Niinistö met with King Harald V of Norway, Queen Sonja and Crown Prince Haakon at the Royal Palace.

In the afternoon, President Niinistö held bilateral discussions with Prime Minister Gahr Støre at the Prime Minister’s official residence. The topics were the security policy situation in Europe, Russian military operations in Ukraine, energy issues and cooperation between Finland and Norway in the fields of foreign, security and defence policy.

At the end of the discussions, the President and the Prime Minister held a joint press conference.

Later in the day, the President visited the Norwegian Parliament, the Storting, where he spoke with Masud Gharahkhani, President of the Storting, and members of the Standing Committee on Foreign Affairs and Defence. 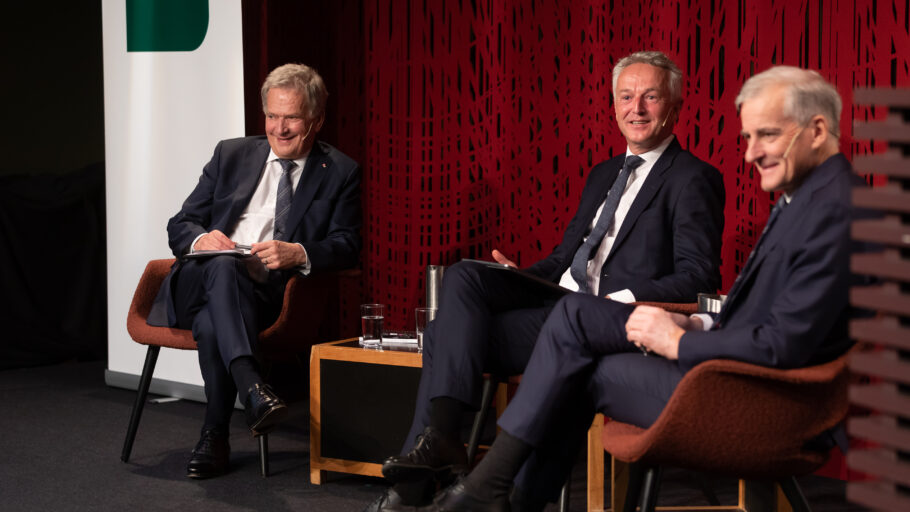