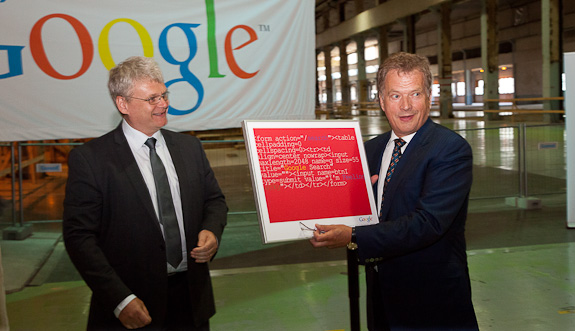 Arni Jonsson, Datacenter Facilities Manager of the Google server centre in Hamina, presented President Sauli Niinistö with a picture of an extract of source code from the search engine algorithm. Copyright © Office of the President of the Republic of Finland

“The Google investment shows that Finland is an attractive corporate environment for the world’s leading provider of Internet services,” said President of the Republic Sauli Niinistö at the Google server centre in Hamina on Thursday 2 August 2012. In connection with the President’s visit, Google announced that they would be investing EUR 150 million in expanding this server centre. The visit to the Google facility formed part of the programme on the day trip to Pyhtää and Hamina by President Sauli Niinistö and his spouse Jenni Haukio.

President Niinistö said that the conversion of the Summa plant from a paper mill to a server centre illustrates the growing importance of the Internet in the economy and in structural change. The facility is energy-efficient, cooled with sea water, and hence complies with sustainable development and environmental values, the President said.

“What can we do better to make our country even more attractive?” asked President Niinistö. He said that in the autumn he would be hosting a meeting for representatives of foreign companies that have already invested in Finland at the Presidential Palace. “I want to learn more from their experiences.” 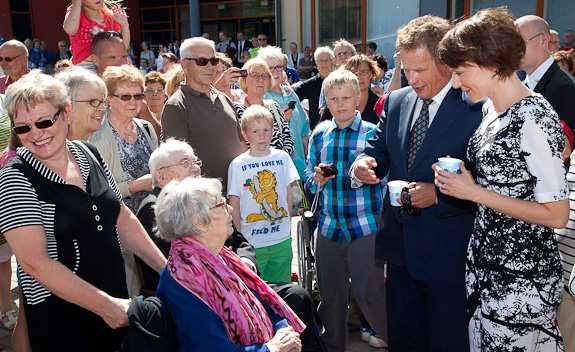 A large crowd gathered for morning coffee at Huutjärvi school centre in Pyhtää. Copyright © Office of the President of the Republic of Finland

From morning coffee to martial music

The visit on Thursday began at Patruunatalo in Pyhtää. Representatives of the local authority reported on matters such as the nature tourism initiative in the archipelago and noted that the condition of the sea in the area had improved. The President and his spouse visited the Stockfors iron works and an exhibition of ITE or ‘self-made’ art. Hundreds of local residents came to Huutjärvi school centre for morning coffee to greet the visitors. President Sauli Niinistö and Jenni Haukio went walkabout in the crowd to chat to the local people.

In the afternoon, President Niinistö met with local officials at Hamina Town Hall. The President was given a presentation on the history and future projects of the town of Hamina and on the Hamina Tattoo military music event. President Niinistö also joined General Ari Puheloinen, Chief of Defence, for a visit to the Reserve Officer School, where they were given a tour by the Commandant, Colonel Vesa Kangasmäki. The town of Hamina takes pride in the institution, whose roots go back to the 18th century.

The evening programme included an invited performance of the Hamina Tattoo March Show. 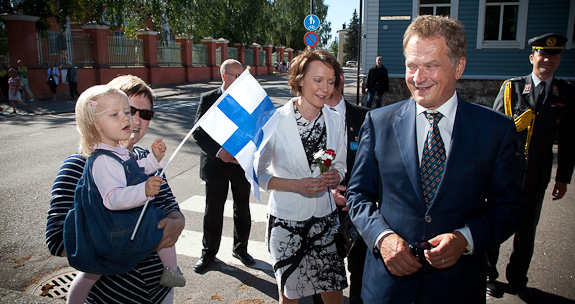 Jenni Haukio, the President’s spouse, was handed a bouquet of flowers from a young fan en route to the Reserve Officer School in Hamina. Copyright © Office of the President of the Republic of Finland 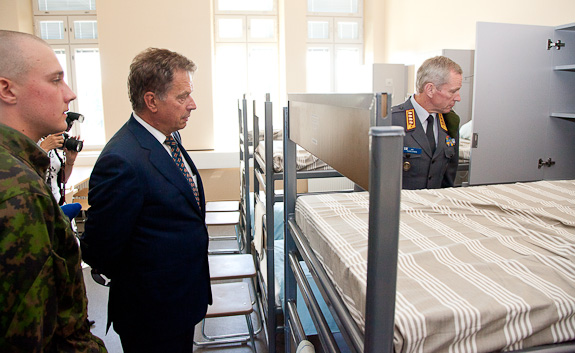 President Niinistö and General Ari Puheloinen, Chief of Defence, at the Reserve Officer School. Copyright © Office of the President of the Republic of Finland 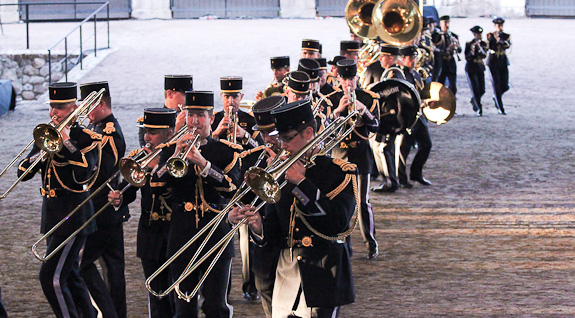 The evening programme included an invited performance of the Hamina Tattoo March Show. Copyright © Office of the President of the Republic of Finland