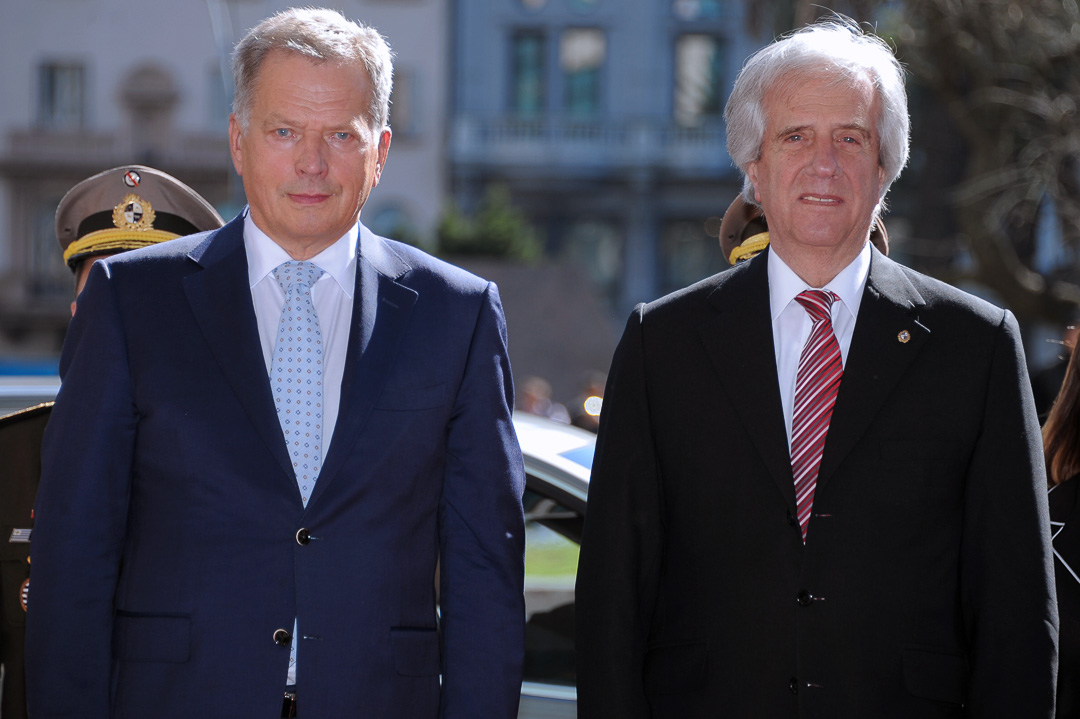 The presidents held official talks in Montevideo on 17 August. The presidents noted the excellent relations between their countries and agreed that their foreign ministries would continue discussing the development of bilateral relations and cooperation opportunities. The countries have strong bilateral economic relations, which will continue to be strengthened. In addition to economic relations, the presidents discussed opportunities for cooperation in science, technology, education and the health sector. They also affirmed their countries’ commitment to cooperation in the mechanical forest industry, bio-economy and circular economy.

The Presidents also discussed topical issues with respect to Latin America and Europe. Multilateral issues discussed by the presidents included cooperation between Finland and Uruguay within UN organisations. The presidents pointed out that Uruguay’s term as a non-permanent member of the UN Security Council would be a good time to intensify cooperation.

On Wednesday, President Niinistö also met with Daniel Martinez, the Mayor of Montevideo, who presented him with the keys to the capital city. The President’s programme for Thursday included a meeting with business representatives from Uruguay and Finland.

From Uruguay, the presidential couple continued to the Summer Olympics in Rio de Janeiro, where President Niinistö and Mrs Jenni Haukio will follow the performance of Finnish athletes in various sports and visit the athletes at the Olympic Village.