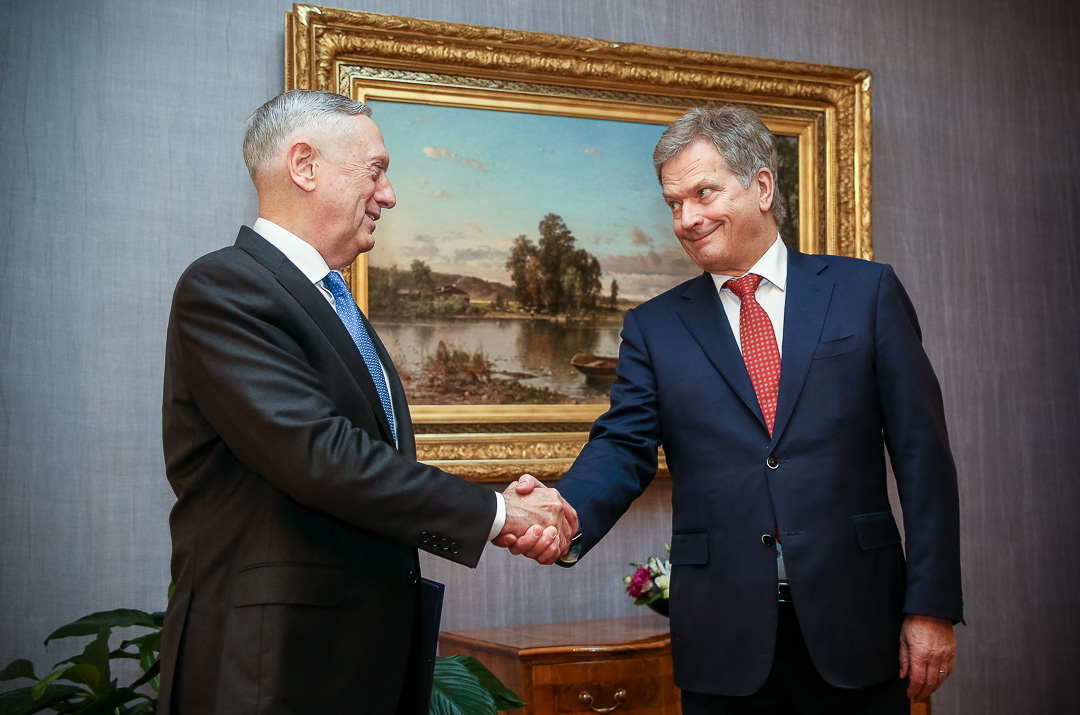 President of the Republic of Finland Sauli Niinistö met with U.S. Secretary of Defense James Mattis at the Presidential Palace in Helsinki on Monday, 6 November 2017. During the hour-long conversation, President Niinistö and Secretary Mattis discussed European security, defence cooperation between Finland and the U.S. and the situation in North Korea.

Secretary of Defense Mattis congratulated the President and the people of Finland on the country’s 100 years of independence. Mattis also thanked Finland for its contribution to peacekeeping, the promotion of human rights, the global coalition to defeat ISIS and countering hybrid threats. “You have shown that you are serious about the defence of your freedom and independence, also demonstrated by your commitment to Nordic defence cooperation and by assuming the Chair of the Arctic Council,” Mattis said. “We welcome the deepening bi-lateral and NATO defence partnership with Finland. In today’s conversations, we reaffirmed that relations between Finland and the United States have never been stronger.”

Today marked the second meeting between President Niinistö and Secretary Mattis, their first meeting having taken place in conjunction with the Munich Security Conference in February 2017.

During his visit to Finland, Secretary of Defense Mattis is scheduled to attend a working session of the Northern Group defence ministers. The meeting will discuss Northern European security and regional and transatlantic defence cooperation. In addition to the Nordic and Baltic countries, the Northern Group comprises the Netherlands, United Kingdom, Poland and Germany. 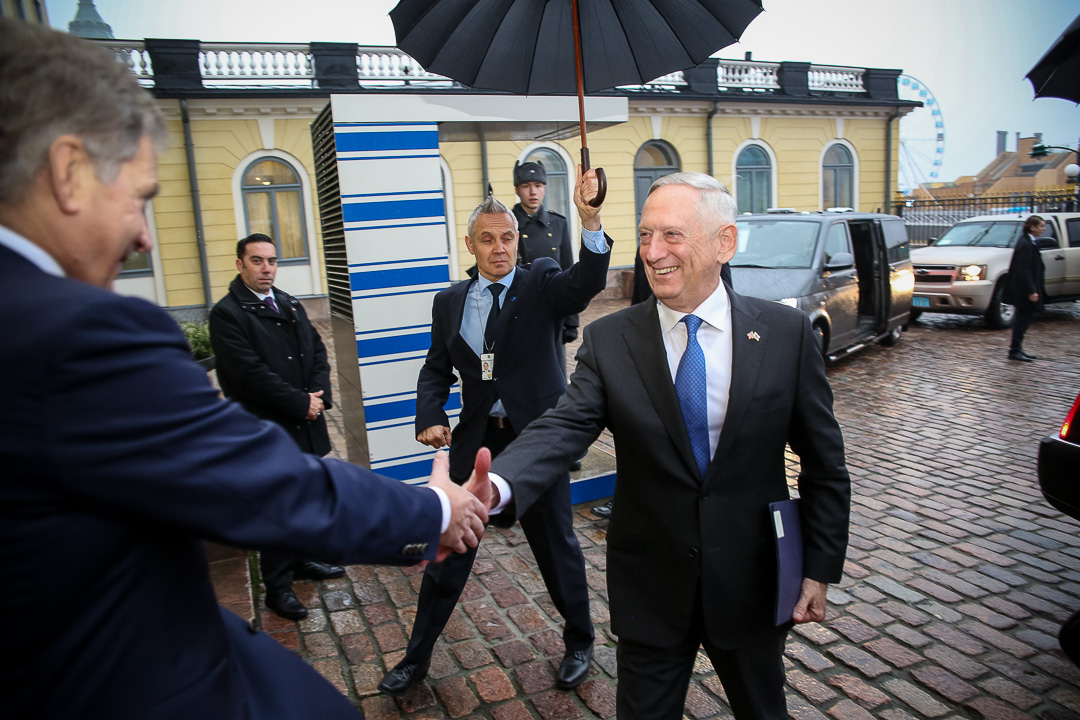