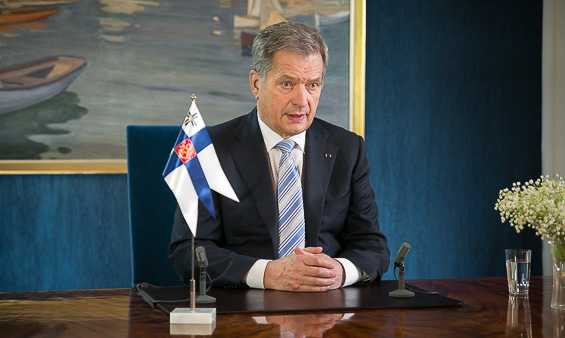 President of the Republic Sauli Niinistö has stated that Finland and Sweden have a major, joint opportunity to promote Northern European security. In his New Year’s speech given on 1 January 2016, President Niinistö focused on security, the economy and immigration.

“Sweden and Finland are special partners of NATO. Our intensifying military cooperation is going well and is highly valued in both countries,” the President said.

“Neither of our countries is in a military alliance. Together, we have strong links with both west and east, which gives both countries a special status. This also creates opportunities for engaging in important work to promote the security and stability of Northern Europe.

According the President, it would therefore be logical to continue extending cooperation between the two countries on foreign and security policy. “It is in the interests of both countries to promote our security on a cooperative basis, with a view to developing confidence-building measures.”

President Niinistö pointed out that the refugee crisis had taken Europe by surprise, despite the fact that we had been witnessing huge numbers of people crossing the Mediterranean for years.  “While some are fleeing danger, others are seeking a better life – both of these are natural, human motives. Exploitation, sometimes even as a means of exercising power politics, can also lie behind this displacement of people.”

The President reminded his listeners that although the world contains untold numbers of people who would come here, there are limits to our capacity to take care of them. “I view the solutions enacted by the Finnish Government as an attempt to secure resources in order to help those most in need.”

The President also pointed out that problems had arisen among the Finnish population and stressed that throwing Molotov cocktails and the persecution of or incitement of hatred towards refugees are serious crimes. “Too many such incidents have occurred.”

Some immigrants, too, have committed crimes. “The authorities must communicate openly on such deeds and their consequences, regardless of whether the perpetrators are native Finns or immigrants.  This will help to calm rising emotions and nip rumours in the bud.”

The President said he believes that Finns are not attracted to extreme ideas and paraphrased the old maxim – “When in Finland…” “Immigration can never mean that our core values – democracy, equality and human rights – are questioned.”

Perceptions of security have changed

President Niinistö stated that our concept of security has changed. “We only woke up to war when it was upon us in Europe, where Russia’s reprehensible actions in Crimea and Ukraine disrupted our oasis of peace.”

The key issue lies in resolving the Syrian crisis. “The United States and Russia are involved, engaging in combat on the same front, but with somewhat different ideas of who the enemy is. While such a situation is a source of danger, it is also compelling them to seek common solutions. If such solutions can be found in Syria, this will hopefully enable the relaxation of tensions elsewhere.”

Rising international tensions have also been reflected in Finland’s neighbourhood, where both Russia and NATO have increased their military presences. The President reiterated his position that Finland is pursuing an active policy of promoting stability and that this has good prospects of succeeding in the Baltic Region. “The various states have no territorial claims on each other and their internal political situations are stable. Despite the fact that tensions from further afield are having an impact, no spontaneous crises are threatening to break out in the region.

The President stated that Finland had seen lean years in economic terms, with no great improvement yet in sight. “We will continue to live on borrowed money for some time, even though we have already taken action to correct this situation. Such times also test our sense of justice; that each of us should do his or her share in line with their capabilities.”

President Niinistö added that Finland cannot now afford to be divided and that our greatest strength lies in our unity as a society. He encouraged the various parties undertaking negotiations in the labour market to reach an agreement. “We must not enter the spring at odds with one another.”

President Niinistö also referred in his speech to achieved gains, as well as price competitiveness. ” Achieved gains are an important issue – many people base their current and future wellbeing on them. Gains can be considered achieved once earned and distributed.” However, this has not always been the case. “Many will be reminded of the discussion in 2007 of our ‘headroom’ for distributing billions of euro. This was a reference to the gains expected in the years ahead. And so these future gains were distributed, but never actually appeared. They were gains that were never earned or achieved. The key question is therefore: can achieved gains be based on earnings that were never actually made?”

The President referred to the fact that the problem of price competitiveness has been recognised by all sides, even if agreement has yet to be reached on how to solve the issue. ” Deciding on who will give up some gains is never easy, and many suspect that others will reap the benefits. Improvements in price competitiveness cannot be all about easier division of the winnings. We need to enter into sufficiently general or even company-specific commitments to using the gains as discussed, in order to safeguard jobs.”

In addition to the various problems Finland faces, President Niinistö devoted some of his New Year’s speech to good news. He began by referring to the Paris Climate Agreement, as well as the budding collaboration between the US and Russia in resolving the Syrian conflict. “Although these images will not serve to defeat our common enemies, solve climate change or vanquish terrorism, they are better outcomes than expected.”

At the end of his speech, the President returned to sources of positive news, referring to the schoolboy who did so well by picking berries, and the rise in willingness to engage in voluntary work and to lend a helping hand. “Although we have many problems, there is also much to be glad about.” 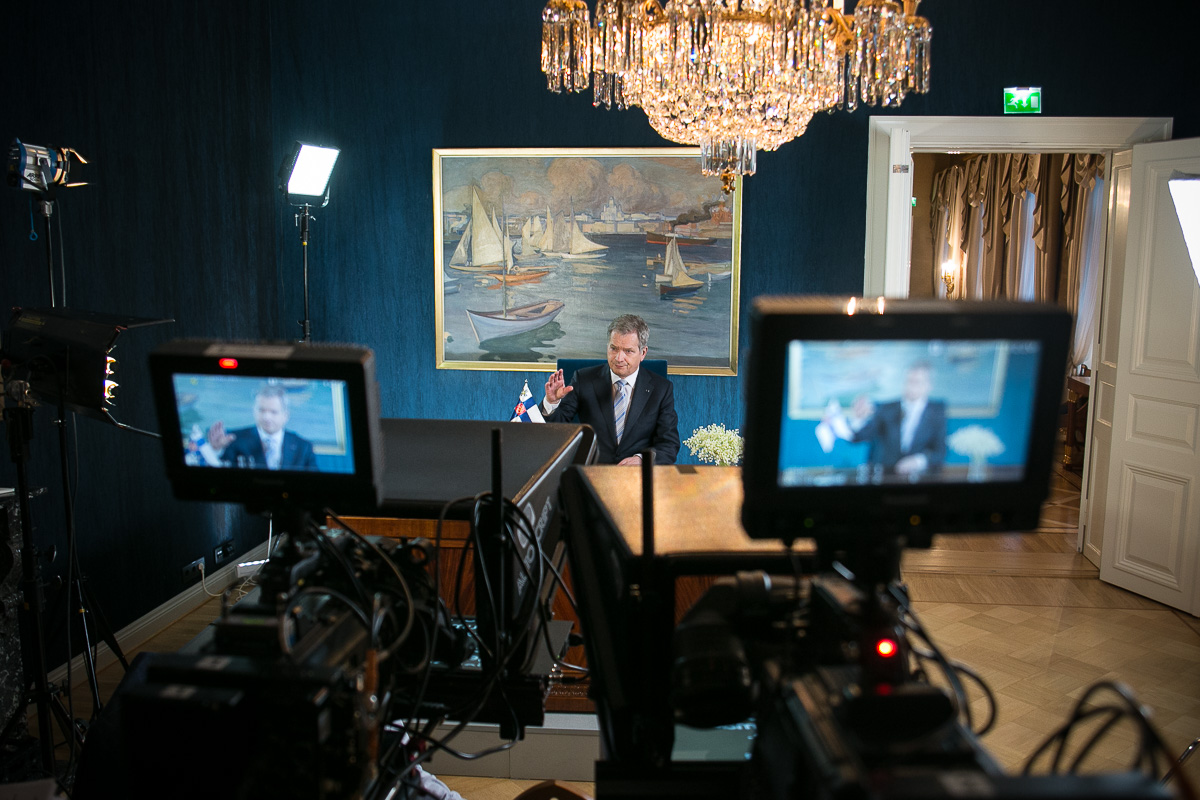