Etusivu / President of Estonia Kersti Kaljulaid visits Finland: cooperation between Finland and Estonia sets an example for the entire world 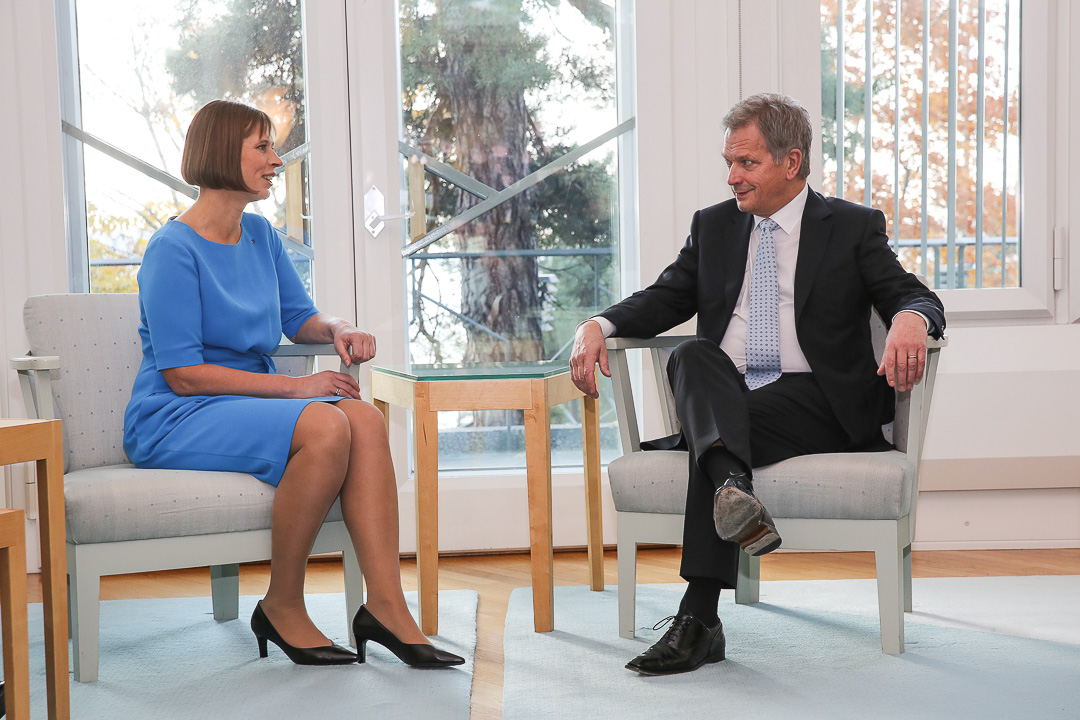 Ms Kersti Kaljulaid, the new President of Estonia, visited Finland for her first overseas trip as President on 20 October. President of the Republic Sauli Niinistö met with President Kaljulaid at Mäntyniemi and thanked her for choosing Finland as the destination of her first visit.

The presidents discussed issues including relations between Finland and Estonia, the EU, relations with Russia, and the Syrian and Ukraine crises.

Close cooperation between Finland and Estonia will continue

At the press conference following the discussion, President Niinistö highlighted the good relations between the two countries.

“Today, we have bright and beautiful weather, and we agreed that it represents very well the  relations between Finland and Estonia. It has been wonderful to exchange views with you and I can only agree with your analysis that we have very similar ideas about the world around us and our neighbouring region,” commented President Kaljulaid.

Relations with Russia, and the crises in Ukraine and Syria

The presidents also discussed Russia and their countries’ relations with their common neighbour. “We do not have differences in our thinking about Russia and its actions. We maybe take a slightly different view of whether we practice dialogue with Russia or not. That is another issue in itself,” President Niinistö said.

President Kaljulaid held the same view of the general situation and noted that the countries had different ways of reacting to it. “I fully respect that our countries have their own approaches. We are both very pleased that the European Union shares our understanding of the situation in the Baltic Sea region.”

The discussions also covered the situation in Ukraine and the continuation of the Normandy format. Both presidents expressed the wish for progress in fulfilling the terms of the Minsk agreement. In addition, they discussed the Syrian crisis and Aleppo catastrophe. At the press conference, reference was made to comments by President Hollande of France and Chancellor Merkel of Germany, on possible additional sanctions against Russia with respect to Syria. President Niinistö confirmed that he held the same view. “Possible additional sanctions cannot be ruled out,” he said.

The presidents also discussed the economy and opportunities for cooperation between the two countries. They referred to information technology as one example of a sector in which Estonia and Finland could engage in closer cooperation in the future.