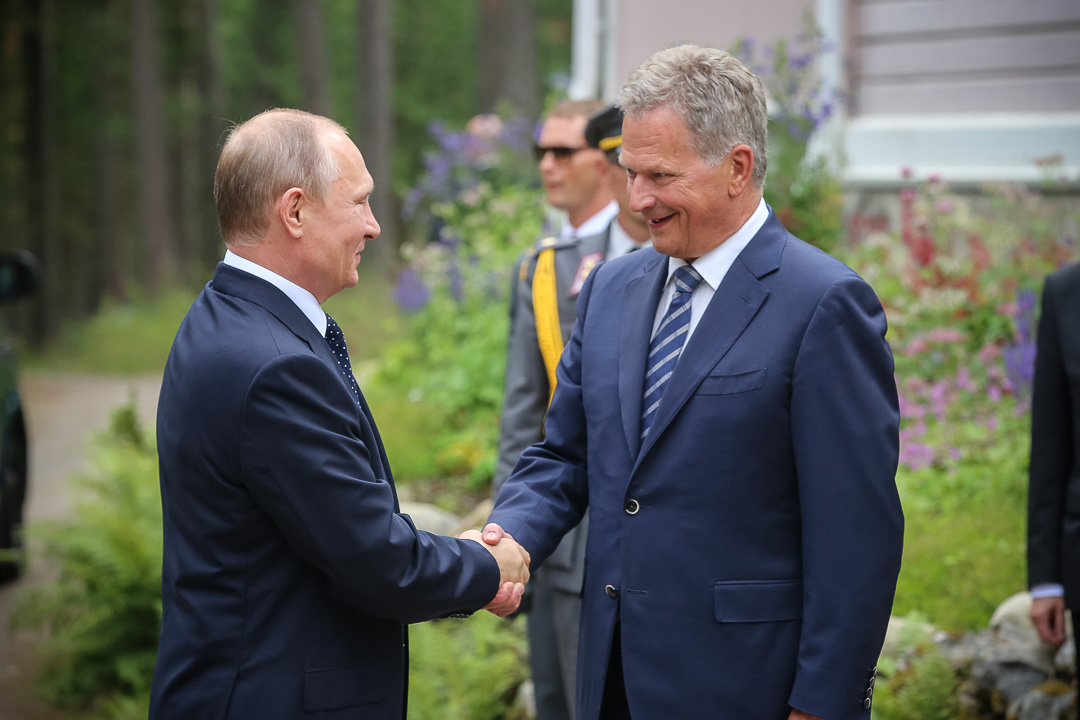 President Niinistö welcomed President Putin to Finland outside Hotelli Punkaharju. Photo: Juhani Kandell/Office of the President of the Republic of Finland

Russian President Vladimir Putin’s working visit to Finland hosted by President of the Republic Sauli Niinistö on 27 July 2017 was compact but packed with events.

The visit commemorating Finland’s 100 years of independence began in Punkaharju, Savonlinna, where President Niinistö welcomed President Putin outside Hotelli Punkaharju. The discussions taking place on the rocking chair veranda included bilateral relations, the security situation in the Baltic Sea, environmental issues, the Arctic area, Finland’s chairmanship of the Arctic Council and the crisis in Ukraine.

In the press conference following the discussions, President Niinistö drew attention to increased military movements in the Baltic Sea area and to the two military exercises, Aurora and Zapad, to be held in the Baltic Sea this autumn.

“In order to avoid something which nobody wants to happen, continuous dialogue in essential,” said the President. “I would hope that also people in Finland would realise that not everything has necessarily taken a turn for the worse. I refer to the interview with NATO Secretary General Stoltenberg in which he said that the previous NATO-Russia Council meeting was constructive.”

“Another factor showing that dialogue is necessary is the fact that ICAO, of which Russia, the other Baltic Sea countries and NATO are members, has managed to agree on good practices in aviation and will continue to work on this transponder matter in a good atmosphere.”

An offer that will be difficult to refuse

Finland’s chairmanship of the Arctic Council that began in May was also among the topics of discussion. “I received plenty of understanding from President Putin for an idea that Finland would make an offer that was hard to refuse. This would concern the prevention of black carbon, that is, soot. This has two elements: outdated energy installations and flaring.”

Another environmental issue that was discussed was the Krasny Bor toxic waste landfill situated near St. Petersburg. “This is something we discussed already last year, and some progress has been made. Samples have been taken and hopefully we can move on to concrete action.”

“We appreciate the fact that President Putin arrived to commemorate our centenary. We are also celebrating 25 years of Finnish-Russian relations,” said President Niinistö.

President Putin said that trade between the countries is increasing and that investment cooperation is developing. “It is our common objective that we can keep this going. Our countries’ interest in business life is mutual and at a high level.”

When asked about foreign relations at the press conference, President Niinistö answered that Finland is creating relations equally with its neighbours as with the European Union and the United States. “It is not a question about a balancing act; instead I think that is the way it should be also globally: to have a better understanding of each other,” said the President.

“When it comes to Russia, I fully agree with what was stated at the NATO Summit in Warsaw – participated by all NATO countries – that dialogue was extremely necessary. I have also note that both Chancellor Merkel and President Macron have engaged in dialogue. And I find that a very good sign.” 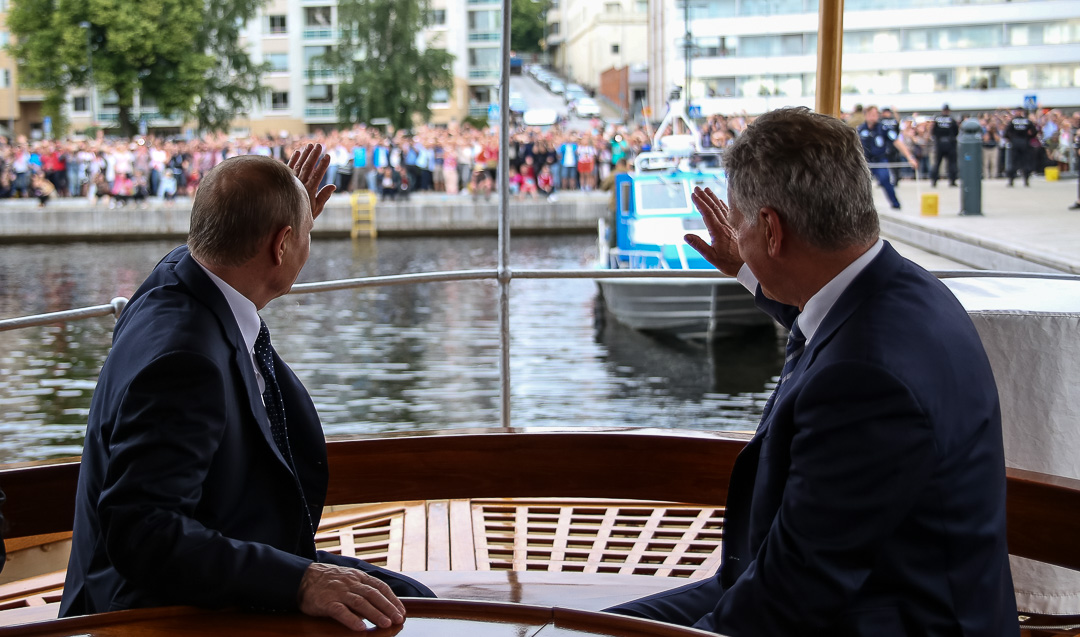 The presidents went on a steam ship cruise on Lake Saimaa aboard S/S Saimaa. Photo: Matti Porre/Office of the President of the Republic of Finland

After Punkaharju, the presidents went on a steam ship cruise on Lake Saimaa aboard S/S Saimaa to Olavinlinna Castle, engaging in discussion all the time on the afterdeck.

At the castle, the presidents had dinner hosted by the City of Savonlinna and enjoyed Pyotr Tchaikovsky Iolanta opera at the Savonlinna Opera Festival. It was a Bolshoi Theatre guest production.

After the opera, the presidents talked within a small company for almost two hours more. They discussed in depth some key topics of global politics and their backgrounds, especially North Korea, Syria and Ukraine.

The last time presidents Niinistö and Putin met was in March 2017 at the Arctic Conference in Arkhangelsk, Russia. President Putin’s latest visit to Finland was in July 2016 when the presidents met at Kultaranta.