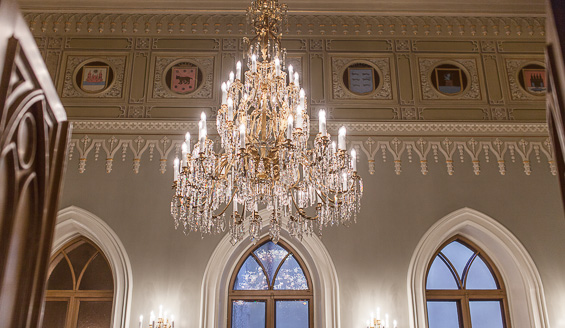 The 2014 Independence Day Reception will be held in the newly renovated Presidential Palace. The two-year renovation was carried out to a standard that fully respects the building’s architectural and cultural values.

“Renovation of the Presidential Palace was, on the whole, a complicated business. Part of the work involved conservation, restoration and new construction,” Major Domo Anne Puonti explains. “The starting point for renovation was the poor condition of the foundations and the need to repair building services. The aim was to bring the engineering up to date while cherishing the spirit of this grand 19th century building. This has been a great success, in my view.”

Jet grouting was used to strengthen the palace’s suspect foundations. Renovation also involved the repair or replacement of building services systems, improvement of the building’s access routes, accessibility and safety, and conservation and refurbishment of structures and surfaces. The previous renovation was carried out in the early 1970s. 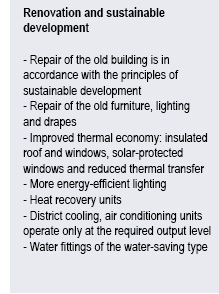 The various stages of renovation have altogether involved around 400 enterprises. “Although final accounts are not yet in, and some purchases will run over into the New Year, it looks as if we will stay within the EUR 45 million budget,” says Major Domo Puonti. The principal designer of the renovation project was LPR-arkkitehdit Oy, while project management was contracted to SRV Rakennus Oy.

The palace’s main entrance on Pohjoisesplanadi has been given a more distinguished and stately appearance. The entrance on Mariankatu has also been reworked. [Click on the images]

Changes to the large spaces of the Hall of State and Hall of Mirrors are virtually undetectable.

Decorative painting on the roof of the Gothic Hall has regained its 19th-century appearance.

The colour palette in the small halls on the second floor was modelled on colours of the Empire period combined with a modern rendering of colours discovered within the palace itself. Colour research had already begun before the renovation.

The architectural surfaces allowed distinctions to be made not only between the Presidential Palace of independent times and the imperial era, but also certain phases of the Heidenstrauch building dating from the first half of the 19th century.

The story of the Hall of State chair

The renovation provided an ideal opportunity for restoring the Presidential Palace furniture, some of which was in poor condition. The furniture restoration programme resulted in around 400 items being sent for treatment. The restoration was put out to tender, with some items retained for conservation in cooperation with the academic institutions in the field.

Architect Jac. Ahrenberg (1847–1914) was responsible for designing the extensions to the Atrium and Throne Room (now the Hall of State), accomplished in 1904-1907. Ahrenberg also designed the Hall of State’s Gustavian Style Gondola chairs at this time.  [Click on the images]