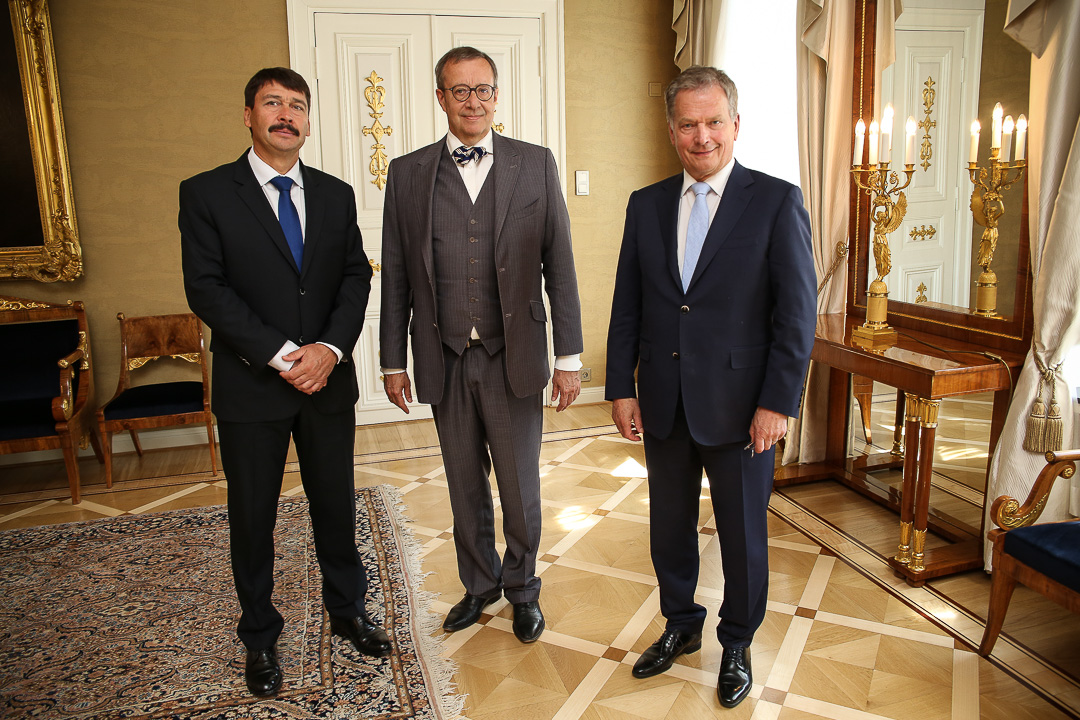 Hungarian President János Áder and Estonian President Toomas Hendrik Ilves visited Finland. President of the Republic Sauli Niinistö met them on Wednesday, 15 June, and later in the afternoon all three attended the World Congress of the Finno-Ugric Peoples in Lahti.

The day began with bilateral discussions between President Niinistö and the Hungarian President. The presidents discussed bilateral relations of Finland and Hungary, regional cooperation and the current situation in Europe, especially migration issues. Security matters, the crisis in Ukraine and relations with Russia were also on the agenda.

”As kindred nations we have a deep connection, with plenty of historical background. When Finland will be celebrating its 100th anniversary next year, we hope that this connection will be visible especially through young people,” said President Niinistö in a press conference after the meeting.

President Niinistö said that thanks to the good relations between Finland and Hungary, they are also able to discuss difficult issues, such as migration in Europe. ”Finland’s position is that we must all carry our responsibility out of solidarity to help protect those people in distress,” said President Niinistö.

President Niinistö also congratulated Hungary on its victory the night before in the European Football Championships. ”It’s really no surprise that Hungary are doing well. Any team to beat Finland in the qualification group must be good!” said President Niinistö.

Following this bilateral meeting, a working lunch was held at the Presidential Palace, with the Estonian President Ilves joining in. Presidents Niinistö and Ilves met last in May when President Niinistö made a state visit to Estonia.

After the lunch, the three Presidents went to Lahti to attend the opening ceremony of the 7th World Congress of the Finno-Ugric Peoples. The three-day world congress to be held in the Sibelius Hall brings together representatives of Finno-Ugric and Samoyed peoples in a joint forum to discuss language and culture and the rights of indigenous and minority peoples. The World Congress is held every four years. The theme of this year’s congress is sustainable development.

Video: Joint press conference of Presidents of Finland and Hungary