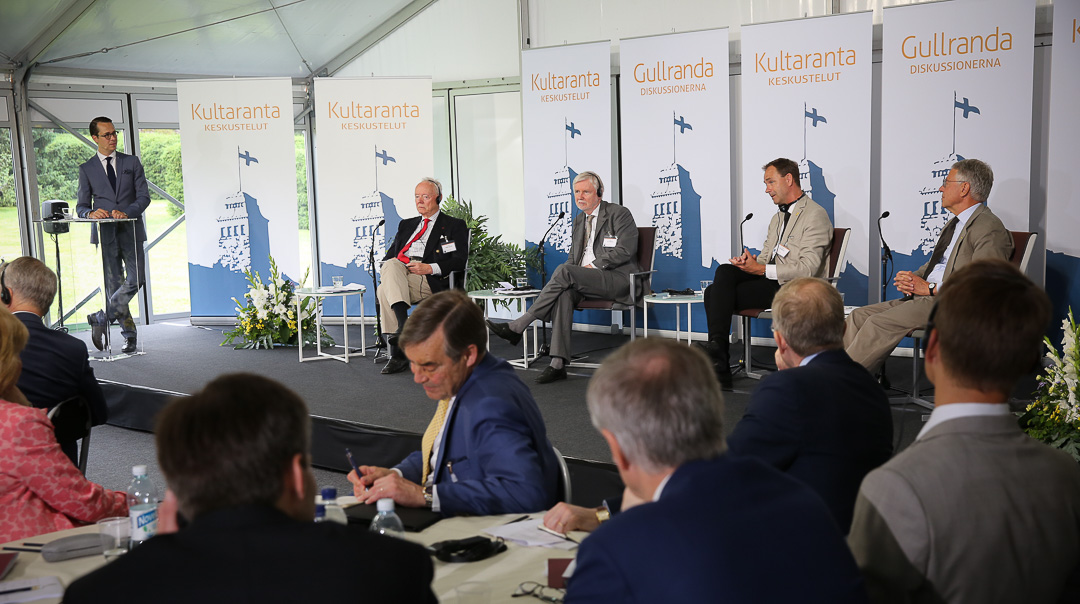 The second day of the Kultaranta talks opened with a panel discussion moderated by Car Haglund, Member of Parliament, on security in Northern Europe and the Baltic Sea region.

Swedish Ambassador Mats Bergquist began the discussion by pointing out that the superpowers are showing growing interest in the Nordic countries. The contrast between small countries and the Russian superpower creates an asymmetry in the Baltic Sea region. Sweden has chosen military non-alignment, but also has a back-up plan: informal relations of trust with the superpowers. According to Bergquist, this rational policy has long traditions in Sweden.

According to Erkki Tuomioja, MP, the tensions in the Baltic Sea are a consequence of the crisis in Ukraine, which has created an upward spiral in defence  spending and military exercises, and belligerent rhetoric. Tuomioja said: “Finland and Sweden must make sure they can stay out of any military conflict, should one arise.” He concluded that a military alliance would eliminate this possibility.

Tuomioja considered it extremely important that Finland’s territory is not used for hostile military activities in any direction. He also emphasised the need for a credible national defence and the ability to accept assistance if it is offered. Tuomioja considered defence cooperation between Finland and Sweden crucial to a credible defence. He stressed that mutual consultation is required in security policy matters before either country takes independent decisions.

Allan Widman, the Chairman of Sweden’s Parliamentary Defence Committee, pointed out that Finland and Sweden will not form a defensive alliance, since this would be completely inadequate if major challenges arose. However, deeper strategic ties can be achieved through cooperation. According to Widman, the best alternative for Sweden in terms of security would be joining NATO, and he hoped that Finland would opt for the same solution.

Ambassador René Nyberg described the independence regained by the Baltic states after the cold war as the best indicator of the positive development in Finland’s neighbouring regions. Only a few years ago, the greatest physical threat to the Baltic Sea was posed by the risk of an accident on a crude oil tanker, whereas today the ramifications of the Ukraine crisis have spilled over into the Baltic region. The growing number of military flights and airspace infringements, or direct simulated attacks and incidents at sea, have raised the level of tension. Given the situation, “Strengthening security in the Baltic States through adequate preparedness is in the best interests of both Finland and Sweden,” Nyberg said.

The  current tensions have also given rise to a more serious discussion of NATO membership in Finland and Sweden. According to Nyberg, NATO membership would be a geopolitical and strategic solution. Would NATO membership offer Finland a solution to the geopolitical dilemma caused by its unpredictable neighbouring country? In Nyberg’s opinion, there is no solution to this dilemma; instead, it must be managed through foreign and security policy means. “The possibility of applying for membership is one of the means we can resort to,” Nyberg explained.

Commenting on the discussion, President of the Republic Sauli Niinistö said that while it was important to make it clear to Russia that its actions in Ukraine were unacceptable, it was advisable to maintain a dialogue with Russia. This view is widely shared in Europe and the United States. President Niinistö also wondered whether a “strong national defence” represented something of an incentive in a situation where alliances were being sought. 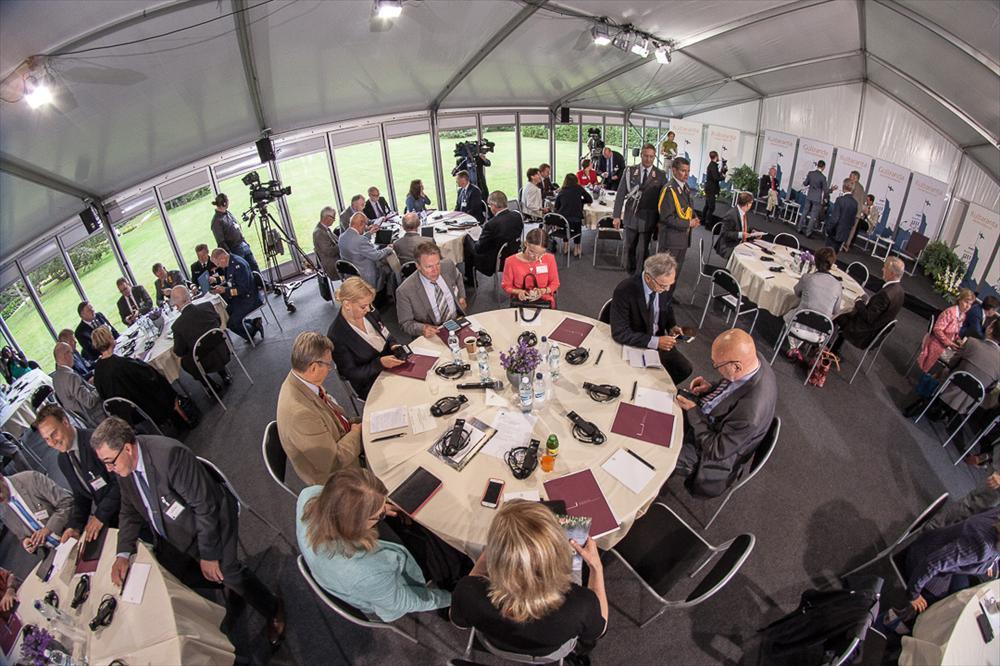