President Niinistö stated that the discussions focused on, among other things, Russia’s attack on Ukraine, where the situation with regard to establishing peace does not look bright. “It is very obvious that warfare is still continuing and it is difficult to see its end point. Although, viewed geographically, perhaps the direction is a little different.” According to President Niinistö, the Presidents will, however, continue to try to support measures by which peace or even a ceasefire could be achieved as soon as possible.

According to President Niinistö, a balance must be struck on the issue of arms assistance for Ukraine. “There is a dilemma here: on the one hand, the huge need to help the suffering people of Ukraine, to get Russia to stop killing people. On the other hand, there is the danger of escalation, for example if NATO countries intervene in the situation, and surely this balance will be considered with care. I think it would be good that the outcome of such consideration is maximum support for Ukraine.”

In addition, the discussions focused on the impact of the security situation on Finland’s foreign and security policy. “We are currently having a very lively debate about security. That’s a good thing.”

President Niinistö also said that he had communicated to Federal President Steinmeier that he has seen a shift in Germany’s security policy. “In Finland, this is viewed as being extremely important, extremely positive. It might and in my view, lead to a new European security debate and, through this, to a new security thinking.”

After the press conference, President Niinistö and Federal President Steinmeier visited Parliament, where they followed a video speech by President of Ukraine Volodymyr Zelensky.

Together with German Federal President #Steinmeier, we listened to the powerful speech President @ZelenskyyUa gave to the Finnish Parliament today. We were both deeply touched by his resolve and strength. pic.twitter.com/QcbrCfAQhB

A Joint press conference (in German) 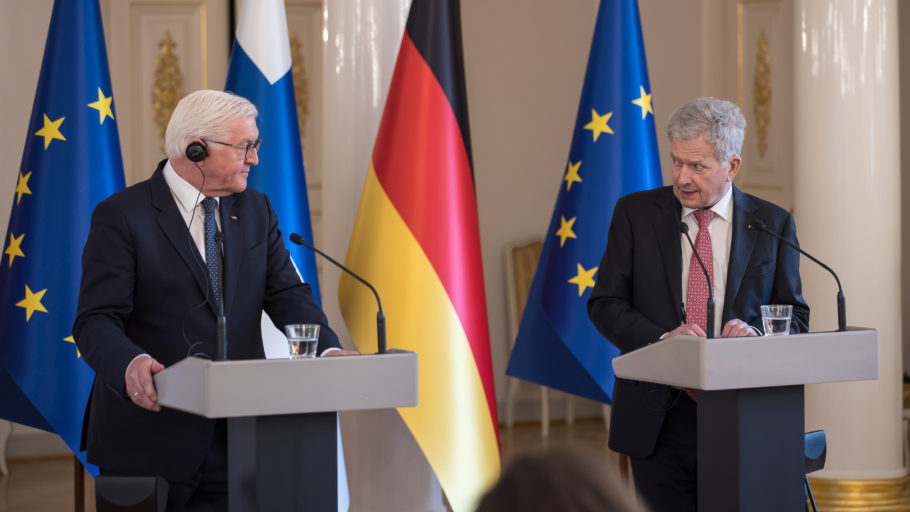