Home / The President’s Independence Day Reception on 6 December 2016: Finland’s strengths in the spotlight 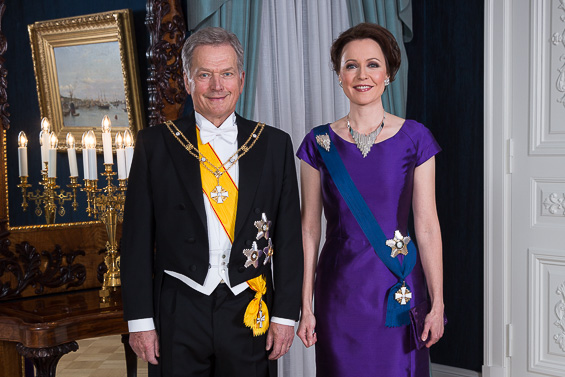 President of the Republic, Sauli Niinistö, and his spouse, Jenni Haukio, hosted the Independence Day Reception at the Presidential Palace on Tuesday 6 December 2016. The theme of the reception was Finland’s strengths.

Finland is rated as a world-beating country in international comparisons according to a range of criteria. Studies have shown that Finland is among the best performers in the world based on measures such as honesty, innovation, stability, literacy and success in education, and opportunities for girls. These strengths were highlighted at this year’s Independence Day Reception.

In an number of ways, the guests were representative of those who have enabled Finland to attain its strengths. They included figures from the world of education and training, people who are active in civil society, academics, peacekeepers, successful sportsmen and women, nature conservationists and innovative entrepreneurs.

The guests of honour included war veterans and members of the Lotta women’s auxiliary, who had again been invited in large numbers. Veterans arrived first to shake hands with the presidential couple at 7 pm, with the Jäger March by Sibelius playing in the background. Estonian volunteers who fought in the Continuation War and Swedish volunteers who participated in the Winter and Continuation Wars had been invited to this year’s reception. After shaking the hands of their guests, the presidential couple had coffee with the veterans and members of the Lotta women’s auxiliary.

In keeping with tradition, invitations had also been sent to all members of the Government, Members of Parliament and Finnish Members of the European Parliament, as well as senior civil servants and the diplomatic corps accredited to Finland. Other guests included Finns from various sectors of society who have distinguished themselves in one way or another, and people whom the President and his spouse  met during the past year. A total of around 1,800 guests were invited.

Background music during the handshaking ceremony – and the dancing later in the State Hall – was provided by the Guards’ Band under the direction of Senior Conductor of the Finnish Defence Forces Major Pasi-Heikki Mikkola and Captain Ville Paakkunainen. During this year’s handshake, the focus was on the music of composers whose anniversaries are being celebrated this year, such as Einar Englund and Robert Kajanus, as well as traditional works by Sibelius.

The traditional buffet included light savoury and sweet refreshments and titbits. The products to be served had been ordered from different parts of Finland. 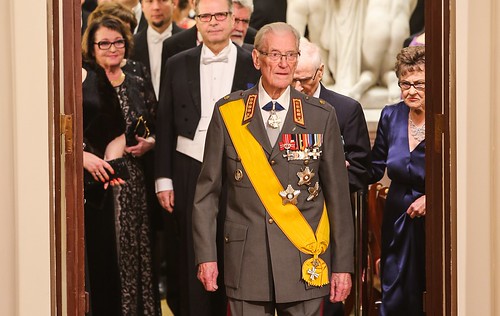 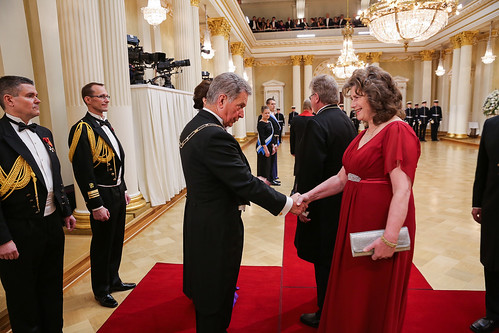