“I believe that we live in a better world than in any other moment in the past. We live much longer and infant mortality is at a much lower level than before,” said United Nations Secretary-General António Guterres in his closing remarks at the Kultaranta Talks on Monday, 18 June.

The Secretary-General also used his address to touch on more serious topics. At times it may seem that the cold war is back, he noted, but there are also fundamental differences. The world is no longer divided into two distinct blocks, for example. The biggest threat to global peace and security, he added, now lies in the Middle East.

Conflicts currently taking place around the world are highly fragmented and can involve scores of parties. “As it is more and more difficult to solve conflicts, it is necessary that we prevent them,” Mr Guterres said.

“The lack of trust is becoming one of the most serious problems in international relations,” he added, and problems are now being addressed country by country instead of through multilateral approaches.

Secretary-General Guterres also voiced his concern for old threats that have returned, including the proliferation of nuclear and chemical weapons. 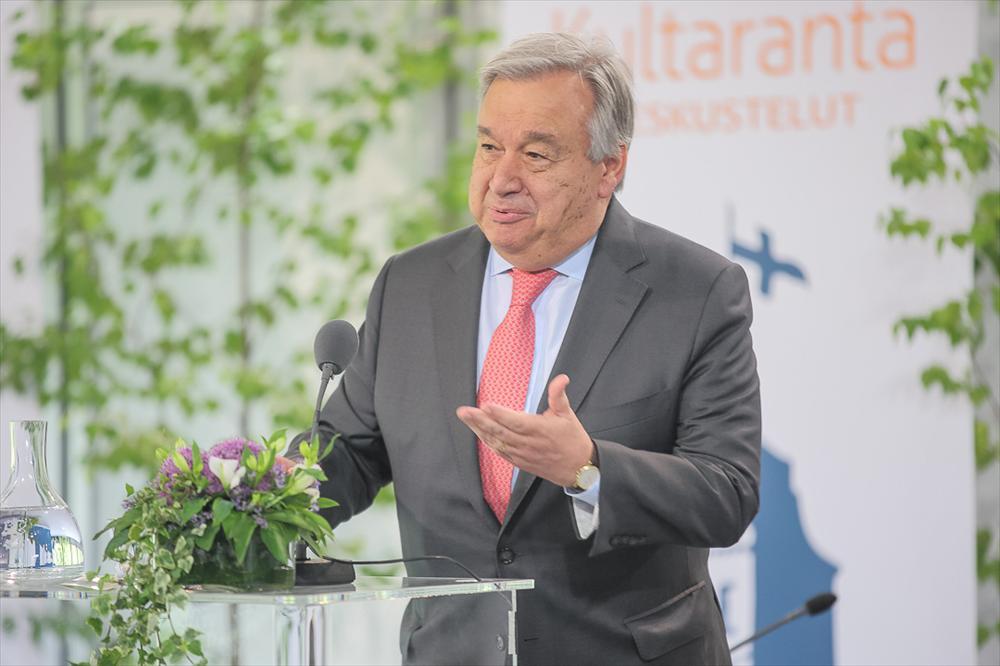 Technology and AI – a potential threat

Mr Guterres said that technological advances were leading to “fantastic, positive consequences for humanity, for our societies, but there are also a number of threats that are emerging. It is rather obvious that there will be dramatic changes in the labour market and in the structure of societies, and there are millions and millions of jobs that will be lost. We are not prepared for that as the pace of change is so rapid.”

He added that creating legislation and regulations to ensure that artificial intelligence and genetic technologies are controlled would prove challenging, citing autonomous weapons systems, completely out of human control, as a particular threat.

With regard to new technologies, Mr Guterres envisaged a future for the UN “not as a leader but as a platform where people from different areas of society can come together on a multi-stakeholder basis to see how we can address the issues we face in the best possible way”. He added that large multinational businesses, including Microsoft and Google, had already expressed an interest in this approach.

“I want thank you, Secretary-General, for the very wise thoughts you shared with us. They fit well as a conclusion to our meeting here”, President Niinistö said in his response at the conclusion of Monday’s event. “We don’t always see it in our everyday lives, perhaps, but we are living in a better world than ever. Perhaps we don’t see it because us humans have a certain tendency towards dissatisfaction.”

“I want to assure you that Finland supports all you are doing for the best of the UN, because it is best for us too.”

“I would also like to offer my thanks to all the other participants here in Kultaranta. This has been the best ever Kultaranta Talks,” President Niinistö concluded.

President Sauli Niinistö and United Nations Secretary-General António Guterres met for bilateral talks following the conclusion of the Kultaranta Talks event. The discussions focused on relationships between the major world powers and their impact on the multilateral international order and the work of the United Nations. General-Secretary Guterres thanked Finland for its efforts to ease tensions internationally. 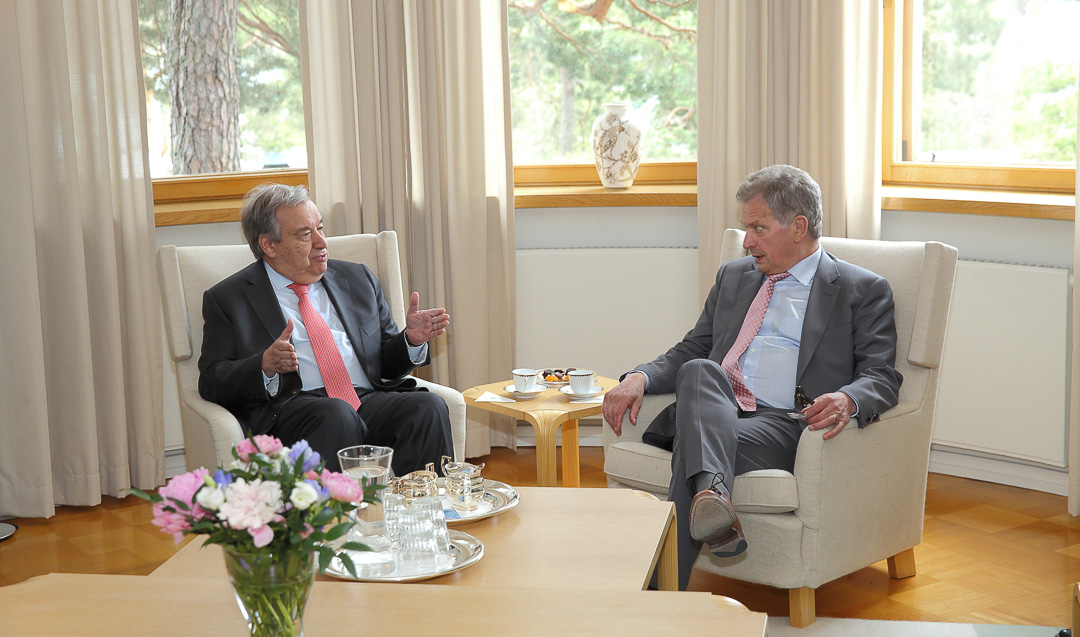