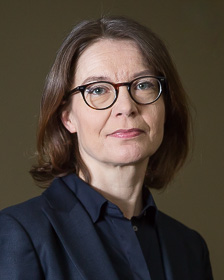 Päivi Pietarinen will take up the post of Legal Adviser on 1 April 2018.

Other appointments to the Cabinet of the President of the Republic were announced in a previous press release.