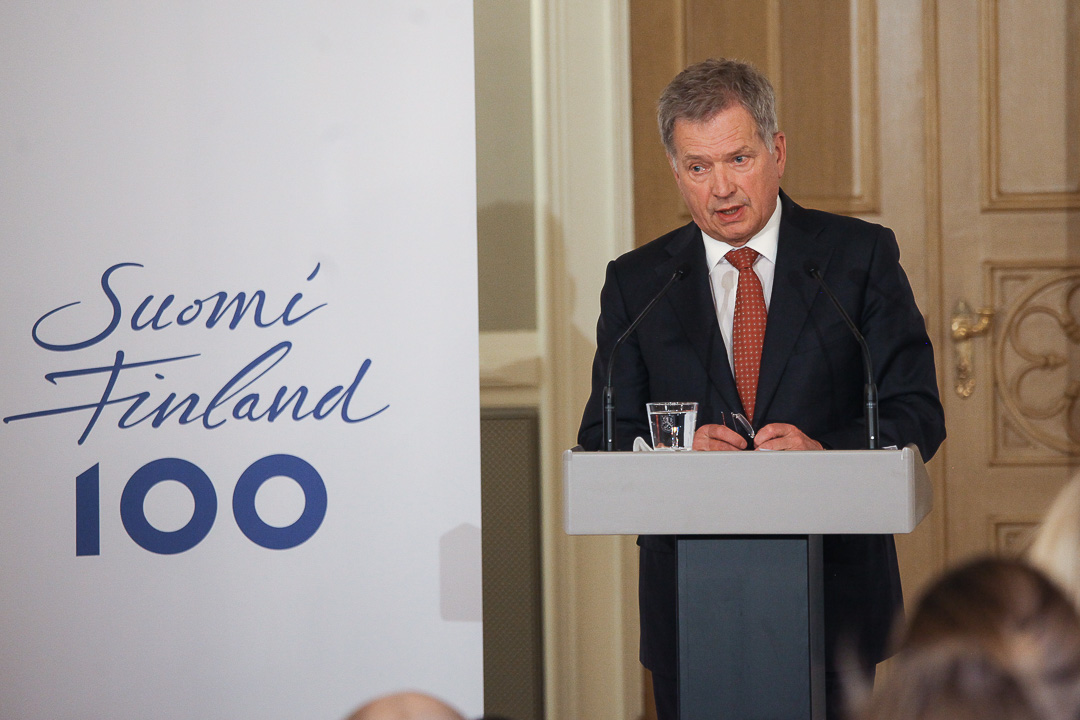 The first visit will be made to Lapland on the Sámi National Day of 6 February. The President will participate in events such as the Suomi-Sápmi 100+100 celebration organised by the Sámi Education Institute Sajos, and primary, secondary and upper-secondary schools of the municipality of Inari. In addition to Inari, during his two-day visit the President will spend time in Tervola, which will be celebrating its 150th anniversary.

During the first half of the year, the President will visit the regions of Pirkanmaa, Kymenlaakso, Northern Savo and Päijät-Häme. His trip to Pirkanmaa will be on 15 February, when he will open a Youth Recruitment event in Tampere and visit the Mänttä-Vilppula Serlachius museum. On 22 February, the President will open the World Ski Championships in Lahti and participate in events organised by youths from Lahti and Hollola. On Kalevala Day or Finnish Culture Day on 28 February, he will tour Hamina and Kotka. The President will participate in the City of Kuopio’s Canth Days festival on Minna Canth Day, or Equality Day, on 19 March.

Public events will also be organised during each regional trip. Public events will be held in Tervola, Mänttä-Vilppula, Hollola, Kotka and Kuopio at the beginning of year. Other destinations and more details on the visit programmes will be announced closer to each visit. The President has received hundreds of invitations to centenary events from all over Finland.

The President’s spouse, Jenni Haukio, will accompany him on at least his first journey, to Lapland, and his visit to Northern Ostrobothnia which will round off the tour. She will participate in other trips where possible.

The centenary year will culminate during Independence Day week. Then, the President will participate in events such as a celebratory session of Parliament and will visit Oulu, where a Finland 100 celebration will be held under the patronage of the presidential couple, with live television coverage. Northern Ostrobothnia will also be the last region visited.

The Independence Day Reception will be held in the Presidential Palace on 6 December 2017.

The centenary year will also feature in the President’s trips abroad and visits from overseas to Finland. For example, on 1 June, visits to Finland will be made by all of the Nordic heads of state i.e. the monarchs of Sweden, Norway and Denmark, and the President of Iceland.

During the anniversary year, open days will be held at both the President’s official residence at Mäntyniemi and the Presidential Palace. The dates will be announced later.

11/28/2016 The President’s Independence Day Reception on 6 December 2016: Finland’s strengths in the spotlight 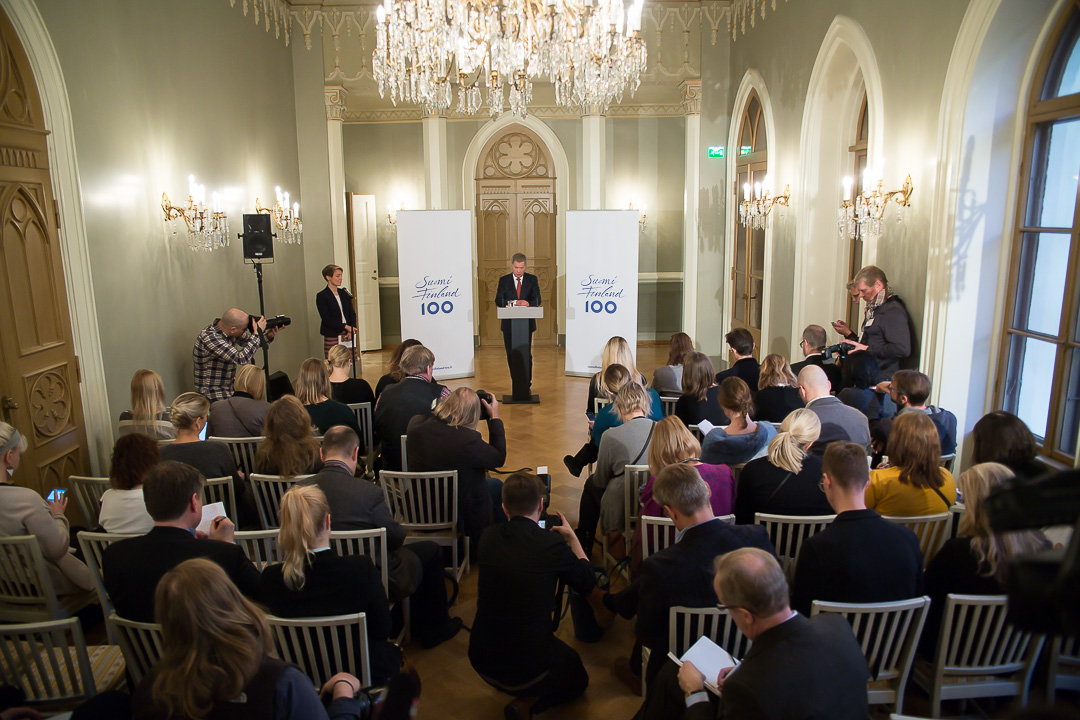