Home / Presidents Niinistö and Putin in Moscow: Traffic via Salla and Raja-Jooseppi to be restricted 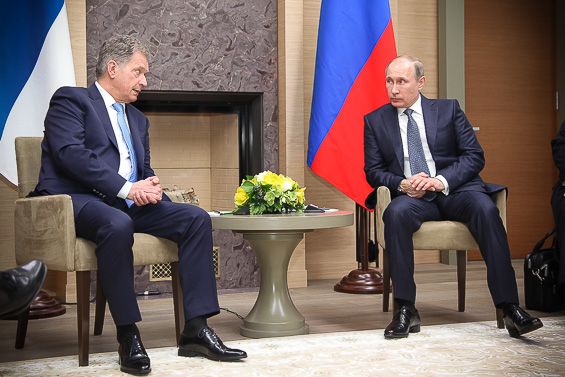 At the meeting, the two presidents expressed their satisfaction with the fact that the situation had returned to normal on the Finnish-Russian border. During their discussion, it was noted that progress was being made on the measures agreed between Russia and Finland to prevent illegal immigration.

Finland and Russia have agreed that, at the Salla and Raja-Jooseppi border crossings in northern Finland, traffic will be restricted for a period of 180 days in such a manner that only citizens of Finland and the Union State of Russia and Belarus, and their family members, will be permitted to pass through.

The measure complies with the border agreement between Finland and Russia, and has been agreed at a joint meeting between the President of the Republic and the Cabinet Committee on Foreign and Security Policy. The restrictions will enter into force a day after the matter has been formally confirmed by an exchange of notes. Before then, the issue will be passed by a full Government session and a Presidential session. The aim of the restriction is to prevent organised illegal entry into Finland. In accordance with its EU commitments, Finland aims to prevent the creation of new illegal immigration routes.

In addition, today in Moscow a Memorandum of Understanding was signed between the Finnish Ministry of the Interior and the Russian Federal Migration Service FMS on the exchange of information relating to immigration. The Memorandum was signed on behalf of Finland by Permanent Secretary Päivi Nerg of the Ministry of the Interior. The aim is to strengthen cooperation and the exchange of information on the prevention of illegal immigration.

In addition to border cooperation, the presidents discussed the international security situation and both condemned the terrorist attacks in Brussels. “It is extremely important that we join together to fight terrorism. The world has become more interdependent,” said President Niinistö as the meeting began.

The situation in the Middle East and Syria also featured in the discussion. “We both hope that the ceasefire in Syria continues and that the political process, in which Russia and the United States are playing a key role, gets under way again,” said President Niinistö. President Niinistö commented that the prevailing instability in the Middle East and North Africa poses a very serious challenge to all stable countries and is currently manifesting itself in the form of strong migration flows into Europe.

The presidents affirmed that the sanctions between the EU and Russia have reduced trade between their countries. President Niinistö stated that it would be in everyone’s interests that the Minsk Agreement is fulfilled and the sanctions are ended. However, efforts will be made to develop economic and trade relations in sectors unaffected by the sanctions. 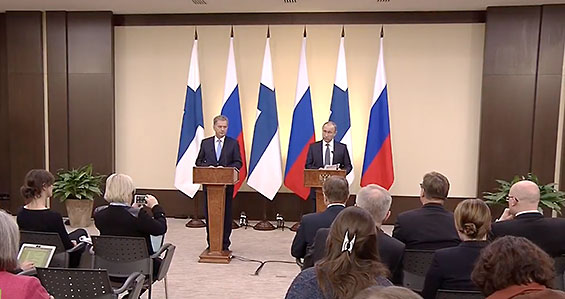