Home / The International Charlemagne Prize was celebrated in Aachen 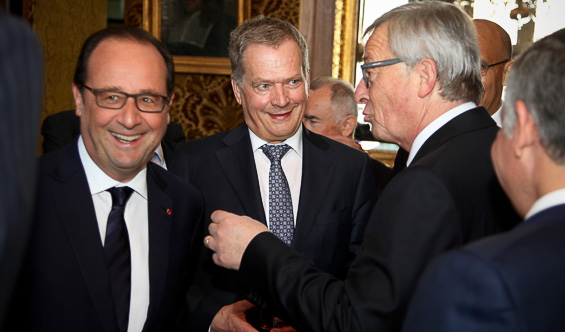 President of the Republic Sauli Niinistö discussed the Ukrainian crisis with President Poroshenko in Aachen, Germany, on 14 May. The presidents exchanged views on the situation in Eastern Ukraine, the EU sanctions against Russia, and Ukrainian reforms.

President Niinistö attended the award ceremony of the International Charlemagne Prize in Aachen, Germany, on 13–14 May. This year, the prestigious prize was awarded to President of the European Parliament, Martin Schulz, for his efforts to strengthen European unification.