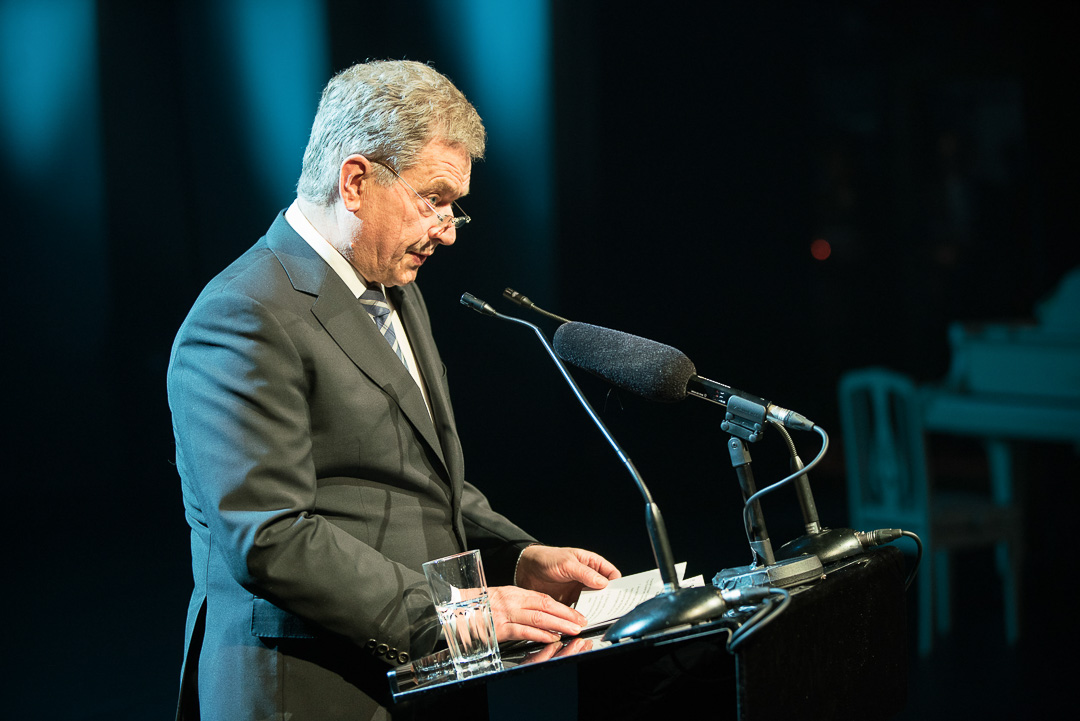 As a mediator, Martti Ahtisaari has seen first-hand with how little wisdom many countries have been governed. Often they have been misgoverned to the point of war. We see that today in Syria and in Yemen, and in the world´s youngest country, South Sudan.

So “Wisdom wanted” – the title of this event is always timely. As we gather here to celebrate Martti’s eightieth birthday we do so in terms of work. We are honouring his work for peace by discussing what we all can do for peace.

Martti Ahtisaari´s contributions to bringing peace to Namibia, Kosovo and Aceh are well-known. They have been recognized with the highest honour the world can bestow upon a peace maker, the Nobel Peace Prize.

But Martti has not rested on his laurels. He is continuing to inspire people to carry the work forward:   at the Crisis Management Initiative which he founded, in government and international organizations, and in civil society in many countries. To me, it is telling that Martti’s former employer, the United Nations, under the leadership of António Guterres, has made peace mediation its priority. I am convinced that Martti’s legacy will live on.

We all know that building lasting peace and post-conflict harmony is far from easy. I take an example from the country I know best. As you know, Finland turns one hundred this year. While we are not prone to bragging, Finns have every right to be proud of their country.

The Fund for Peace repeatedly contends that Finland is the most stable country in the world. We are a vibrant democracy that respects the rights of its citizens and others. An engaged EU member state with strong transatlantic links. A country that knows how to defend itself and how to contribute to regional and international security.

But this was not always so. One hundred years ago Finland was, in today´s terminology, a developing country. It was also about to descend into a brief but bloody civil war.  Atrocities were committed. Nearly 100 000 people perished because of the war. The country was left deeply divided.

However, after the fighting stopped there was enough wisdom on both sides to quickly begin the process of reconciliation. Land reform was carried out. Rule of law was restored. The divisive language question between Finnish and Swedish was resolved. Political differences were settled in free and fair elections.

In twenty years the wounds had healed to the point where the united Finns managed to successfully repel Soviet aggression. The cost in human lives and territory was heavy but Finland survived as an independent nation.

There are some lessons to be learned from the Finnish experience of national consolidation. In my view the main ingredients were the wisdom and foresight of political leaders combined with the good sense of the majority of ordinary Finns. Together they built inclusive institutions that enabled the development of what I have called participatory patriotism.

The Finns, working together, also fostered an environment where every individual was encouraged to reach their full potential. This was done through universal education and equality between the sexes. The empowerment of women has been particularly important for Finland’s development.

The results of these choices are visible in Finland today. They are etched in our institutions and the culture of equality, moderation and compromise.

I believe these are the ingredients not only for domestic but also international peace and harmony. The problem is that these principles are not readily exportable. Sound institutions and political cultures take generations to develop. They must be allowed to grow strong roots into the local soil.

Only their destruction is easy. Indeed, the problem we face today is that too many seem to question the value of these principles. In many countries democracy and human rights are rolled back. Our common international institutions are under a growing strain and many   claim that their country or its interests should prevail over those of others. This is not the way for peace and harmony but increasing discord, even violence.

We must resist these calls and make the case for moderation and compromise. We must also help each and every individual to reach their full potential. Economic and political opportunities are vital. People must have a say and a positive stake in their own societies. A feeling that they are allowed to make a contribution to their own lives as well as those of others.

We must put special emphasis on the young. The lack of a viable perspective in life is a fertile breeding ground for mass migration, domestic turbulence, religious fanaticism, even terrorism. We must help all the countries in the world to take better care of their young.

Wisdom is indeed wanted in this world. I am enough of an optimist to believe that the kind of wisdom Martti Ahtisaari has shown throughout his career will prevail. Sometimes only after all other options have been exhausted, but eventually it will prevail.

Martti, as we celebrate your many achievements today, we also reaffirm our own commitment to the key principles that have guided your work: wisdom and patience coming together in the unrelenting work for peace. I wish you a happy birthday and many more fulfilling years to come. 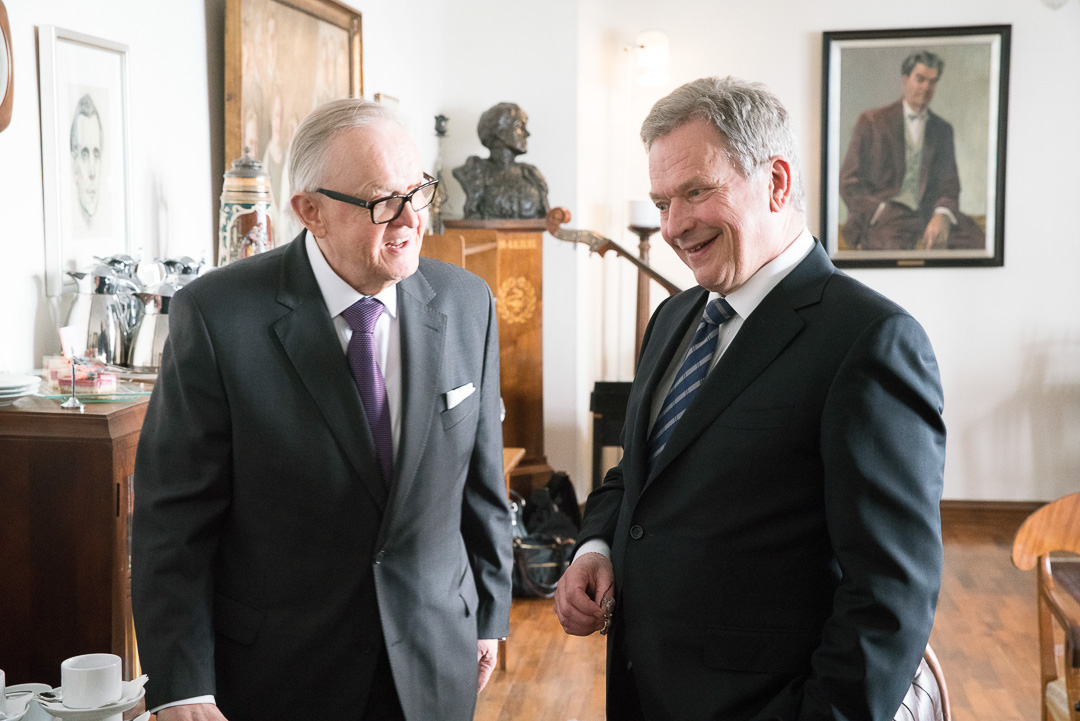 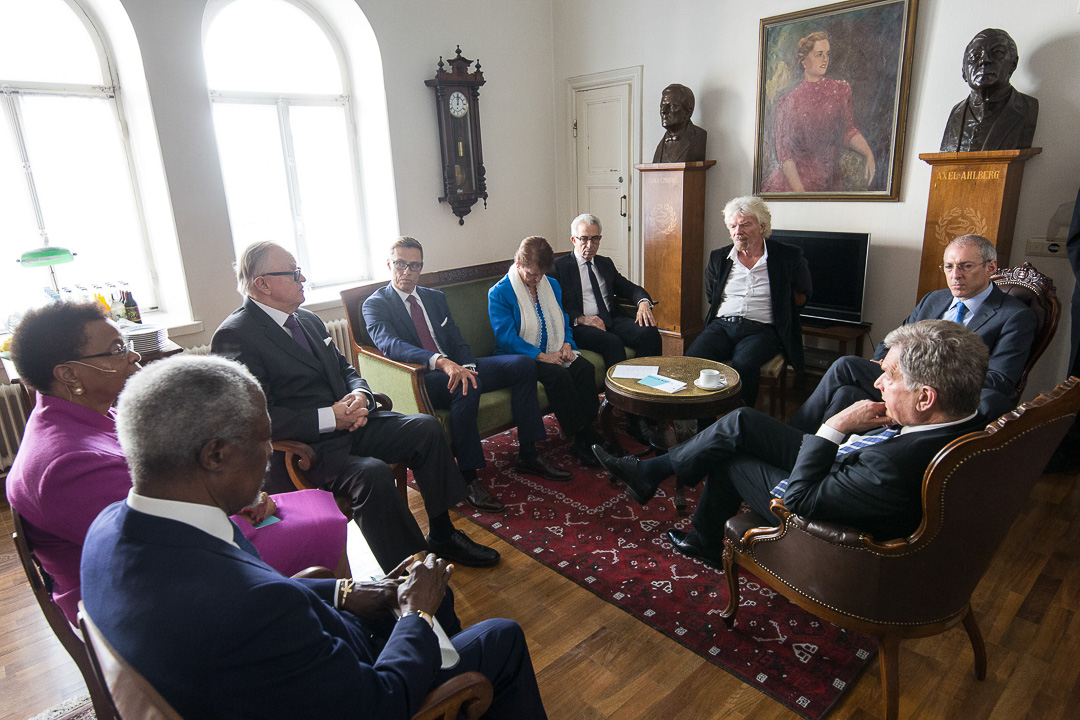