Ladies and Gentlemen, esteemed members of the Atlantic Council

Unfortunately, I can’t be there with you. But I want to thank the Atlantic Council for granting me the Global Citizen Award. It is a great honor.

For more than six decades, the Atlantic Council has worked to strengthen the transatlantic bond. Many who are there tonight have dedicated their life and work to nurturing relations across the Atlantic. The past months have shown that that bond not only remains strong. It is becoming ever stronger.

The transatlantic community is unified and unwavering in its support to Ukraine. We will continue to defend our values and the foundational principles of democracy. The mission of the Atlantic Council, “shaping the global future together”, now has an urgent ring to it.

The transatlantic bond has many strands: culture, commerce, security, politics and more. Preparing for this speech, I tried to think, what its essence is for me personally. It has long roots. It is woven from early memories of a young boy in the Finnish countryside in the 1950s – of American sports, music, and of movies where good always won over evil. It has a flavor of the ultimate American symbol, Coca-Cola. But most of all, its formation has been guided by literature. From Hemingway to Bellow, from Vonnegut to Auster, from Morrison to Egan and many others: literature has been my window to understanding the American soul.

In my political life, I have always seen it as fundamentally important to anchor Finland firmly in the transatlantic community. We have long been a close partner of NATO. Now we are taking the next, necessary step and becoming an ally.

Finland’s decision to apply for NATO membership was a true triumph of democracy. In the Finnish Parliament, it got a 94-percent majority. I am happy to admit that the US Senate did even better with a 95-percent majority for ratification of Finland and Sweden’s memberships. I would like to thank all the senators who supported us.

Also to those who have had their doubts: Finland has a reputation of taking its commitments seriously. As a NATO member, we will commit to the security of the whole alliance, to the security of all allies. To paraphrase President Kennedy, we intend to not only ask what NATO can do for us, but what we can do for NATO.

Over the years, I have had the pleasure of meeting five US presidents. To all of them, my message has been the same: We are interlinked through our values, our economies and our history. And through our future.  Yes, Europe needs the US. But the US also needs Europe. As the world grows more and more insecure and divided, it is imperative that we come even closer together.

The economic consequences of the current war underline the need for ever-closer cooperation to boost our resilience. We need to take a serious look at our supply chains, dependencies and critical industries.

But we must set our horizons beyond the needs of the moment. Our future competitiveness and national security will be closely tied to emerging technologies like artificial intelligence, quantum computing and biotechnologies. Technological standardization is already becoming an arena for geopolitical competition. We need to keep up. And we need to ensure that technology will be developed and used in line with our values. Efforts are already underway to increase cooperation among the so-called techno-democracies. This approach has my full support.

I want to once again thank the Atlantic Council for this honor, and for all your efforts to strengthen our transatlantic community, our bond. The historical record is impressive. But the work is far from complete. Let us use this momentum to better prepare for future challenges. Shaping our global future together is now more vital than ever. 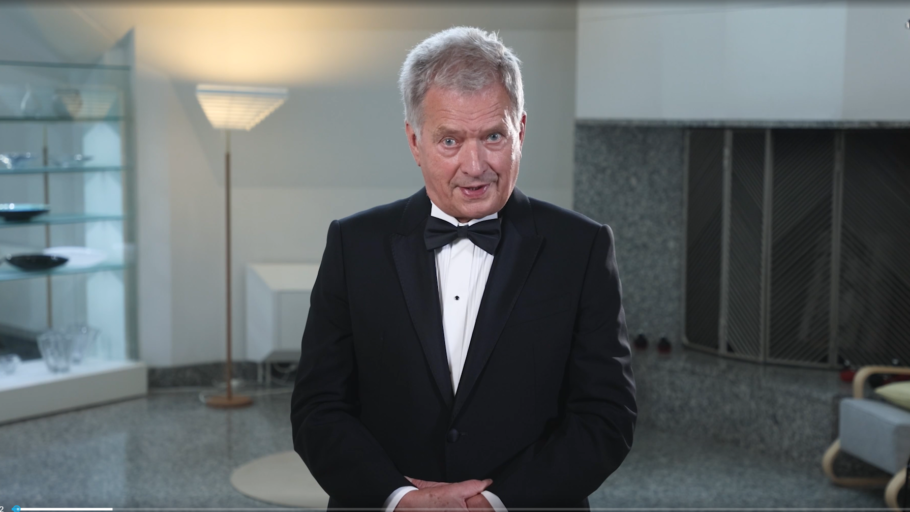